12 times we adored Selasi on the Great British Bake Off

Sadly, Selasi had to leave the Bake Off last week but during the show the nation fell in love with this very, very relaxed contestant. Sadly, Selasi had to leave the Bake Off last week but during the show the nation fell in love with this very, very relaxed contestant

Here are 12 times our hearts melted for Selasi...

When he was almost sent home, but still looked incredibly chilled out 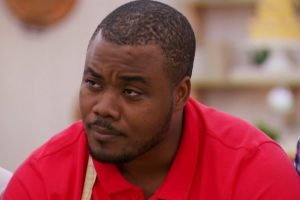 BBC/OK Magazine[/caption]
Everyone else was on the edge of their seats moments before hearing who was going to leave meanwhile, Selasi looked as chilled-out as possible!

When he made this face, what a cutie!

When he tested the stiffness of his mixture on Benjamina's head 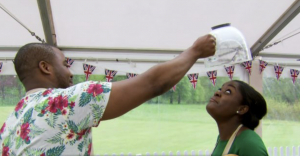 BBC/OK Magazine[/caption]
Watch out Benjamina! We loved the bond these two had on the show!

When he went to visit his beloved in his spare time

From London to Somerset! Did someone say ROAD TRIP? Seeing my favourite pensioner in Wells. Definitely worth the ride @valcake.walks 😉 🏍 perfect excuse and weather to get on motorbike 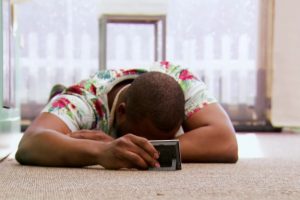 BBC/OK Magazine[/caption]
Taking a break crucial when your bake's in the oven, even if you're a chilled out kinda guy.

When he sat on the floor (again) but this time, Sue joined him 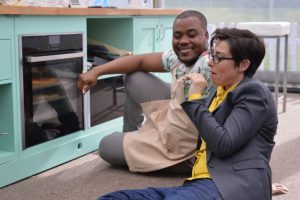 BBC/OK Magazine[/caption]
Sitting on the floor is great for Selasi, clearly, but even better when Presenter Sue decides to join him. We'd love a little down time with Selasi ourselves!

When everyone else was stressed and he was just eating biscuits 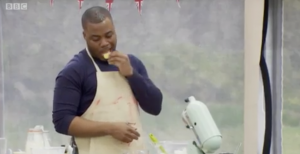 BBC[/caption]
Just chilling in the corner, whilst the mayhem just carries on around him, as you do. 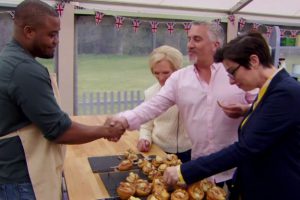 BBC/OK Magazine[/caption]
NO BIG DEAL!? We'd be beaming, glowing, swanning around like we were the Queen of baking but Selasi did not seem to be fazed one little bit by the gesture.

Well, it was just a smoking oven. But Selasi was just laid back, calling for help for his baking station, as you do.

When he had a cardboard pipe, for just a second 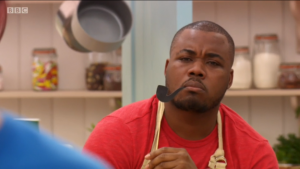 
Did you see this happen?

Last but not least finally when he got a little bit of cream on his nose. 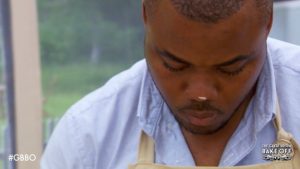