Latest
Toffee apple tart Types of icing: how many do you know? Autumn berry traybake pudding WIN! A Sourdough Baking Class at Two Magpies Bakery worth £225! How to make an octopus sugarpaste cake topper 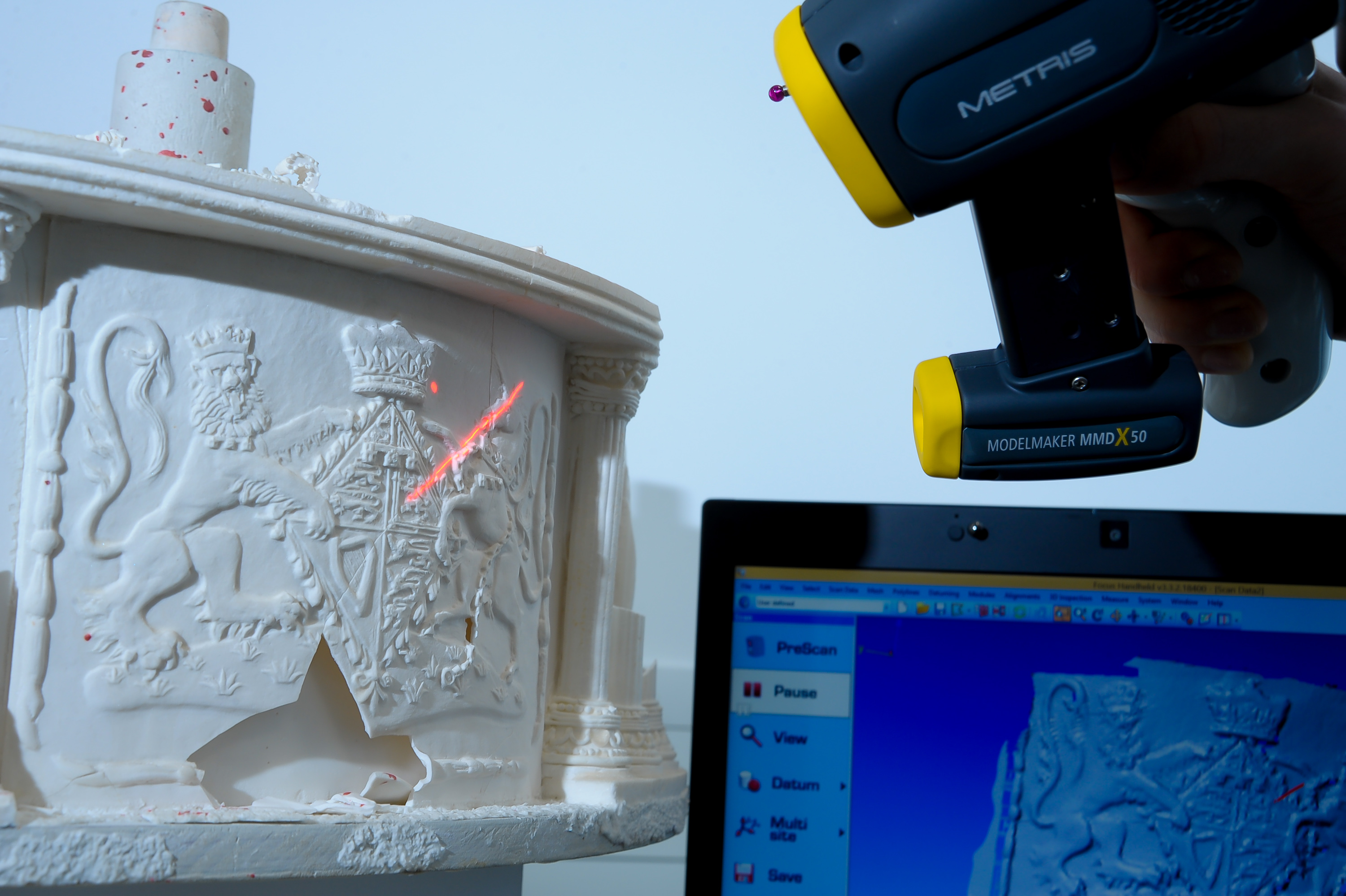 Image: University of Warwick [/caption]
Professor Mark Williams at the University of Warwick, alongside the British Sugarcraft Guild (BSG), got access to 3D scanning technology to recreate a complete replica of a wedding cake presented to Queen Elizabeth II and Prince Philip – which was almost totally destroyed by vandals in 2015. The technology was successful in to accurately scanning the cake to within 0.1mm and was able to reproduce a high-resolution 3D model that will then be used to digitally repair the cake. Analysing the surviving parts of the cake – an intricate 6ft ensemble, consisting of 6 tiers, Williams found out precisely how it was put together and he was able to determine exactly how to restore its original splendour. This historical foodie feature was originally created by Peek Frean in 1947. It weighed six hundred pounds, and at the top stood a silver model of St George and the Dragon, which was given to the royal couple as a souvenir. Queen Elizabeth wrote how she and Prince Philip “admired the beauty of its design and the excellence of its quality.” The life-sized model was displayed in the Peek Frean & Co factory until its closure in 1989. A permanent exhibition about the company later opened in a South-East London museum – of which the cake was a major part – although during a change of premises for the museum, the cake was left behind, as it was too delicate and precious to transport. Sadly, the iconic cake was vandalised during this time and nearly completely destroyed however, now it be returned to its former glory, thanks to the cutting edge solutions. Professor Mark Williams said: “It was fantastic to apply our technology to such an exciting project and help restore such an iconic cake to its former glory, especially in the year of the Queen’s Golden Anniversary.

“Usually we are working on engineering-related challenges, so to be able to take our expertise and transfer that to something totally different and so historically significant was a really interesting opportunity.”

The tiers of the cake were distributed to the seven British Sugarcraft Guild regions in the early Autumn 2016 together with the materials, templates and plans for the relevant tier. Initial coating of the cakes has been completed and the cakes are now ready for the detailed decoration to commence. This story first appeared on the Stratford Herald
Content continues after advertisements