Latest
How to model a Count Dracula topper Around the world in 100 cake ingredients The Great British Cake Survey 2021 results are in! What do eggs do in a cake? We bet you under-'egg'-stimate them, don’t you? WIN! Cake bundle from Sweet Success

Entries into the 15th World Marmalade Awards in 2020 came from all around the globe, containing hundreds of interesting ingredients and citrus. 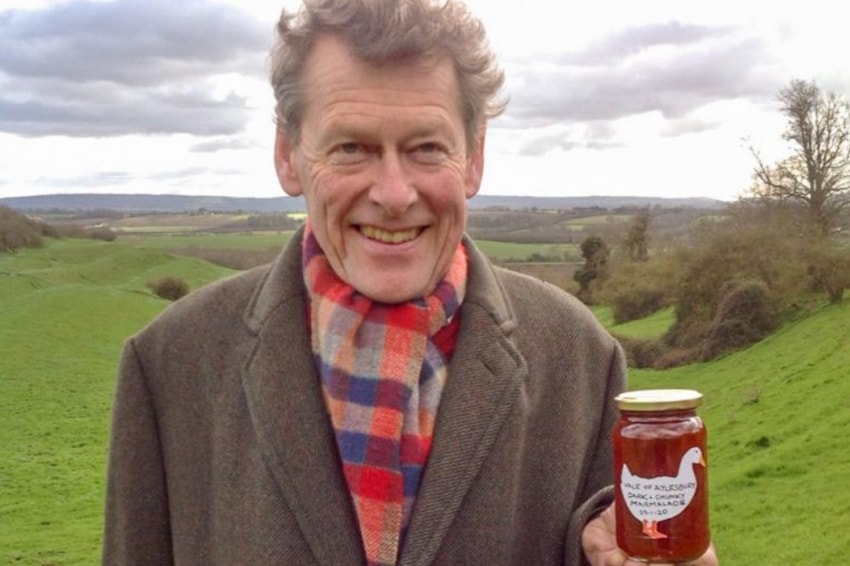 Entries into the 15th World Marmalade Awards in 2020 came from all around the globe, containing hundreds of interesting ingredients and citrus.

Yet it was a classic Aylesbury Vale ‘Dark & Chunky’ marmalade that bowled over the judges at the 2020 Marmalade Awards, seizing the Double Gold ‘Best in Show’. This marmalade, now officially the best in the world, shows that winning the top prize is not just about interesting additions – if done properly, you can’t beat a classic. The creator of this marmalade, Jonathan Hamel Cooke, has entered the Marmalade Awards since 2007 and has won 53 Gold Awards and 10 Categories, including 3 previous wins for his Dark & Chunky. Inspired by his success and the feedback of the WI judges, he updated his ingredients and method in 2020, with fabulous results. Jonathan says: ‘Having won various classes over the years, I thought my Marmalade was good, but possibly lacking in originality. I am therefore so delighted to have achieved Double Gold with the classic Dark and Chunky Marmalade, a particular favourite of mine. I like a sharp reduced sugar Marmalade with that old fashioned bitter taste. This year I have omitted lemons as the Seville orange abounds with pips for pectin and is very acid in its own right. Technical improvement was enabled every year by addressing the constructive comments from the W.I. Judges on the scorecards. The ever-elusive top prize had to be pursued!’ This marmalade has now been commercially produced by Thursday Cottage and will be sold throughout the year at Fortnum & Mason and Dalemain, with 50p from each jar going to Hospice at Home. The judges were all blown away with the depth of flavour, subtlety and aroma, and look forward to sharing it with everyone. The Artisan Awards are now internationally renowned as the standard for top quality marmalade with entries received from over 40 countries including Kuwait, Lebanon, Argentina, New Zealand and the USA, as well as across the UK. The coveted ‘Double Gold’ prize for the Best Traditional Marmalade went to Jaki Morris of Perfectly Preserved for her Lemon & Lime marmalade, another classic preserve from Worthing, England. The Double Gold International Marmalade was won by Enami Farms in Japan, whose Heda Tachibana marmalade uses water from the Kakita river, said to be the melted snow of Mount Fuji, and aims to protect the delicious and now endangered Tachibana citrus fruit. The Marmalade Awards have always championed creativity, and this year the Double Gold Savoury Award was given to Czech producer Radka Bejdakova of Kreativni Kulinarstvi, for her citrus preserve, which contains lemongrass and basil and is designed to be eaten with savoury food. All of these Double Gold marmalades will be on sale at Fortnum & Mason in their flagship Piccadilly store. Sadly, owing to the global nature of the Festival and the spread of coronavirus, organisers of the Awards had to make the difficult decision to cancel the Festival on 14th & 15th March. Awards founder Jane Hasell-McCosh says that they have been overwhelmed by the support they have received from around the world following this announcement. Jane says: ‘It was a tremendously difficult decision to cancel the Festival, but we had to act in the best interests of the public and all of our volunteers. We have been so touched by the messages of support we have received – one visitor from Kuwait has even promised to donate the money she would have spent on visiting the Festival directly to our key beneficiary, Hospice at Home, which is such a wonderful gesture. We are so grateful that the competition has been able to take place as normal, and we received even higher numbers than last year, with over 3000 entries! These have all been judged, and the money raised will be added to the £250,000 already raised by the Awards for palliative care in the UK and worldwide.’ Plans are already underway for a ‘citrus celebration’ to take place later in the year. This will be a chance to celebrate the many people using citrus to change lives, such as the founder of the Senegal Marmalade Contest, who is encouraging women’s co-operatives to make and sell their own products using local fruits, and the local Afghanistan farmer who is planting citrus groves to support his essential oil distillery. There will be lectures, workshops and, of course, the hugely popular marmalade tastings. All 2020 winners will be invited to attend the Awards in 2021, making it a double celebration. In the meantime, organisers hope that everyone will enjoy trying the Double Gold winners and making marmalade all over the world.