A Chicken McNuggets cake? The cake fooling the internet...

Mardie's cake looks just like a box of McDonalds Chicken McNuggets. Many couldn't believe it wasn't really a box of McNuggets! 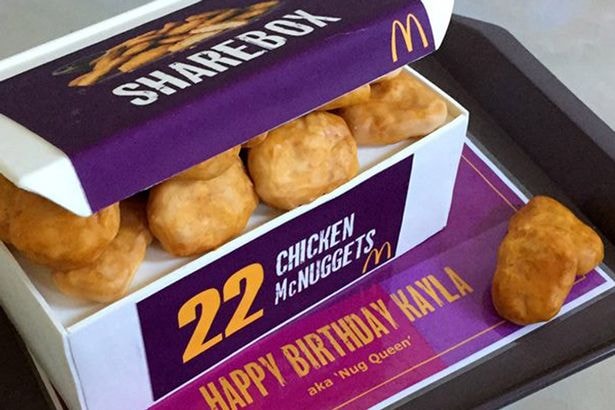 Taking six hours in total, Mardie's cake looks just like a box of McDonalds Chicken McNuggets. She posted her creation online and many couldn't believe it wasn't really a box of McNuggets. The McNuggets cake is made out of a chocolate sponge, meringue butter and covered in chocolate ganache and marshmallow fondant. The nuggets are made using rice crispy treats, covered in modelling chocolate and airbrushed to look like real chicken nuggets. Mardie explained that she made the cake for a 'nug queen' for her 22nd birthday. She loves illusion cakes so wanted to give them a try for herself. Going the extra mile, Mardie creates everything from scratch, even designing and printing edible labels.

Look at some more incredible illusion cakes here, or read more from our 'Fun' section.