Latest
Autumn berry traybake pudding 7 healthy baking swaps Toffee apple tart Sourdough; the real and the fake explained Types of icing: how many do you know?

‘Brewnies’ prove to be winning formula

A former local government worker left the rat race to devote her days to baking beautiful brownies and came up with the idea of brewnies! A former local government worker who left the rat race to devote her days to baking beautiful brownies has pioneered a unique recipe which is taking sweet-toothed shoppers by surprise after adding a secret ingredient to her culinary creations… beer!

Heather Moore, who lives in Middlewood, set up her booming brownie business We Luv Brownies in October 2014. After spending time perfecting and refining her culinary creations, Heather recognised that she needed to grow her business and turned to Launchpad; a unique business scheme delivered across the Sheffield City Region designed to help new entrepreneurs transform ideas into a commercial reality.

A visit to her local brewery, Bradfield Brewery, inspired Heather to add beer to her recipe and to her surprise she discovered the end result was a richer tasting brownie which intensified the chocolate flavours.

Her unique creation proved to be an instant hit at local farmers markets, but like many other new entrepreneurs she recognised that if the business was going to succeed she needed to develop a regular customer base, allowing her to transform her hobby into a full-time commercial venture.

Through the Launchpad programme Heather received advice from an experienced business advisor who worked with her to develop new markets for her products.

Today Heather produces over 300 brownies each week which can be found in coffee shops throughout Yorkshire and are also proving to be a surprise hit in some of the city’s pubs. Heather’s Stout and Belgian Blue beer based brownies are just one of the eight varieties she makes, as well as best sellers Blondie, Salted Caramel and a selection of gluten free flavours.

She is now planning to expand her business further by selling online as well as relocating the business from her own kitchen to commercial premises. 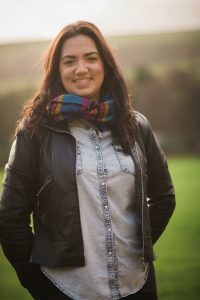 “I’ve always enjoyed baking and my recipes were well received by friends, family and work colleagues, but selling to a complete stranger for the first time was something which both excited and terrified me in equal measures.

“Leaving a secure career and taking a step into the unknown was a leap of faith but I decided to give it a try. Running your own business can be daunting for anyone, but Launchpad helped me to understand the nuts and bolts of what it takes to run and grow your own business as well as giving me the confidence in face to face interaction with customers and in my business idea as a whole.

“Our work with Heather helped to give her the confidence in her vision. The scheme is aimed at helping people who have never run a business before and by spending time attending the free workshops and accessing the one-to-one support available through the programme, Heather has gained invaluable business lessons, but perhaps more importantly the knowledge and confidence to believe in her idea."

For more information on the Launchpad programme and how it operates throughout the Sheffield City Region, contact the SCR Growth Hub Gateway on 03330 00 00 39 or visit www.scrlaunchpad.co.uk