A bride has been reportedly left heartbroken when the cake she ordered turned up looking more like a lopsided "turkey with leprosy". 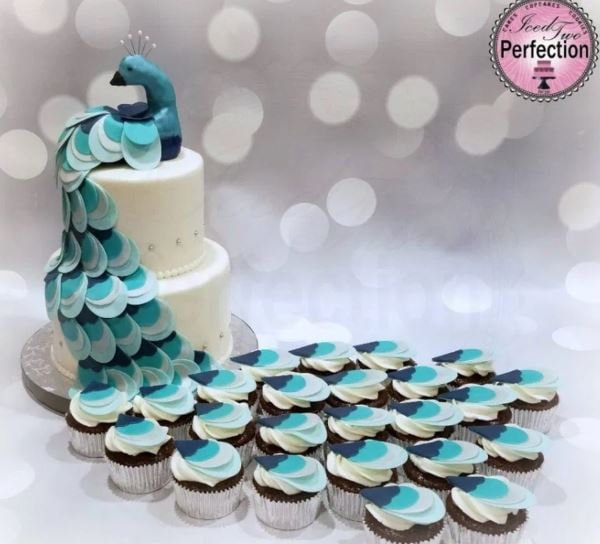 We love a good cake fail here at Baking Heaven HQ, and this is a good one!

A bride has been reportedly left heartbroken when the cake she ordered turned up looking more like a lopsided "turkey with leprosy". We've all seen those gorgeous photos on Instagram of the peacock design spread out across cupcakes. It's a gorgeous design... when done right. Unfortunately, for Rena Davis from the US, that was the case for her wedding cake. She'd spent over $300 (around £242) on her cake, asking the baker to recreate the stunning design of a blue peacock on top of the white cake, with the blue feathers cascading down across cupcakes to illustrate the tail. She had spoken to the baker, sending her a photo, who said she could make the design. "I called her and we agreed she would make the cake in a heart shape, and instead of one peacock she would make two." As the big day got closer, she was reassured that all was going to plan, but when she finally saw the cake the night before the wedding she realised things were far from OK. Rena was horrified when she was delivered a lopsided plain white cake, with an oddly shaped 'bird' on top precariously balanced on top. 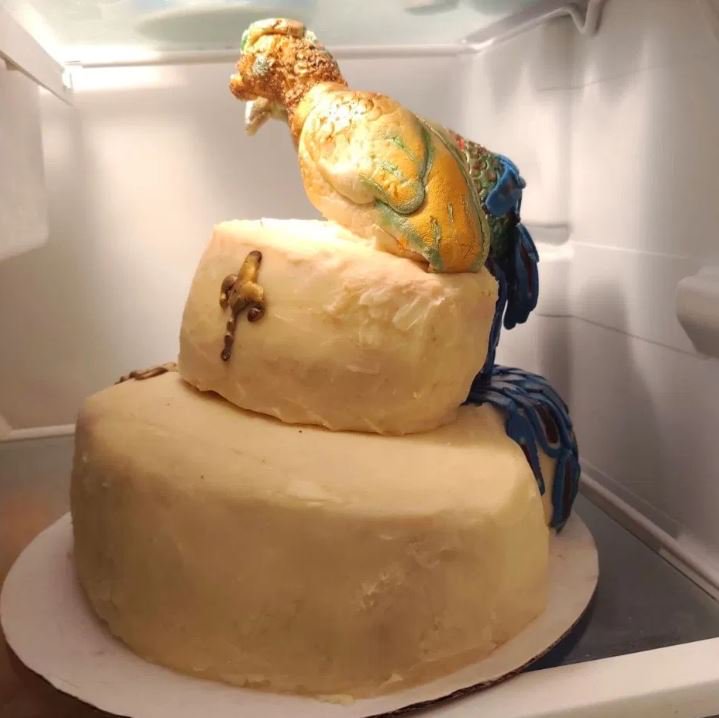 Not only that, but minutes later one of the peacock heads actually fell off! Rena recalled thinking "really, are you serious?" as the baker showed her the cake. "I just walked out of the room. I had nothing else to say to her." She then did want anyone would do - asked for her money back. But the baker insisted it could be fixed. She returned later with some Rice Krispies to attempt to reattach the bird's head. You couldn't make it up. One thing Rena had asked was that the birds to be made of fondant, but they had instead been made with buttercream - and all in different colours to what had been agreed. The baker insisted it had taken her 50 hours to make, and refused to give her a refund. 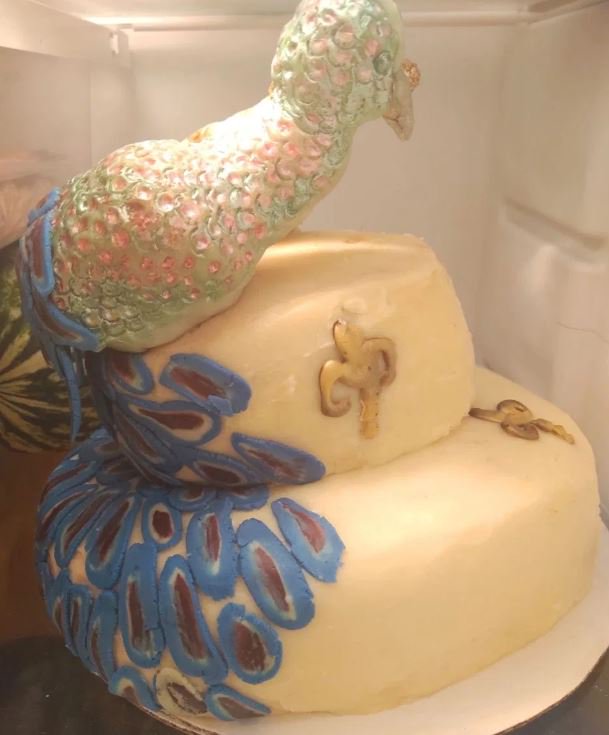 Rena was forced to use two cakes from Walmart for her special day as her frantic search the morning of the wedding was unsuccessful. Rena's sister-in-law, Annette Hill, told social media that "the one 'peacock' looks like a turkey with leprosy or something, and the white bird, which isn’t white at all, doesn’t even have a tail or look like a bird in any way, it’s just a brown BLOB! There’s NOTHING supporting the ‘birds’ and the cake was already sinking so bad from their weight when it was delivered and it continued to sink worse overnight until the next morning, the day of the wedding, the birds were almost sitting on the bottom layer. So, on the morning of her wedding, the bride was going from store to store trying to find a cake that would be suitable to use for her wedding." After gaining attention online, Rena did finally get her money back from the baker, receiving an envelope in her letterbox. "We've heard nothing from her since. She had not called or anything. The only reason she gave a refund now was because of the viral post."