Latest
Vietnam’s cuisine: A feast for the five senses How to model a fondant man sitting down Ideas for baking and cake decorating this spring  7 healthy baking swaps Types of icing: how many do you know? Georgia Green, who has baked cakes for celebrities such as Cara Delevingne, is hoping to be the next Nigella 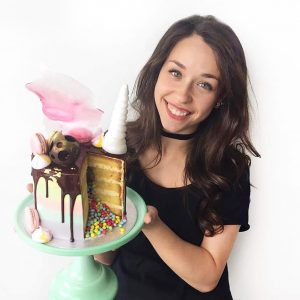 Image: Georgia's Cakes/Facebook[/caption]
Georgia Green captures the mentality of the younger generation inspired by shows like Masterchef and Bake Off to make a career in baking and cake decorating, self publicising via social media. The 25-year-old aims to become the next Nigella and sees “a gap in the market for a freshfaced baker”.

“I want to become a personality in food. Bake Off has got everyone baking from teenage girls to middle aged men but there isn’t a young Nigella or a Lorraine Pascale out there. Mary Berry is the most recognisable face of baking. I love her but how old is she?” 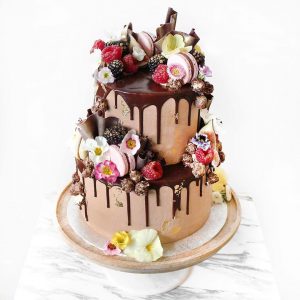 Image: Georgia's Cakes/Facebook[/caption]
Living in Golders Green, Georgia has a whopping 42,000 Instagram followers and posts fabulous recipes, blogs and live interactive videos on Facebook and food site Tastemade. After school, Georgia did an art foundation course then dropped out of an animation degree to study patisserie. She was “relatively interested in food” but had no idea that she could build a career out of it until she attended the Cordon Bleu open day.

"I like maths and patisserie is quite logical. It has to be accurate or it doesn’t come out right.”

Georgia was head chef at the Black Truffle Deli in England’s Lane and from there she started Georgia’s Cakes, making bespoke cakes for weddings, and birthdays with a focus on natural ingredients, artistry and fun decoration. [caption id="attachment_11950" align="aligncenter" width="400"] 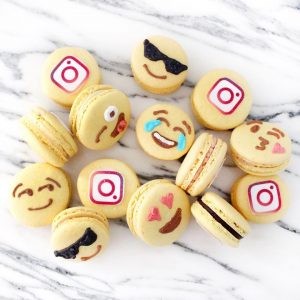 Image: Georgia's Cakes/Facebook[/caption]
Her cakes went viral when model Cara Delevingne asked he to bake a cake for a DKNY campaign. “I didn’t know what Instagram was, but two nights before the job I started an account and uploaded pictures of my cakes. When I gave her the cake the paparazzi were in my face and she was going crazy over the cake. I asked her to tag me and later that day my phone went mad with 4,000 followers.”

Social media is great for foodies who want to make it, platforms such as Instagram, says Georgia, are “perfect for food it’s so visual, baking is huge on social media platforms it comes really naturally to me to be in front of the camera" Georgia admits to wanting her own TV show and wishes that more people would like the phrase ‘all things in moderation’ as it sums up what she eats during the day; a good breakfast, salad for lunch and a pizza for dinner. We like her style. This story first appeared on Ham and High
Content continues after advertisements