Latest
Types of icing: how many do you know? Guy Fox and his Bonfire Night Treats Tate and Lyle’s Sausage Rockets How to make a Scandi Christmas cake 7 healthy baking swaps 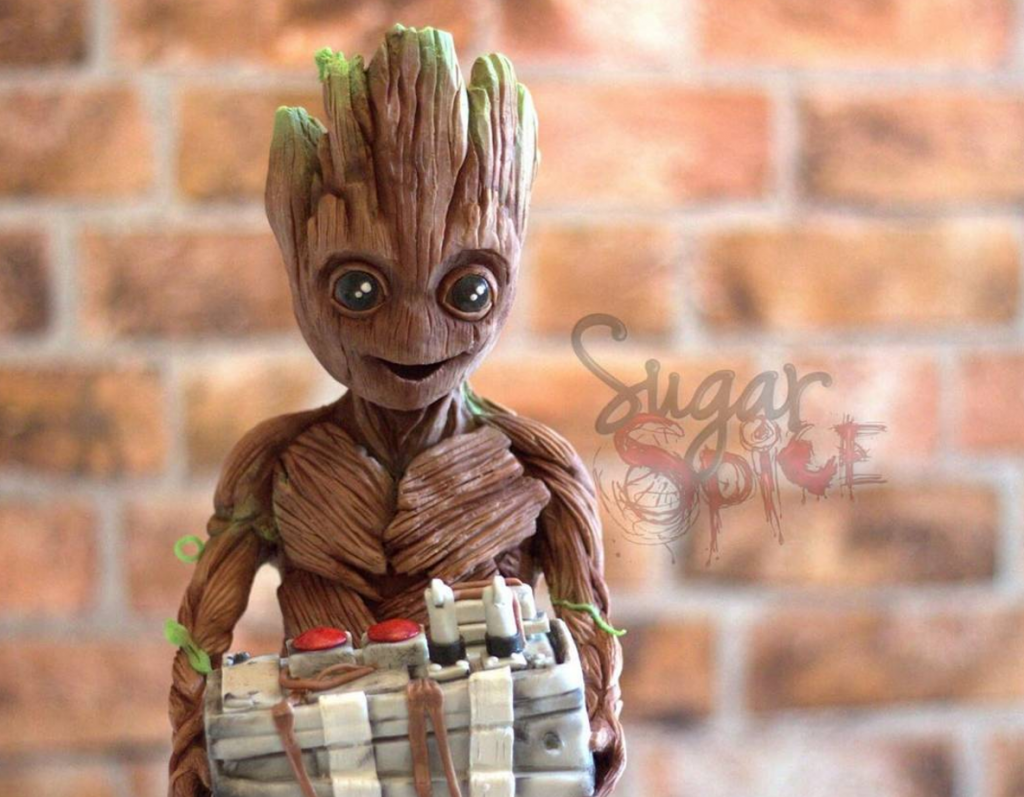 Image: Sugar Spice Cakes/ Instagram[/caption]
Laura Miller, 29, of Sugar Spice Cakes, in Chineham, Basingstoke, made a chocolate sculpture of the Marvel character Baby Groot, from the upcoming Guardians of the Galaxy sequel, who then got her work noticed by the film’s director, James Gunn. Made of approximately three kilograms of chocolate and taking seven hours to make, the cake caught the attention of Mr Gunn on social media, where he shared it on his Facebook, Twitter and Instagram accounts to more than 280,000 followers, it then went viral. Laura said: “It was great, we really geeked out when we saw that he had seen it. “Even though we tagged him in it, we didn’t really expect anything to come from it. “I’m a big fan of Guardians of the Galaxy, and this was a bit of fun that I purely did on the side.” This isn’t Laura’s first chocolate sculpture, having already made one of DC’s Joker and Harley Quinn. Each and everyone of Laura's amazing cakes, from conception to consumption, is a bespoke work of art made specifically for each of her clients. Take a look at Laura's website here This story first appeared on The Daily Echo – Southern
Content continues after advertisements