We've teamed up with our friends and brilliant Great British Cake Decorator Competition sponsors at Cake Stuff to take a closer look at their sleek and chic new sugarpaste... Cake Stuff is a small, family-run business based in the historic village of Lesmahagow, in Lanarkshire, around 20 miles South of Glasgow in the tropical South West of Scotland and ship hundreds of orders every day to tens of thousands of lovely cake making customers all over the world!

They are a completely on-line business and everything they do is designed to make the ordering, picking and delivery process from their two warehouse locations as slick and efficient as possible, so that your order arrives quickly and safely.  They don't have a physical shop and don't accept orders by phone - simply because it would be physically impossible to offer these services without them slowing down how fast they can ship and deliver your orders.

All of this, as well as sponsoring our brilliant Great British Cake Decorator competition? Who could ask for more!

We asked Cake Stuff about their chic and sleek new Couture Sugarpaste...

"Since its launch a couple of years ago, Couture has very quickly become one of the top selling and most sought-after sugarpastes available."

Developed with the help of artisan cake decorators specifically for use on top quality cakes, where quality of finish is everything, Couture has outstanding handling and covering properties that have proved a revelation for thousands of cake makers, including countless professionals and competition winners.

Couture has always used only the very best (and expensive) ingredients such as Gum Tragacanth and ultra-fine icing sugar.  This commitment to investing in the best ingredients available results in a sugarpaste icing with incredible qualities.  Couture rolls out thinly, forms the smoothest finish, won’t easily tear or crack, is ideal for taller cakes, doesn’t form elephant skin, can be used for modelling and, most importantly, tastes absolutely delicious. 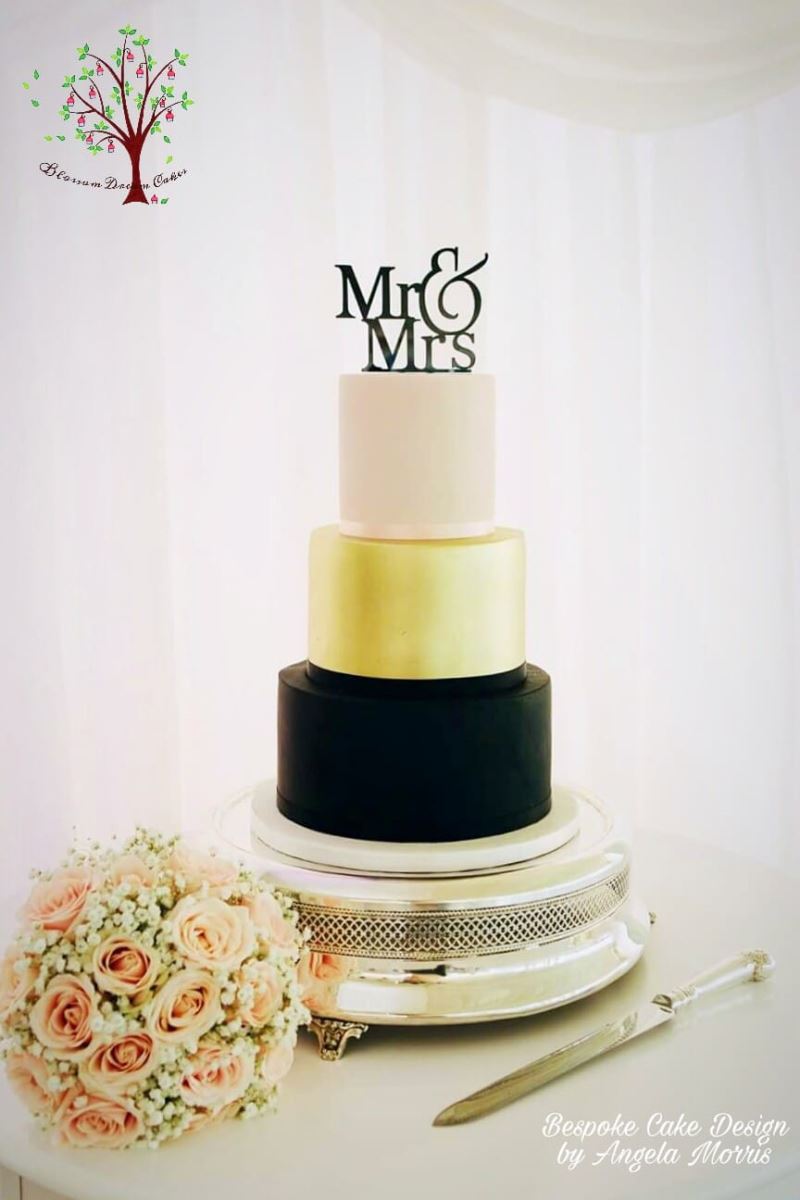 Couture is made in what cake decorators will know as a ‘Tropic’ style – suited to warm conditions so that even the most elaborate Summer wedding cake will look stunning and remain safe.  It feels pretty firm at first touch but after a good knead to activate the natural gums, it handles like an absolute dream, even with extra large, extra deep cakes.

Cake Stuff have a programme of continual development in place, so constant feedback from regular customers has allowed Couture to evolve and improve through a series of tiny tweaks, each one making it just that little better than before."

Cake Stuff Director, Jean Young told us, “Originally, Couture was produced on the ‘small’ production line, where we mixed 350kg at a time and some of the ingredients were added manually.  We found that this human involvement could cause a little inconsistency between mixing batches, so every now and then we’d hear about a box that was too soft or another that was too firm. We’re delighted that because Couture is now in such demand, production has moved to the ‘big line’ – a million pound, state-of-the-art, fully automated, computer controlled production line.  Because everything is automated, we’ve removed any risk of little inconsistencies and we’re producing tonnes of beautiful sugarpaste icing every week”. 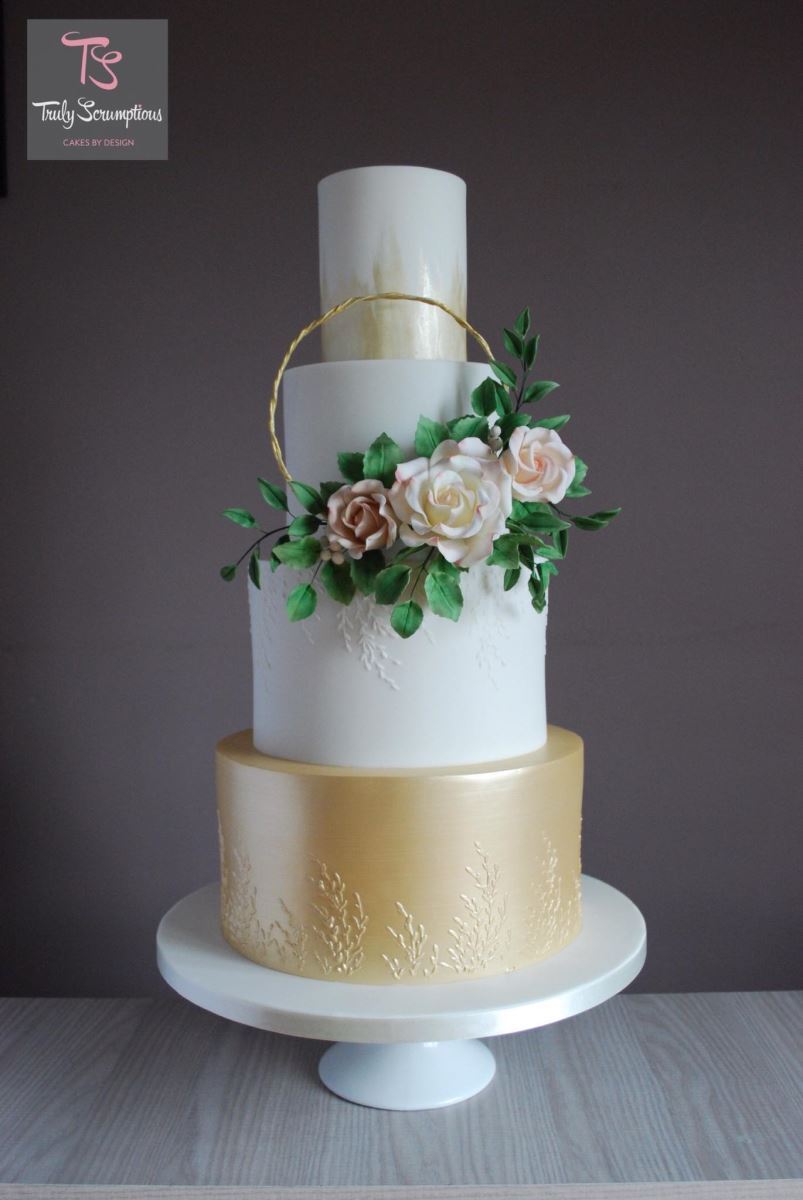 "Couture is currently produced in white and ivory in 2.5kg packs and 5kg boxes, with other popular colours in development that should be available soon."

Couture is suitable for vegetarian, vegan, gluten and dairy free diets, it is certified Kosher and suitable for Halal.  Even the palm oil used is RSPO certified sustainable and ethically produced to avoid damaging valuable wildlife habitats – no orangutans were harmed in the making of this icing!

And as if all this wasn’t already enough of a reason to try Couture, every 5kg box sold provides one good meal for a child.  Working with the charity Mary’s Meals, Cake Stuff have provided over 100,000 meals for some of the world’s poorest children since January 2017. 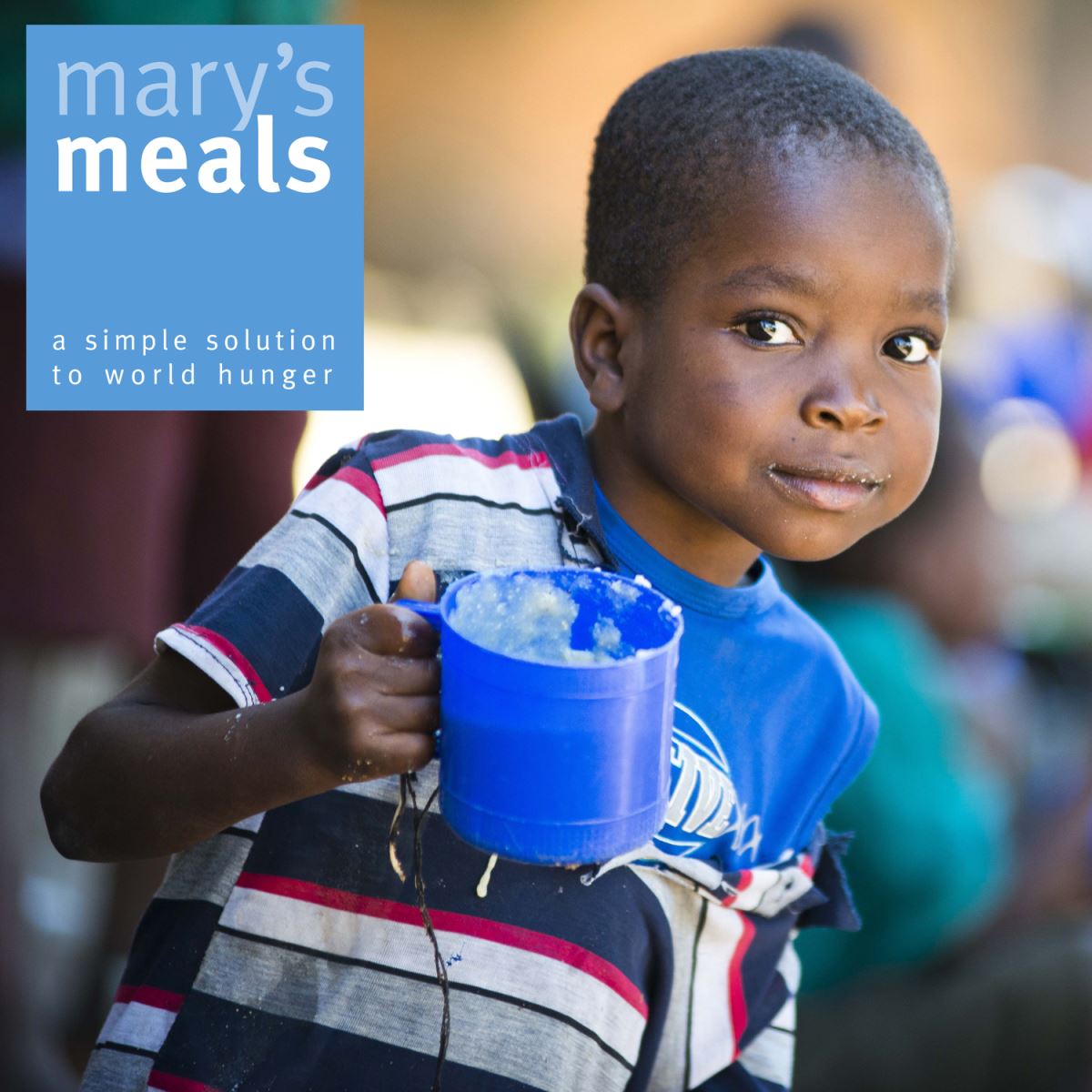 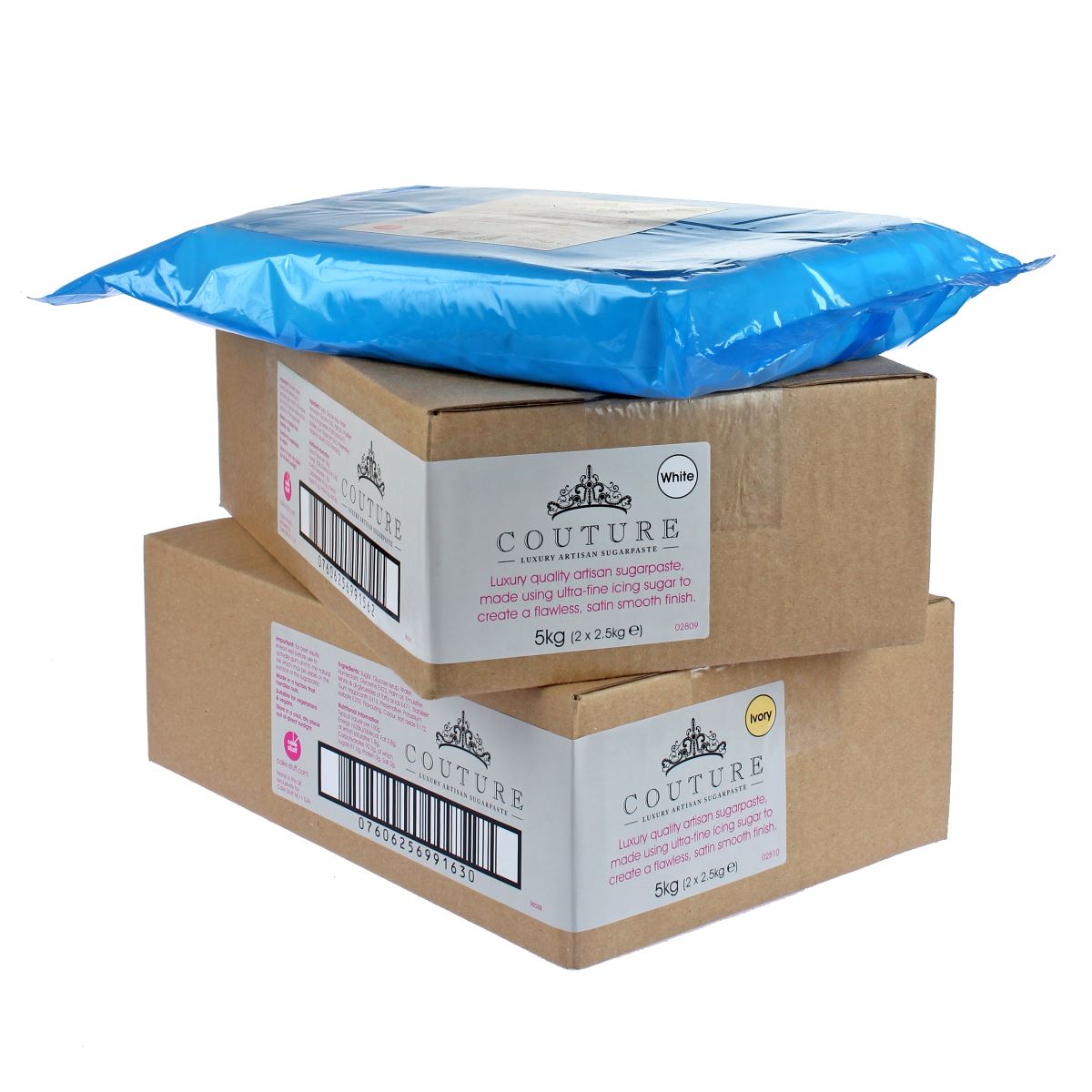 Cake Stuff have put decades of experience working alongside top cake decorators to very good use – a luxury quality sugarpaste that’s good enough for competition cakes, but inexpensive enough to use on everyday cakes.  With comparable quality sugarpastes costing up to three times as much, Couture remains the sugarpaste of choice for thousands of busy cake makers in the UK and across Europe.

We’re confident that once you try Couture you’ll be converted.  Even if you tried it in the past and felt it wasn’t quite right for you then, years of little tweaks have all added up to help create what is now a quite remarkable sugarpaste.  There’s no better time to give it a try!" 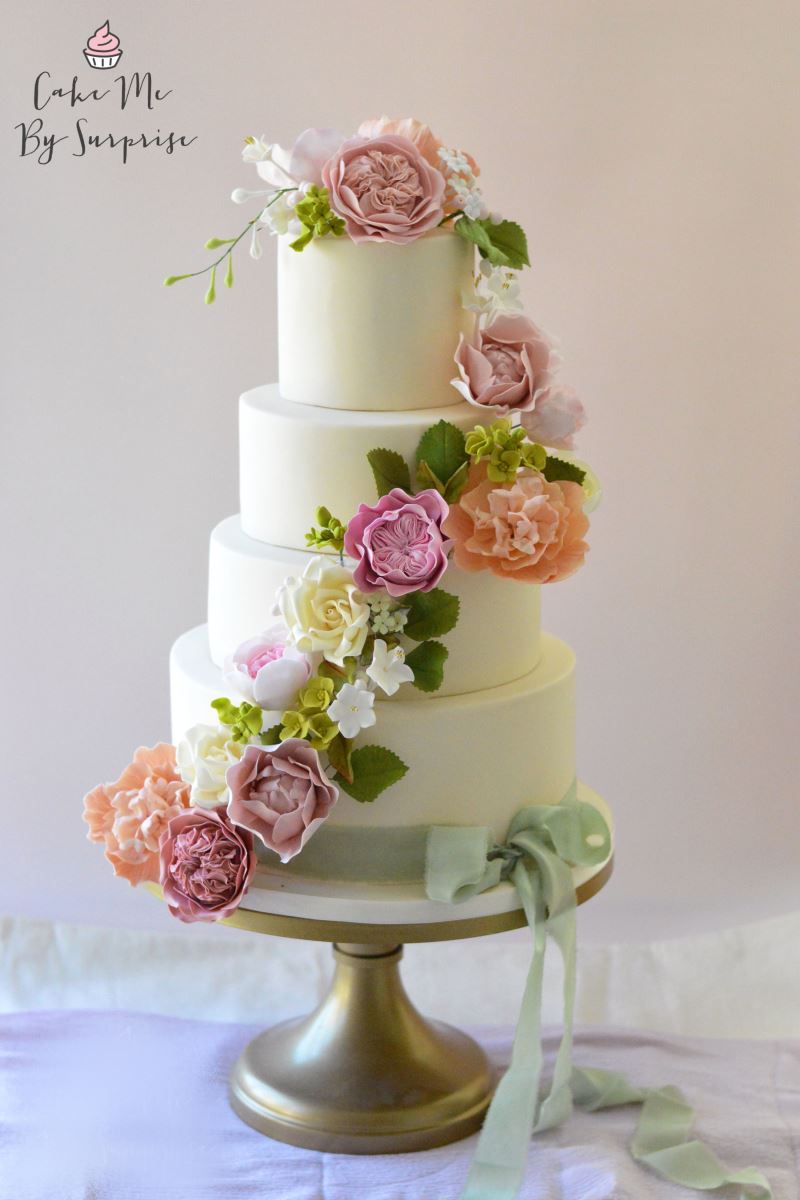 Couture Sugarpaste is made exclusively for Cake Stuff. Over 8,500 top baking, cake decorating and sugarcraft products at fantastic prices, ready to be delivered straight to your door.

Well, what are you waiting for? Pick up this fantastic product today!