Latest
Caterpillar cake Around the world in 100 cake ingredients Maryland cookies £10 tickets to The Cake & Bake Show this October! How to create a chalkboard effect cake

The cast of Derry Girls will be donning their aprons for the festive special of The Great British Bake Off on New Years Day! 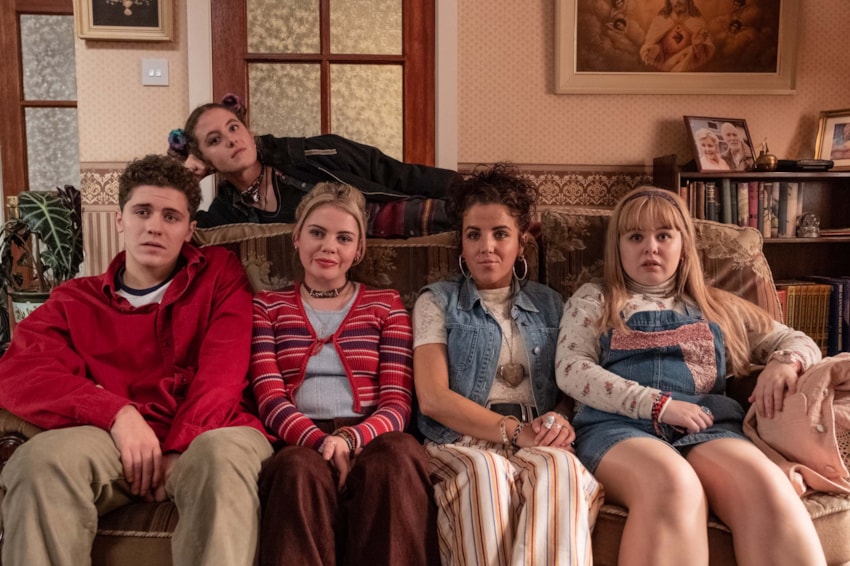 It's been announced that the cast of Derry Girls will be donning their aprons for the festive special of The Great British Bake Off this year. Saoirse-Monica Jackson (Erin), Nicola Coughlan (Clare), Jamie-Lee O’Donnell (Michelle), Dylan Llewellyn (James), and Siobhan McSweeney (Sister Michael) are all confirmed for the special which will air on New Years Day. The other festive special this year will feature past contestants 2017's Tom and Yan and 2018's Briony and Terry! Nicola Coughlan, who recently finished filming for new Netflix show Bridgerton, announced the news on Twitter. https://twitter.com/nicolacoughlan/status/1192499399055810560 The press release included in the tweet said: “The Great Festive Bake Off sees Noel, Sandi, Prue and Paul welcoming brand new bakers to the festive tent for the first time, in the form of the Derry Girls star cast. Baking up some New Year’s inspired bakes and competing for the coveted Star Baker title are Saoirse-Monica Jackson, Nicola Coughlan, Jamie-Lee O’Donnell, Dylan Llewellyn and Siobhan McSweeney. Together they'll see in the New Year with London Community Gospel Choir." It's certainly a crossover we never saw coming – and didn't know we wanted! – but are now very excited about! Derry Girls is an award-winning comedy from acclaimed writer Lisa McGee who has mined her own experiences to create a candid, one-of-a-kind, family-centred comedy set against the spectre of The Troubles. It’s the early 90s, and Erin and her friends are used to seeing their country on the nightly news and speaking in acronyms (The IRA, The UDA, The RUC). It’s a time of armed police in armoured Land Rovers and British Army checkpoints. But it’s also the time of Murder She Wrote, The Cranberries, MJ and Lisa Marie, Doc Martens, bomber jackets, The X Files, Nirvana and Wayne’s World. And while The Troubles may hang over her home town, Erin has troubles of her own. Warm, funny and honest, Derry Girls takes a look at the everyday lives of ordinary people living in extraordinary times… Watch all three series for free on 4OD.