Eight Things I Learnt From The Great British Bake Off...

Bake Off is back! And with it come 12 new contestants to experience the highs and the lows with as they work their way through cakes, biscuits, tray bakes.. Bake Off is back! And with it come 12 new contestants to experience the highs and the lows with as they work their way through cakes, biscuits, tray bakes and many other delights. In the first episode we have cakes...and I learnt a lot...

1. The importance of a good crack. When making madeira cake the most important thing seems to be to have a good crack appear on the top of the cake (and not simply to have a good time - as that might otherwise imply). Poor Ugne didn't have a lot of luck with hers and didn't put quite enough thyme in, but Nadiya did an amazing job with a good crack and the perfect amount of cardamom - something Paul was quite worried about in the beginning. 2. Make sure those chunks are evenly distributed! Alvin had a few issues here - after Paul pointed out the size of his chunks may cause them sink, low and behold, they did - always listen to Paul when it comes to deciding on chunk size! Despite the same concerns, Sandy's chunks came out on top, well done Sandy! 3. The judges don't like wall paper paste. Poor Ian. It also transpires Dorret's floppy candied peel wasn't a big hit either. 4. If at first you don't succeed, try, try...and try again! The proof of this was definitely in the pudding for Alvin who struggled with his caramel and ended up redoing it three times before eventually getting it perfect - and getting both judges' seal of approval! 5. Make sure your nuts are chopped to the right size. Paul had a bit of thing about chunk sizes last night - apparently it wasn't about being exact, but you're aiming for an eighth of a walnut. 6. Make sure you've got enough time for your mousse to set. Did anyone else's heart suddenly sink as Dorret removed her cake cover and the mousse spilled down the sides? The despair was palpable as an entire nation watched her cake melt all over the table. Luckily the bottom layer was still delicious but the disaster made Paul question her presentation skills - pointing out it that it looked "a bit of a mess" - well done Paul. 7. It's possible to bake items in cake and get them into Paul's prison. Just don't joke about it. 8. If you're going to impress Mary - keep it traditional! Ah Stu. He was obviously out to impress, but beetroot in a black forest gateaux was not the way to go when baking for Mary Berry. Marie, on the other hand, had it nailed - traditional and perfectly baked - but will her decoration let her down further down the line? 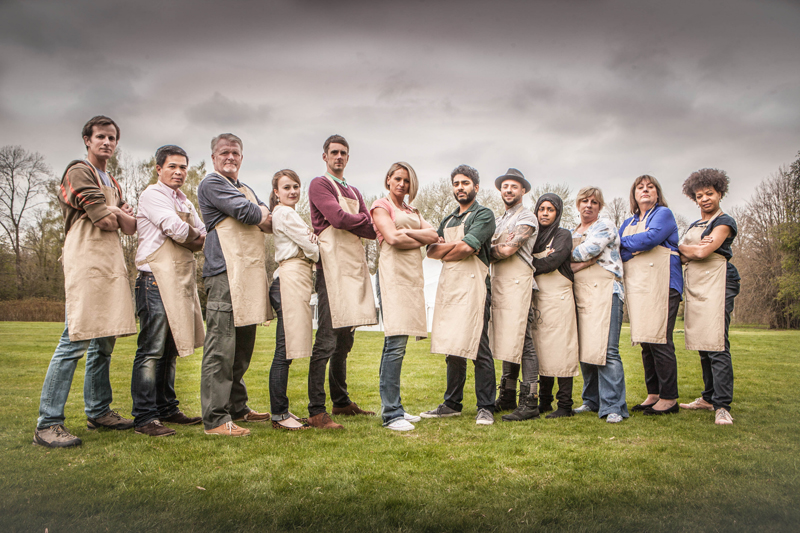 So, as we say goodbye to Stu, it certainly looks like it will be an exciting competition this year with some outstanding bakers in the mix - as long as they remember to watch the size of their chunks!
Content continues after advertisements