It's the ninth year for the World Pasty Championships 2020 (i.e. the Oggy Olympics!) at the Eden Project in Cornwall. It's time to send in your entries... 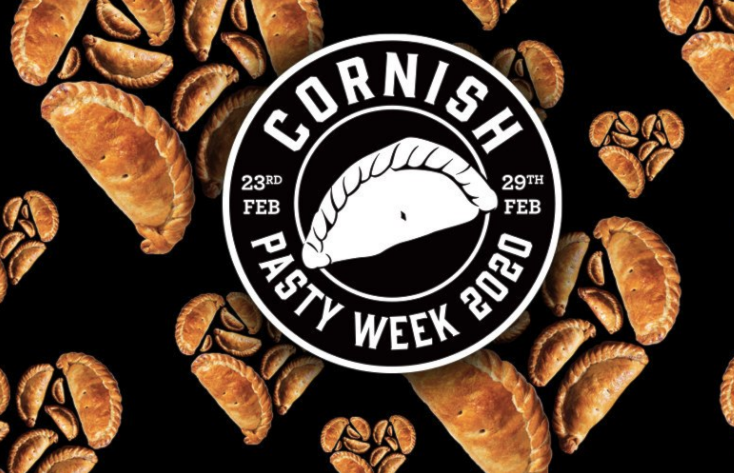 It's the ninth year for the World Pasty Championships 2020 (i.e. the Oggy Olympics!) at the Eden Project in Cornwall

It's time to send in your entries to the World Pasty Championships – which takes place in Cornwall on the 29th of February 2020! The event will close the Cornish Pasty Week celebrations and will see everyone from amateur bakers, companies, professionals and juniors across the world compete in Cornish pasty and non-traditional classes. 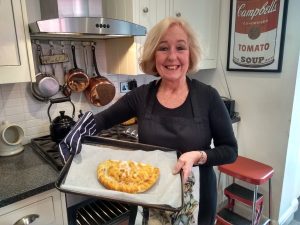 Returning to the championships will be Jill Martin (pictured above) from Deal in Kent, whose Kentish Knocker pasties claimed first and third prizes in the Open Savoury Professional category at the last event in March. Jill, whose winning pasty contained egg, sausage and bacon, said: “I am already feeling very excited about coming back to the World Pasty Championships after what has, so far, been a fantastic year for me and my Kentish Knocker pasties. “While I don’t want to give too much away about my entries at this stage, my theme for the next competition will be Kent – the Garden of England. Having won two trophies last time, in 2020 I’m going for a hat-trick!” Competing for the fourth year running will be the Pure Pasty Company from Vienna, Virginia, who have taken home prestigious awards in the last two World Pasty Championships and grabbed international headlines along the way. Led by British-born boss Mike “The Pasty” Burgess, the company won the Open Savoury Company class with a controversial barbeque chicken pasty laced with pineapple in the 2018 competition and earlier this year (2019) were once again winners in the same category with a turkey and cranberry creation. Mike said: “We love representing Cornwall in America and vice versa. We are looking for a ‘threepeat’ in our class. We know it’s a long shot with the quality of the competition but once again we will be giving it our best.” Also returning will be the reigning Open Savoury Amateur champion and most decorated competitor in the history of the competition, Don McKeever. Don has four wins and one-second place to his name and will be bringing a group of Bristolian pasty fans who have supported and competed at the event since it began.

For the third year running, the championships will be the finale of Cornish Pasty Week, starting on Sunday, February 23.

The week of festivity and fun is inspired by the Eden event and delivered with the project’s help by the Cornish Pasty Association (CPA), which represents the £300-million-a-year pasty industry. The aim is to get as many people as possible involved in pasty-making and to raise awareness of the classic Cornish pasty recipe, which has been given protected status by the European Commission. Returning for the second year will be the World’s Fastest Crimper competition, with the final taking place at Eden on the day of the championships, February 29. The association’s Mr and Mrs Pasty will be touring Cornwall, with visits to producers of pasty ingredients around the Duchy. The week will also feature offers, competitions and in-store events hosted by Cornish Pasty Association bakeries. CPA chairman Jason Jobling said: “In its short history, I’ve been staggered by the way people right across the globe have got behind Cornish Pasty Week – testament indeed to the love that exists for Cornwall’s hero product. “I’m thrilled that the Cornish Pasty Association has made this happen and we’re looking forward to another jam-packed week of pasty fun in 2020, culminating in the ninth World Pasty Championships at Eden.” Entries for this year’s World Pasty Championships are now open via the Eden Project website. Entries will close at midnight on Sunday, February 23. To enter the World Pasty Championships 2020 or find out more about the competition go to www.edenproject.com/pasty.