Let us introduce to you the beaming baker who has bagged her ‘dream job’ - she gets to watch the Great British Bake Off for a living. When you think of your dream job? Has the term Bake Officer ever come to mind?
This article was originally from The Liverpool Echo. Let us introduce to you the beaming baker who has secured her ‘dream job’ - she gets to watch the Great British Bake Off for a living. 30 year old, Anastasia Duncanson, from Southport, couldn't believe the news when Morrisons decided to appoint her the role of 'Bake Officer'. The job she has undertaken involves watching the programme with a thinking cap on, she needs to spot what viewers might want to make themselves. Her job ensures that this supermarket is ready for a high demand of supplies. During the last show, Morrisons saw demand for glace cherries soar by 163%. In time with this upcoming series, back on August 24, Anastasia has already delved into her new role, ensuring Morrisons’ many stores all over the UK are well-stocked with icing sugar, yeast and the ultimate baking essentials. [caption id="attachment_7967" align="aligncenter" width="615"] 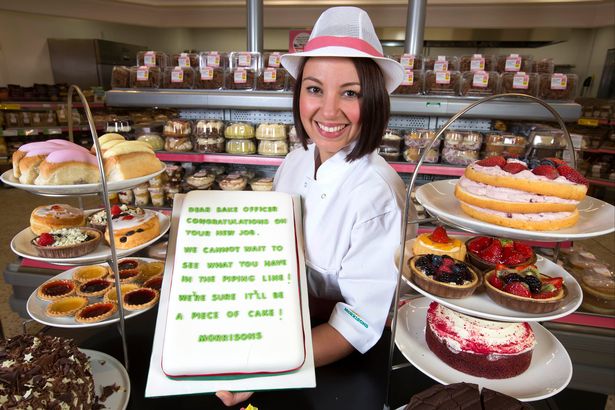 Credit: Liverpool Echo[/caption]
Ms Duncanson said that ‘Being chosen to watch TV and react to baking trends is an absolute dream job so I am delighted to be appointed to the dedicated role of Bake Officer. “I will be keeping a close eye on trends and managing demand to ensure we satisfy the baking needs of our eleven million customers.” Her predictions for the trends to expect this season included edible glitter, hand-painted icing artistry, gravity-defying showstoppers. The seventh series begins a little later than the usual start date due to the BBC’s Olympics coverage. The 2015 series drew in an enormous audience of 12 million and because of the current delay in the viewing, they are likely to have gained more viewers in anticipation. As usual, Bath's Mary Berry and Paul Hollywood will return as judges, with Mel Giedroyc and Sue Perkins also returning to comically present the show. Now the Olympics are over we can't wait for tomorrow!
Content continues after advertisements