Latest
Blackberry mini changecakes Vanilla & passionfruit cheesecake Ideas for baking and cake decorating this spring  How to model a fondant boy standing up WIN! The KitchenAid Cordless Collection worth £325

Make Time For Tea for The Eve Appeal: Jane's story

The Eve Appeal supporter, Jane Dean, tells the story of one of her best friends, Diane, was diagnosed with ovarian cancer in 2016 during a routine doctor’s appointment. The Eve Appeal supporter, Jane Dean, tells the story of one of her best friends, Diane, was diagnosed with ovarian cancer in 2016 during a routine doctor’s appointment. "When Diane was diagnosed in 2016, she was experiencing spotting and bloating – two symptoms many women put down to other things, so I believe it was the foresight of her GP that saved her life. She subsequently had a hysterectomy, intense chemo and was very poorly for a good year. The great news though is that the surgeon managed to remove all the cancer and just one year later I attended her wedding, which as you can imagine was a very emotional day. Every year in the UK, around 74,000 women are diagnosed with ovarian cancer. That’s 20 mothers, daughters, sisters or partners every day. The Eve Appeal are determined to change these shocking statistics by raising much needed funds and awareness – and so do I! This is why I decided to host a tea party, I wanted to help raise awareness of this awful cancer – and it was also a good excuse for a catch-up over tea and cake. Around 25 friends and neighbours came and everyone brought along something homemade to eat – from a tea loaf to a Victoria sponge, there was a fantastic mix of cakes! 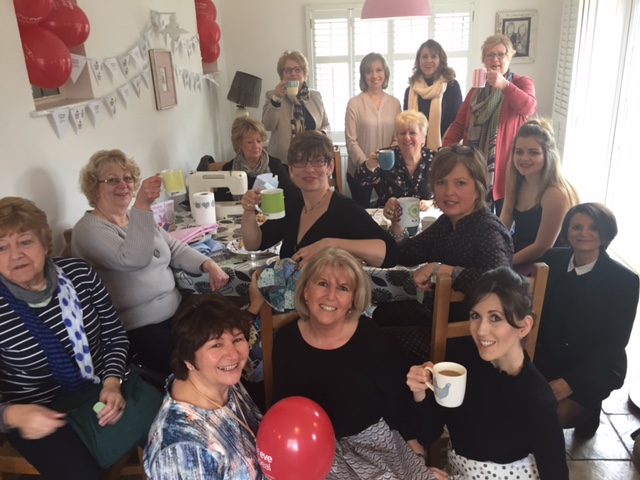 You can Make Time for Tea in a similar way, or any way you choose. That’s one of great things about it: whether you hold a big tea party at your local community centre or enjoy a cuppa and biscuits at home with a few friends – you can do it however you like! During our event, we handed out leaflets and another of my friends, who also has had a gynae cancer, said a few words. One of the ladies at the event recognised that she had some of these symptoms herself and after the party she made an appointment with her doctor who confirmed ovarian cancer. She had to go through an intensive course of chemo but is doing well now. If we were even a fraction responsible for helping, then isn’t that an amazing outcome. I wanted to host this event to help raise awareness, but the actual outcome looks like we may have saved a life. So please, gather your friends, family or colleagues and help make a difference to more women and families."  Jane Dean, Eve Supporter 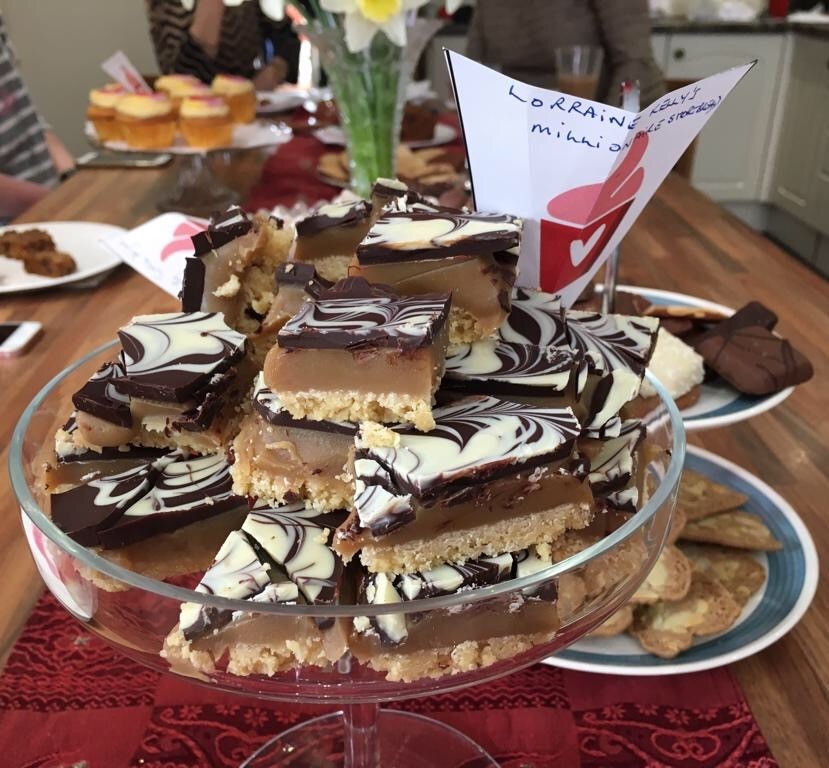 Sign up today for The Eve Appeal’s Make Time for Tea campaign either by visiting www.eveappeal.org.uk/tea or by calling 020 7605 0100 and get your free fundraising pack – it has great ideas, and tips for your fundraising as well as Lorraine Kelly’s, TV Presenter and Ambassador for Make Time for Tea, favourite millionaire shortbread recipe! It is quick and easy to make, and absolutely delicious!