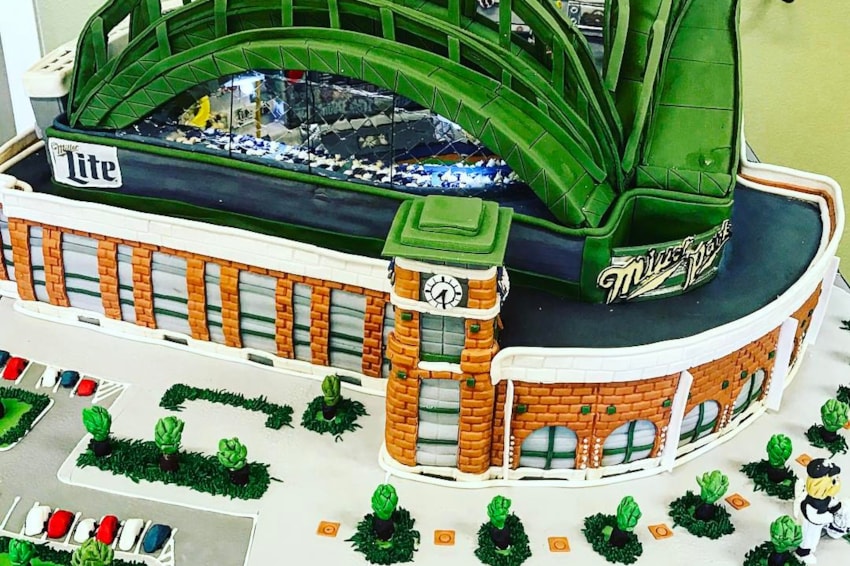 Wedding cakes can be very traditional in shape and colour, but not for the Milwakee Brewers general manager, David Stearns

The baseball team's general manager David Stearns tied the knot last weekend. And just assuming that you didn't attend the wedding, the players tweeted a picture of the amazing groom's cake.

Yes, that's right – a exact replica of Miller Park, their home stadium, featuring the retractable open roof and featuring Hank the Ballpark Pup. Well done to anyone who managed to get a slice of this cake on the day itself. We really hope that the married couple are on their honeymoon somewhere other than Arizona, where Mr.Sterns and the Brewers will soon be back. Cakes by Gina, a bakery in Houston, Texas, were commissioned to make this cake. This story first appeared on Fox Sports