REVEALED: THESE are the best desserts as voted by Brits

These are the best desserts according to a survey by dessert experts at Jackandbeyond.com. See what made top tier through to bottom tier. Do you agree?! 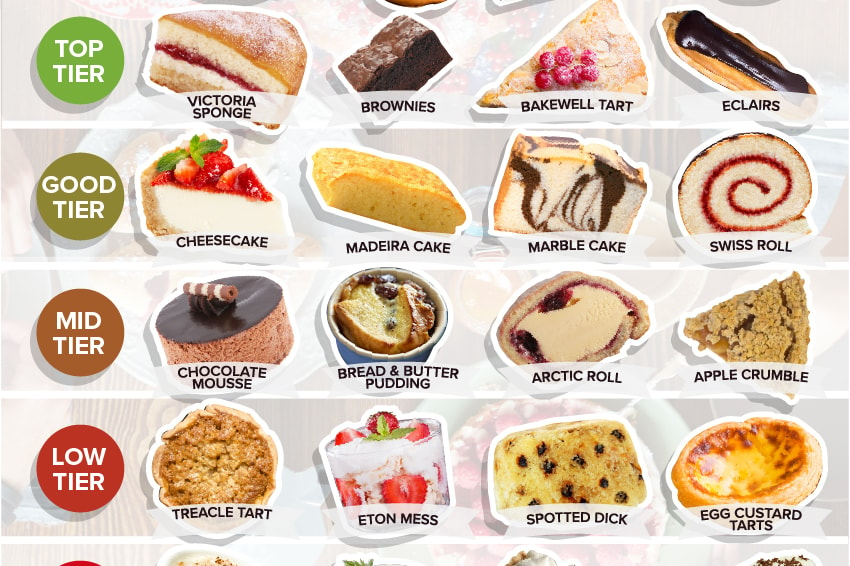 Here are the best desserts as found in research by dessert experts at Jackandbeyond.com. Do you agree?!

Brits love desserts. From sticky toffee pudding to mince pies, we have perfected the craft of dessert making over the years to satisfy our sweet tooth. And with the recent events that force us to stay at home, we can find comfort in our favourite sweet treats. However, there is one question that can either unite or break us – what are the best British desserts? In order to put an end to this dilemma, the dessert experts at Jackandbeyond.com made a survey which asked 1,788 Brits what their preferences are. Is your favourite on top, or are you about to be surprised?

What are the most-loved British desserts as voted by Brits?

The results are in, and Jackandbeyond.com can reveal that the nation’s favourite desserts are the famous sticky toffee pudding, mouth-watering profiteroles, the classy but sassy red velvet and the spot-hitting tiramisu. When it comes to the second row of favourites, the TOP tier desserts as voted by Brits are the quintessential British Victoria Sponge, brownies, the very well baked Bakewell tart, and the not so British but still much-loved eclairs.

What are the least-loved British desserts as voted by Brits?

We talked the best, now it is time to reveal the worst (as voted in Jackandbeyond.com's survey). Jackandbeyond can reveal that the “WORST” tier desserts are the no-surprise-there fruit cake, the not so angelic angel cake, and the very festive mince pie, followed by the even more festive Christmas pudding. In conclusion, Brits hate Christmas! Maybe not… But it definitely seems we aren’t fans of festive desserts! In the BLAND tier, we can find the rice pudding, carrot cake, banoffee pie and the English trifle.