Take a look at these Valentine's Day cake fails, there's a fine line between baking sweet treats such as red velvet cupcakes and becoming over ambitious. Great, I know what I'll do make a velvet layered cake with nipple shaped toppings?

We all want to go out of our way to impress our loved ones on Valentine's Day but there's a fine line between baking sweet treats such as red velvet cupcakes and becoming over ambitious and ending up with a sloppy mess. Well, that's what happened to many hopeless romantics this week and here are some of the pretty dire results.

'Why is "just gently drizzle the frosting on the cookies" so challenging! #valentinesfail At least they taste good.' – that's the most important thing Kelly! 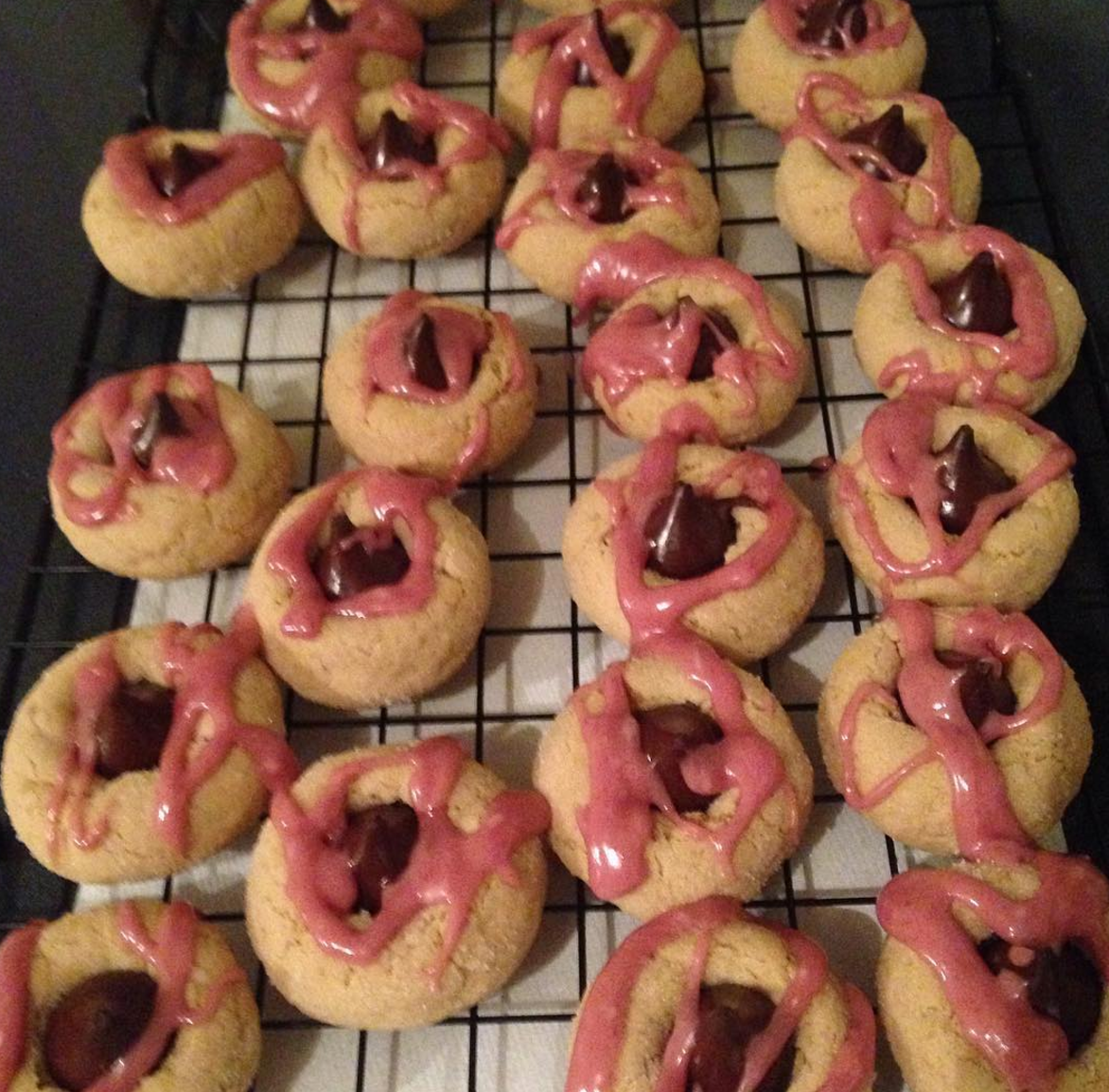 
Jeni's comment on her photo read "I don't bake. I cook. But today I attempted a homemade pink velvet double layer cake with homemade almond buttercream frosting to surprise my hubby for Valentines Day. Aside from being lopsided and the decorations ending up looking like nipples, I think it turned out pretty decent and mostly edible." Well done Jeni, we believe the flavour was lovely but perhaps try something a little simpler to start with! 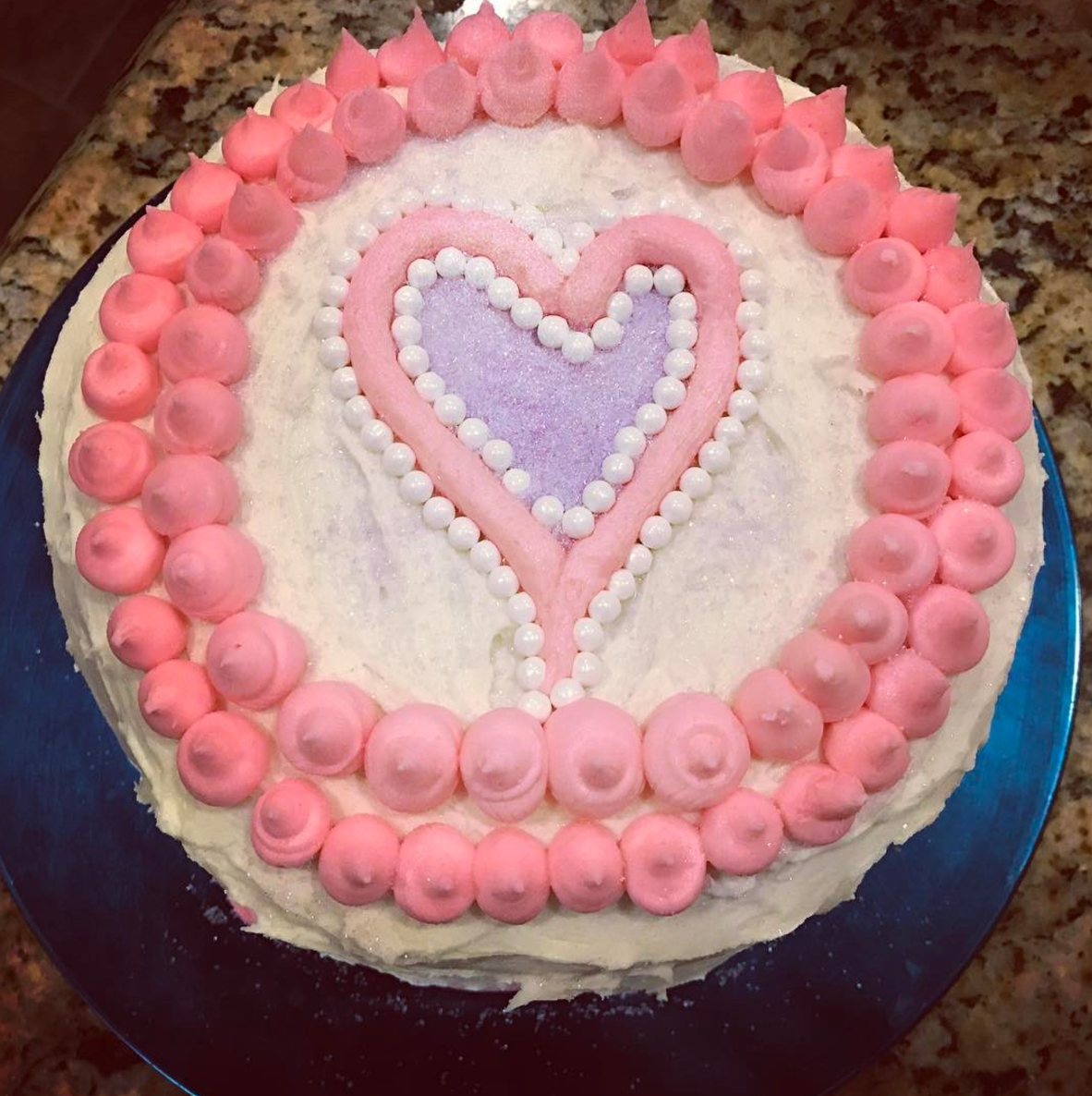 
Apparently these are meant to be lips, but they got squished in a box on the way to work – #SadTimes 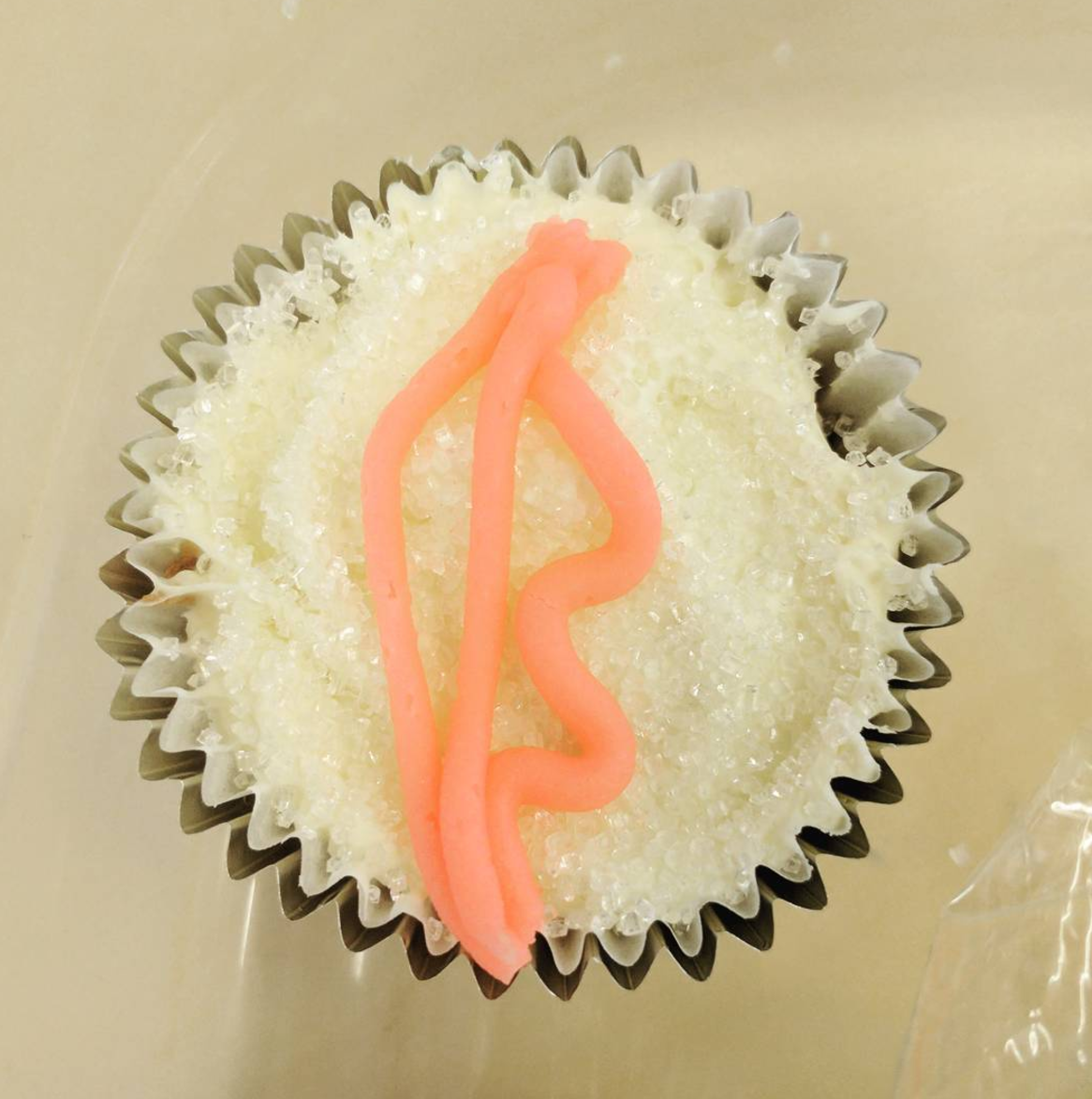 
We can appreciate that piping words can be tough but we were struggling to read this for a long time. It's good to see that the cake decorator could see the funny side of their cake fail.


Days of scrolling through Pinterest and then to finally choose a recipe and get to work is a success but sadly the dream didn't quite fit the reality. 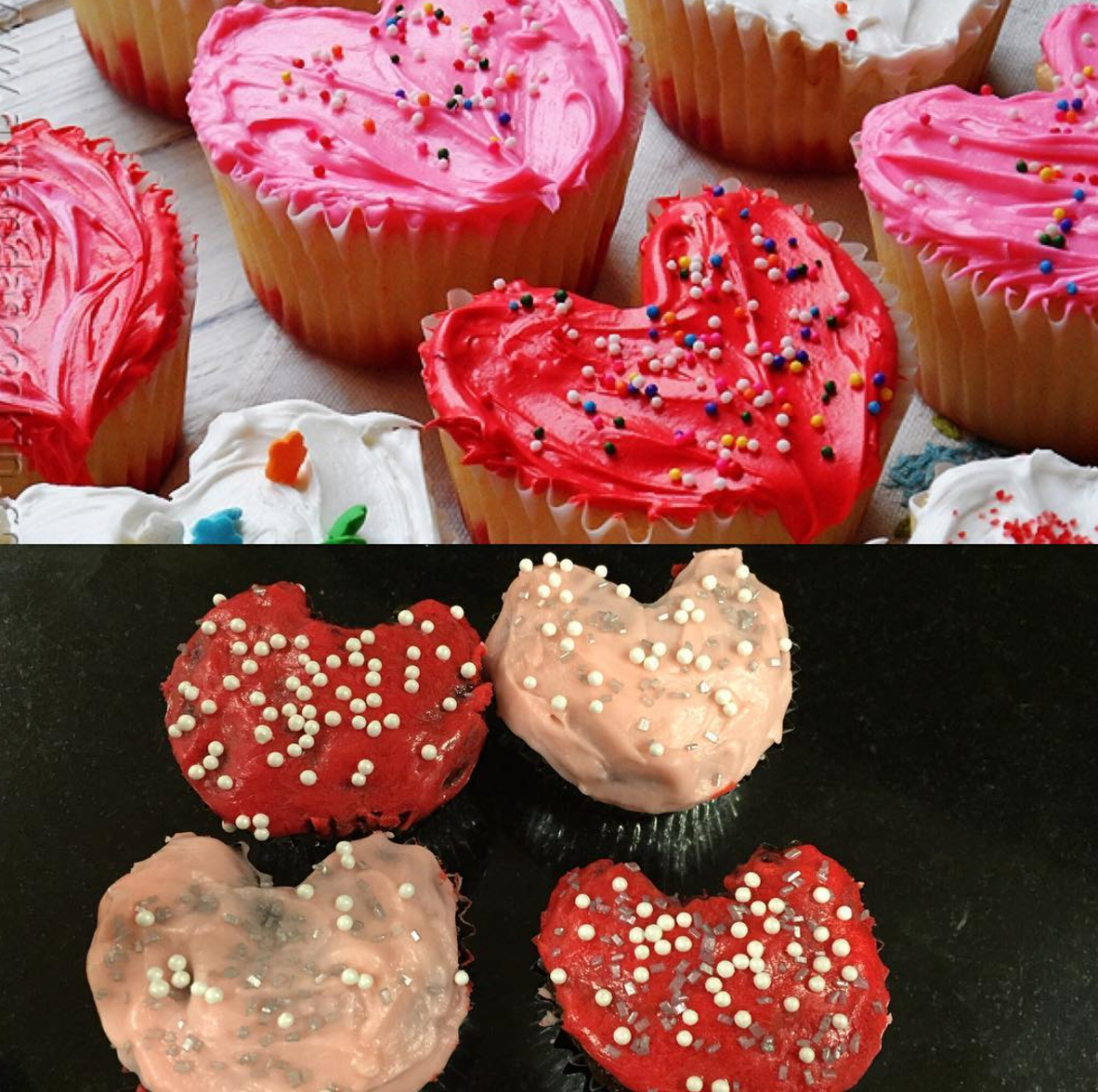 
Apparently 'Mama tried', we're sure that the collapsing sponge layers didn't effect the flavours though. Plus, we're pretty impressed with the effort that's gone into the heart shaped strawbs! 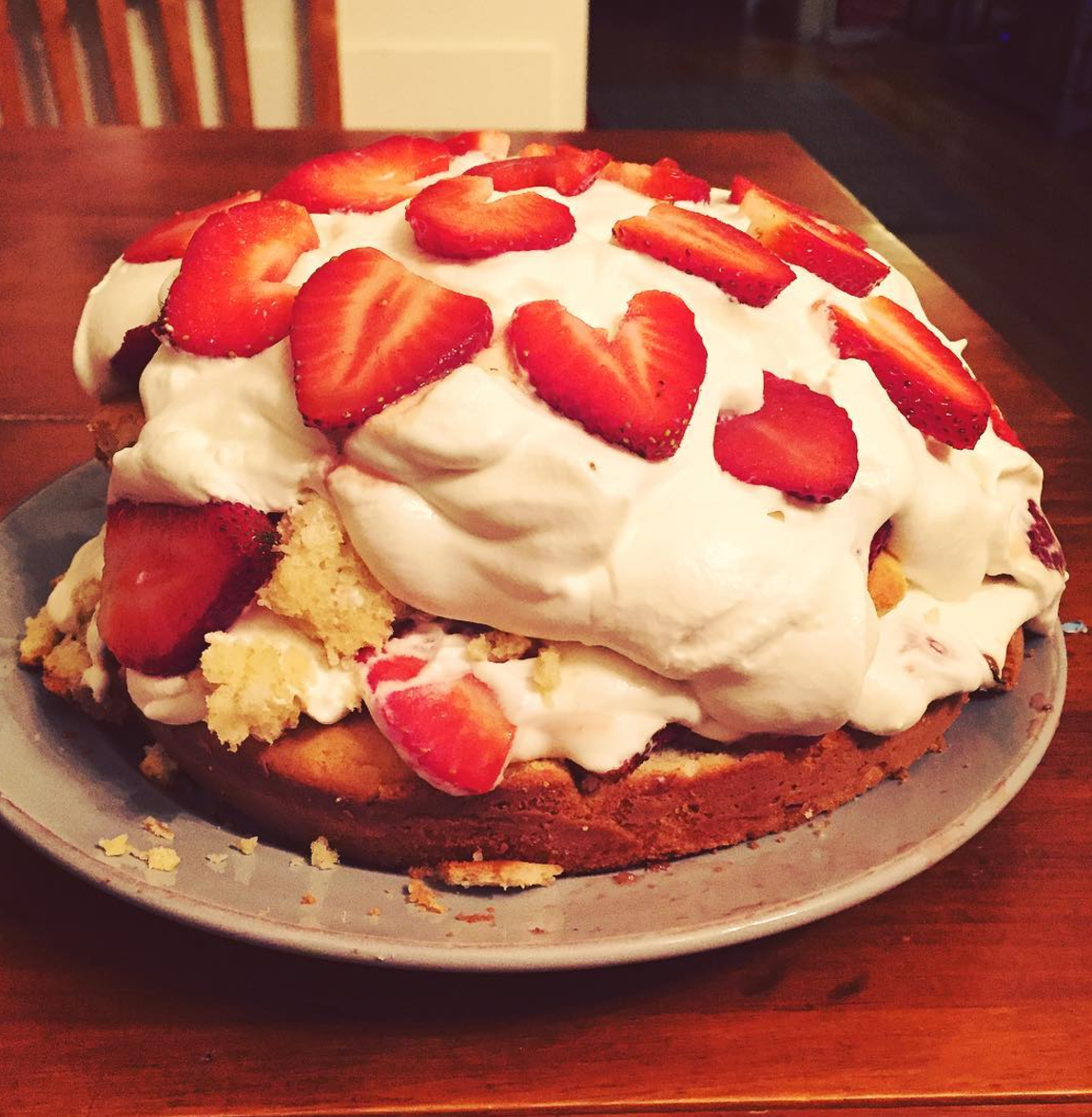