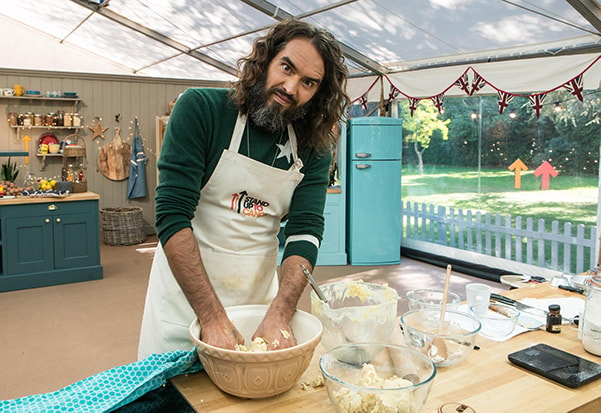 Here's to Russell Brand, for being the vagina biscuits ambassador we never knew GBBO needed.

Tuesday night saw The Great British Bake Off return to our screens - this time, for a short celebrity series as part of Channel 4's Stand Up To Cancer fundraising. 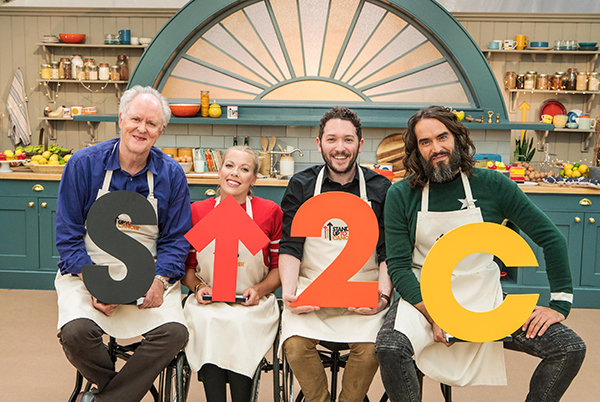 Actor John Lithgow, Olympian Hannah Cockroft and comedian Jon Richardson competed against Russell Brand for the Bake Off crown, and BOY was it a great episode. While all the contestants gave baking a genuine (and sometimes catastrophic) try, it was Brand's showstopper which quite literally took the biscuit. Brand decided to articulate the birth of his second daughter - seemingly born via water birth - through the medium of 'expressionist biscuit'. Now that's not a sentence you read everyday! 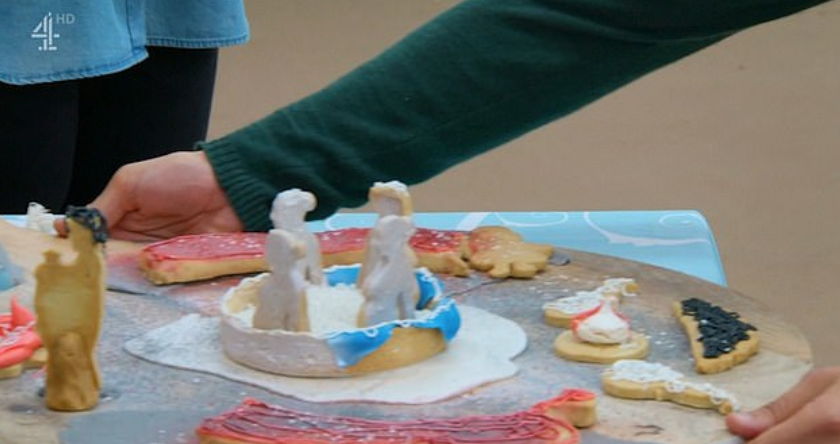 A birthing pool, his wife Laura Gallacher within, a wise man in the corner (himself) were all encompassed within a large biscuit labia.

Russell explained: "I tried to capture the moment of my second daughter's birth. "The central piece is my wife, the four aspects of her, I wanted it to be expressionist, demonstrating birth but in shortbread. "But around her the vagina, from which we all enter into this life." 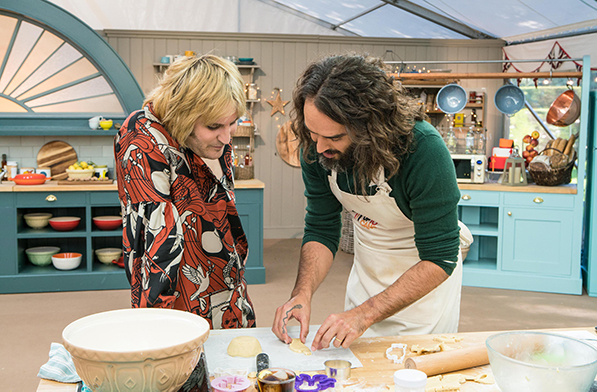 Thankfully, the biscuit showstopper was received well by the judges - and out favourite Bake Off quote ever might now be this:

"I know you wanted 24 [biscuits] Prue, but would you take a glance at that labia and tell me that's not adequate?"

Yep. That happened. Roll on next Tuesday for more Bake Off fun we say!

See all our coverage of past and present Bake Off action here. All images used are credited to Channel 4/ Love Productions/ Mark Bourdillon.