British kitchenware brand Tala is one of the oldest and most recognised manufacturers that has produced quality products in England since 1899... 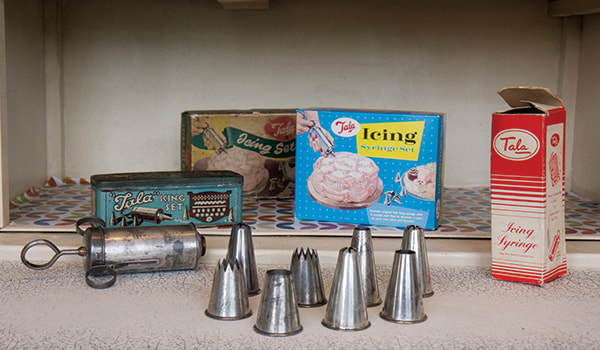 Best known for their baking and cake decorating products, British kitchenware brand Tala is one of the oldest and most recognised manufacturers that has produced quality products in England since 1899...

Established in 1899 to satisfy the developing Victorian kitchenware and hardware market across Britain, Frederick Taylor and Thomas Law produced a wide range of metal goods for the kitchen and garden, from baking pans and flour sifters to galvanised tubs and traveller’s trunks. 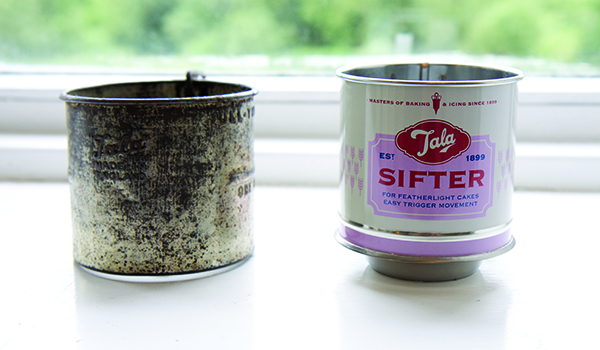 During the First World War, they continued to produce baking and cooking products in addition to numerous munitions and even ration books. After the First World War, Thomas Law’s son, Frank, took over the company and combined the founders’ names to create the ‘Tala’ brand as we know it today. Tala quickly became a household name and grew to supply high quality equipment to cooks and bakers all over the world. [caption id="attachment_15660" align="aligncenter" width="600"] 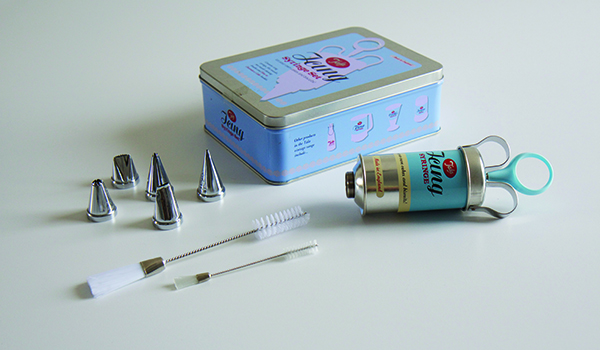 Now...[/caption] Following traditional methods, Tala’s most iconic products such as the Cook’s Measure, Icing Syringe and Icing Nozzles are still handmade in Liverpool in the same factory and on the same machinery that has been used since the 1920s. 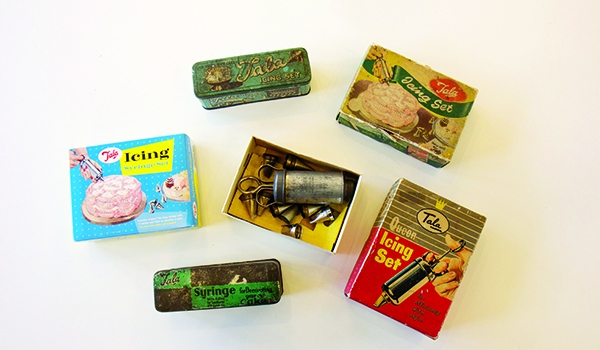 In 1933, the Tala product catalogue described the Tala Icing Syringe as ‘an old favourite’, which is testament to Tala’s influence on baking and cake decorating trends during the first half of the 20th Century. During the post-war optimism of the ’50s and ’60s, a growing importance was placed on taking pride in cooking and housekeeping at home and the brand collaborated with baking and icing expert Anne Anson to engage their customers with specialist cake decorating ideas aimed at both novice and experienced cooks – the original How to Decorate a Cake booklets contain some spectacular recipes, tips and cake decorating ideas that are still just as relevant. 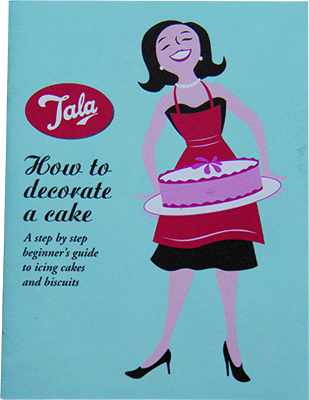 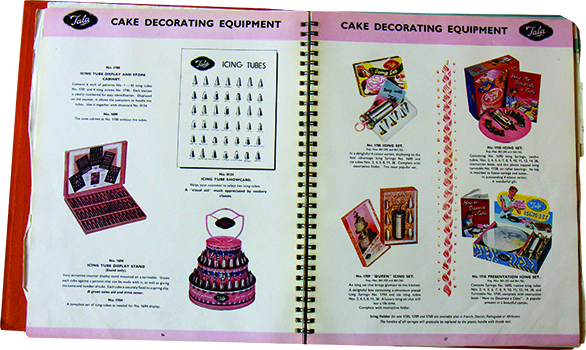 Today, Tala continue to pride themselves on producing products that are built to last a lifetime and the Tala Icing Syringes and Icing Nozzles are just as invaluable for decorating and icing cakes and desserts now as they were back then. Each icing syringe requires 48 hand processes to produce a finished piece that is strong, light and durable. Unlike a piping bag, they’re easy to grip and control using one hand and the nozzles screw onto the end of the syringe so it can be changed quickly and easily, even during icing, allowing you to create multiple effects and patterns in minutes. 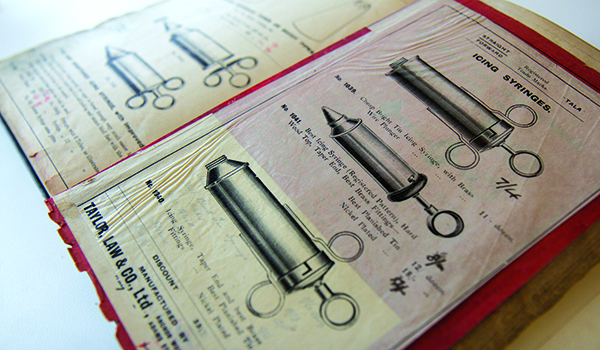 Each of the piping nozzle attachments involves another 33 hand processes to craft and the design has remained the same as the original that was manufactured in the 1920s, meaning that an icing nozzle that your mother or grandmother may have used back in the day will still fit a brand new icing syringe that has been made to exactly the same high standards today. 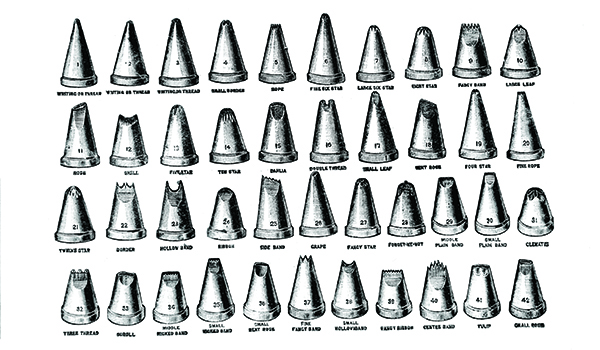 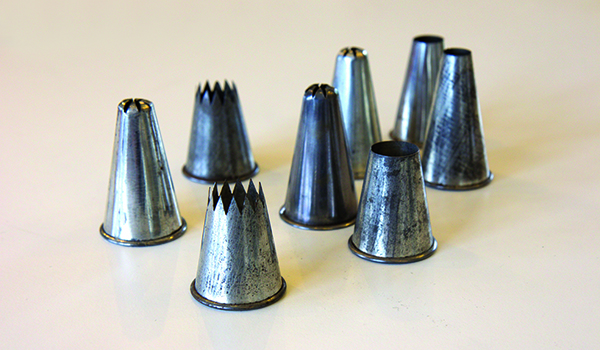 Another example of Tala’s excellent craftsmanship is the popular Tala Dry Cook’s Measure – an iconic symbol of British baking and an invaluable kitchen tool that is now approaching 100 successful years of production; you simply pour ingredients up to the desired level for speed and accuracy, without the need for getting your weighing scales out. [caption id="attachment_15650" align="aligncenter" width="600"] 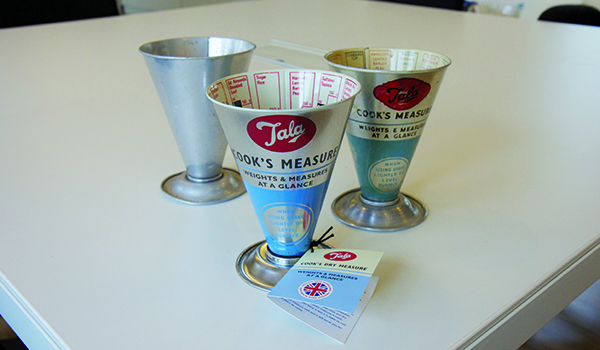 There is little difference between the original on the right and the new version in the middle[/caption] Made from tin and steel instead of plastic, the measure involves over 20 hand processes that are carried out by one of a small group of highly skilled people to produce, and other than a metric addition, the production method also remains unchanged since the 1920s. The Cook’s Measure is calibrated in both metric and imperial, making it easy to follow cookery books and recipes that have been passed down through generations, and it also measures in ounces, grams and American and English cups and pints, making it a handy addition to any kitchen – and it’s beautiful enough to proudly display on a shelf or kitchen counter. To this day, the company receives letters from customers who still own Tala products that have been passed down through generations of their families, which goes to show that their trusted products have truly stood the test of time and will continue to do so for many years to come. Do you still have some old Tala products?