Cake week is always one of our favourites! The second week of The Great British Bake Off saw the contestants battle it out in three cake-based challenges. Cake week is always one of our favourite weeks of Bake Off, and we weren't disappointed!

*WARNING – CONTAINS SPOILERS* The second week of The Great British Bake Off saw the contestants battle it out in three cake-based challenges. The heat in the tent was intense, the pressure was on and (as usual) judges Paul and Prue were expecting nothing less than perfection.

This week's signature challenge saw the bakers put their own spin on the classic traybake. We saw a beautiful collection of unique designs and flavours, from Rahul's lemon and cardamom to Terry's rum and raisin. In the end, Dan's incredible black forest traybake stole the show and won the challenge. It even earned him a Hollywood handshake! [caption id="attachment_19892" align="aligncenter" width="600"] 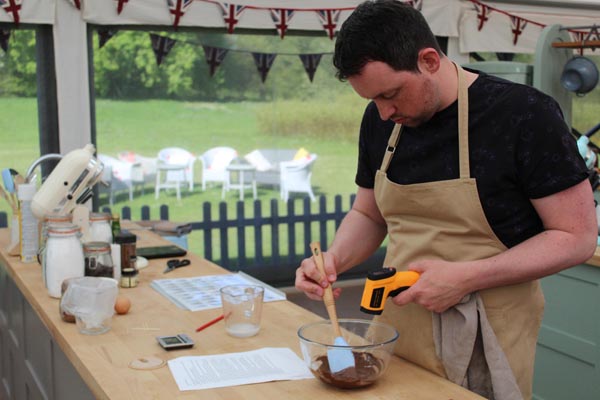 This week's technical challenge was definitely a step up from last week's wagon wheels, and we thought those were tough enough! The contestants were asked to make Monet-inspired cakes called Le Gateau Vert. We still have no idea how most of them managed to produce such great results! Jon took the lead in this challenge. We're starting to realise the potential of the baker known for his Hawaiian shirts. [caption id="attachment_19893" align="aligncenter" width="600"] 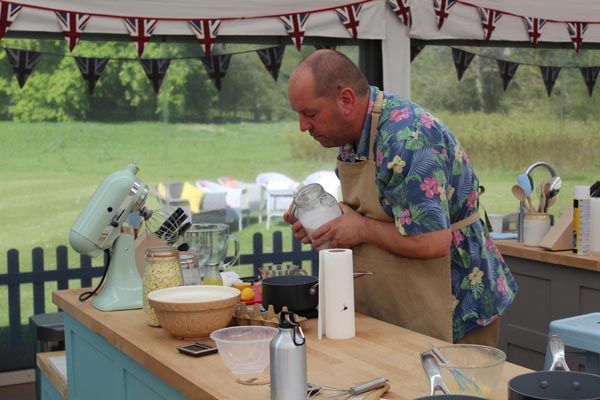 As the bakers melted in the heat of the Bake Off tent, a two-tier chocolate cake seemed pretty much impossible! Most of the contestants had issues with their bakes (some worse than others). Chocolate melted, cakes collapsed and we still can't think about Terry's Eiffel Tower without a twinge of sympathy. Despite all this, Paul offered out the first ever handshakes for Bake Off showstoppers to Ruby (for her chocolate orange creation) and Rahul (for his beautifully topped cake). In fact, Rahul impressed the judges so much that they awarded him Star Baker. [caption id="attachment_19894" align="aligncenter" width="600"] 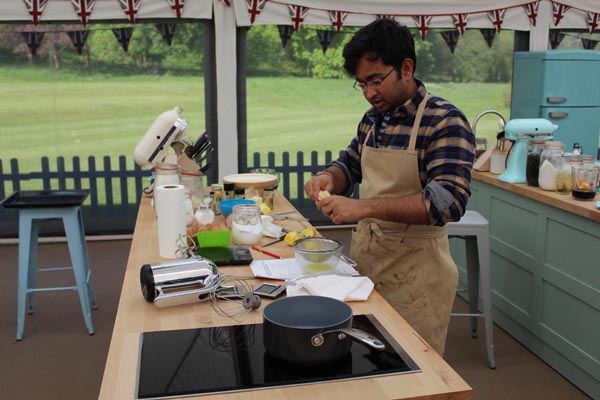 Unfortunately, Luke had an unlucky week and was the second contestant to be sent home. Next week will see the remaining ten contestants take on three bread-making challenges. Bread week is tricky, and it's still possible for the tables to completely turn!

Fancy learning more about cakes, and how to make your own chocolatey creations in hot conditions just like the bakers? Head on over to our Cake 101.