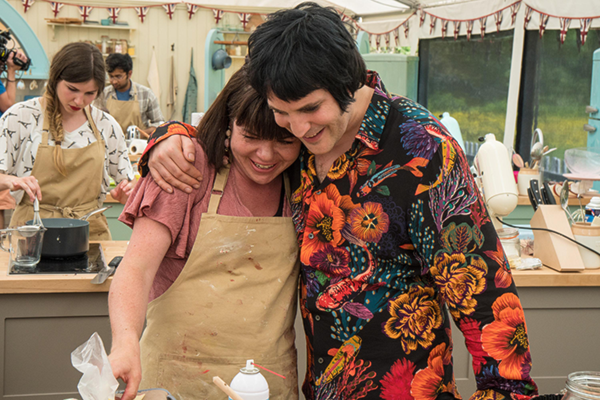 There’s no denying it - desserts are a tricky beast to master, and the bakers gave it their best shot.

*WARNING - CONTAINS SPOILERS* The fourth episode of the series opened with an announcement that Terry was ill, and that all had agreed that they were happy to welcome him back to the tent next week regardless! (How lovely is that?) Noel (in another excellent shirt) and Sandi then ushered us onto the first port of call - the signature challenge.

This week, the contestants were tasked with creating a meringue roulade, using a filling of their choice. Cue lots of raspberry and passionfruit! After a few issues with over-baked, under-baked, and too-thick meringue which resulted in a lot of folds rather than lovely swirls, some bakers did master the task. So much so that two(!!) Hollywood handshakes were given out - the first to Dan, the second to Jon.

This week, it has to be said, the technical was a bit of a mare. Blancmange. (Not blamonge, blomonge etc.!) Usually created from a packet mix, the bakers had to create the 70s era treat from scratch and involved them working with the fresh raspberries, making a custard, and really understanding how gelatine works to nail the task. 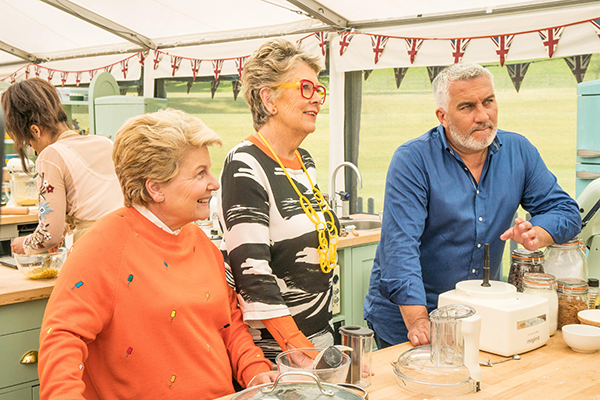 Timing once again caught several of the bakers out (who knew that gelatine wouldn’t set in a freezer?!), and we had several… err… unfortunate sloppy incidents as the blancmanges were encouraged out of their moulds. Some did look fantastic - wobbles and all - and Dan finished first in this week’s technical.

We’ve been here before. Chocolate. Shaping. A hot tent. Creating a chocolate sphere in which your dessert sits was never going to be an easy task - but we were pleasantly surprised by how many of the bakers managed to create real masterpieces in this challenge! A stand-out has to be Kim-Joy, who created a universe-like sphere which contained choux-pastry turtles within - a homage to Terry Pratchett’s Diskworld fantasy novels. An actual feat of baking prowess! Less fortunate were Briony and Ruby, who opted to use white chocolate for their spheres, and suffered collapsing domes at the last moment. Possibly not helped by Prue’s cutting comment to Ruby which went something along the lines of “Do you know what a sphere looks like?” Meow! 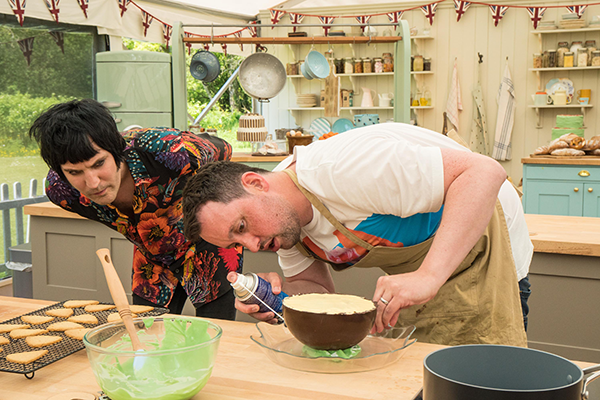 We also can’t go without mentioning Rahul - who frankly looked like he was about to burst into tears while waiting for Paul’s judgement. We know we should remain impartial, but we just love Rahul! Here’s hoping he begins to realise he’s amazing as the weeks go on, and he stops feeling the need to apologise all the time (even when his bakes are amazing)! Dan went home with the Star Baker award (finally!), and as a big surprise, the judges sent NOBODY home. They didn’t feel it was fair to eliminate a contestant until Terry returns next week, but that does then leave us with the strong chance that two bakers will be out the door very soon. Stress!

Next week, we’ll see Bake Off’s first ever spice week - and we’re expecting lots of gingerbread and spiced pound cake (hopefully!). Now to plan what we’re going to bake to devour when watching…

If you’d like to know more about the desserts created by the bakers this week, and how to best approach making your own, keep an eye out for our Desserts 101 - coming soon!