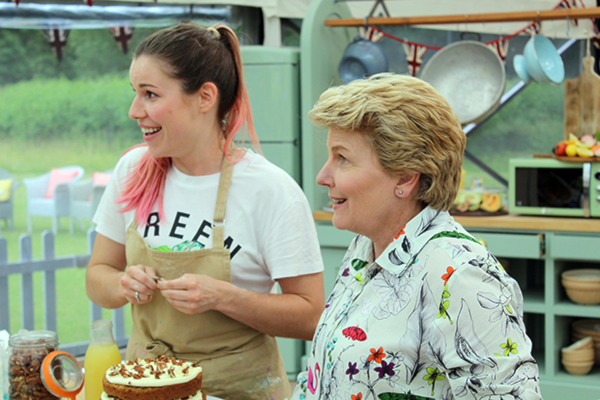 Pop those eggs away, and whip out that aquafaba - it’s vegan week on the Bake Off

For the first time ever, The Great British Bake Off went vegan - which meant no products that have come from an animal could be used in the creation of their bakes. Eggs, milk, butter and even honey were all off the table this week - but how did the bakers do?

This week, the bakers were tasked with creating their own savoury filled tarts. The shortcrust pastry had to be created without relying on butter, and the fillings had to, of course, be delicious. While there were a few issues with tough or chewy pastry, it seemed like using coconut fats in the pastry was a hit. Both Paul and Prue were impressed by the flaky, buttery taste to several of the bakers - especially Kim-Joy who earned a Hollywood Handshake (the only one of the episode!) for her delicious tofu-filled creations. 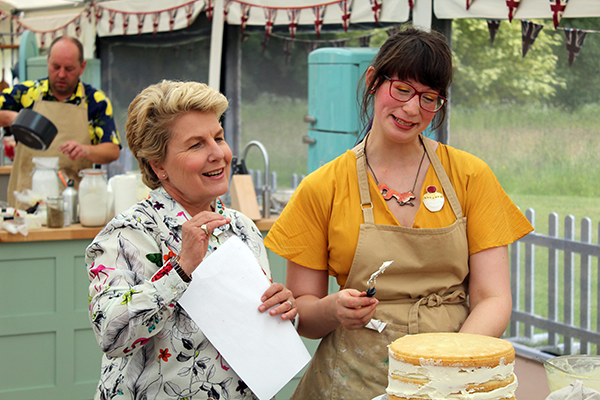 Though we had obviously heard of the technical challenge this week - a pavlova - it’s on the surface not the easiest thing to create without, you know, eggs. Enter aquafaba - the preservative juice that canned chickpeas sit in! With a very similar consistency to egg whites, they can be whisked up to create peaks just like meringue. The bakers then had to pipe this into two perfect disks, and judge the amount of time it’d need to bake. Coupled with coconut and passionfruit-flavoured vegan pastry cream, and decoration, it’s fair to say it was a tough task for the bakers! While some looked spectacular (Rahul), some, err, did not. Kim-Joy came last in this challenge, with Jon not far behind.

The showstopper this week was a classic - a tiered celebration cake. Except, you know, without the usual cake ingredients. It’s perhaps fair to say that all the bakers struggled a little bit with this challenge, with even Rahul’s cake collapsing in on itself a little. No one knew the stress of a wobbling, collapsing cake quite like Ruby though, who’s bake literally fell over once the bakers had retreated out of the tent. 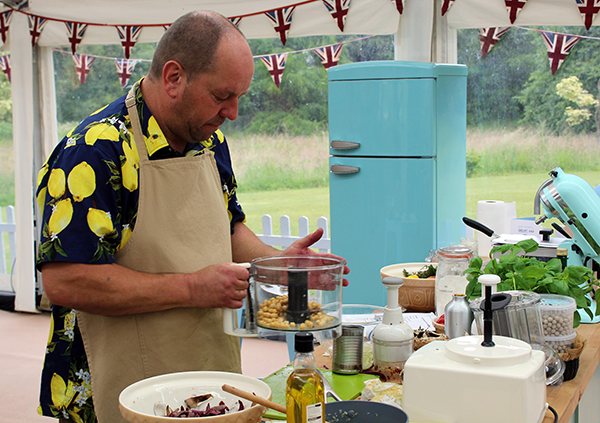 Moments to note include Jon’s naming of his themed cake - Only Fools Eat Horses - and Kim-Joy’s spectacular foxy cake.

Kim-Joy took away Star Baker this week, and we waved goodbye to Jon who - it’s fair to say - did not get on well with the notion of vegan week.

If you’d like to know more about the vegan treats created by the bakers this week, suss out where they went wrong, and try some recipes for yourself, be sure to check out our Vegan Baking 101 - coming soon!