Latest
How to start an online cake business part two – 6 ways to win on Google How to make autumn foliage How to make fondant koala cake toppers WIN! One of five ProCook Bakeware bundles worth £50! Royal icing made simple: Renshaw Academy's guide to easy decorating

Biscuit week was tense as the contestants tried their hardest not to crumble under pressure. 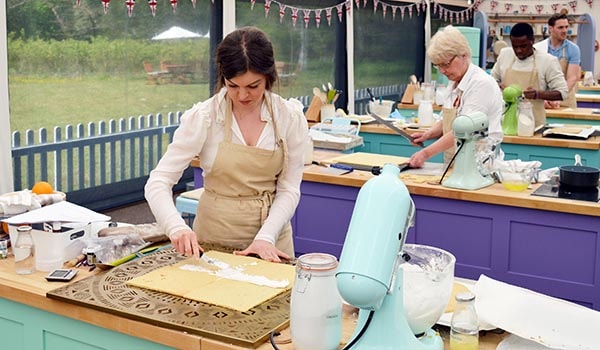 Image credit: The Great British Bake Off: Episode 2 - The bakers working on their showstopper challenge.

This week on The Great British Bake Off saw the return of biscuit week and it didn't disappoint... Never did we expect that a group of 11 amateur bakers would be so phased by something that we all eat on a regular basis. We watched on as they all started to crumble under the pressure and their faces showed looks of confusion, worry, frustration and pure stress. [caption id="attachment_15490" align="aligncenter" width="600"] 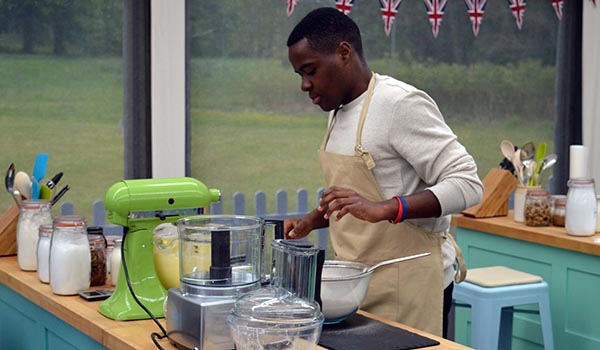 The Great British Bake Off: Episode 2 - Liam working on his Signature bake.[/caption] After a gruelling set of challenges Steven claimed star baker for the second week in a row after producing an amazing chess board showstopper, whilst 55 year old Chris Geiger left the tent without being able to tackle the bakes that he claims he's best at.

The first task for the bakers was to create a sandwich biscuit. It could be their choice of flavours but they had to produce but the filling had to be the perfect consistency, sandwiched between two crisp biscuits. The bakers didn't just go for your standard Oreo or Bourbon, they had adventurous flavours, glittery biscuits and there was a lot of boozy bakes - Mary Berry would be proud! [caption id="attachment_15492" align="aligncenter" width="600"] 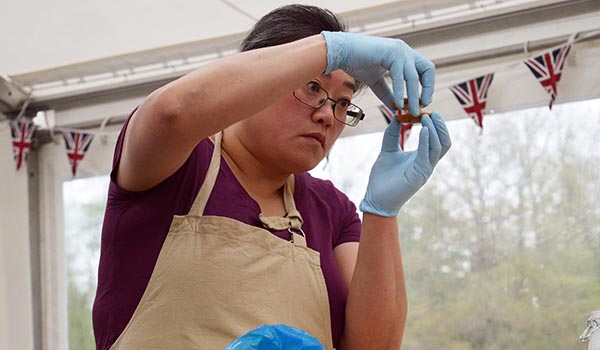 The technical challenge was one that kept our attention this week. Fortune cookies were an interesting and fun choice for this year's biscuit challenge and it really put the bakers to the test. There was not a single happy face during that challenge. Julie tried to stay positive with her fortunes, whilst Flo was a bit more realistic with hers that read "I've made a right mess of this". Yan truimphed in this task and told the cameras that her brother had issued her a stark warning before she took part in the show, explaining: "Before I left, my brother said come back number one in technical or don't come back at all." 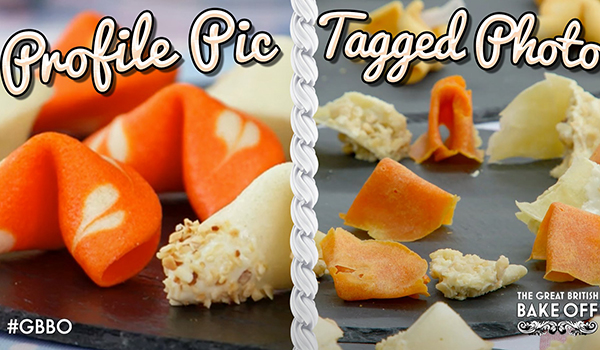 Many of you were left frustrated over the fortune cookie challenge, since they are neither a biscuit nor technically a cookie.

The final round was something that everyone got excited over - games made out of biscuits? Yes please!
We had high hopes for the showstopper challenge, but unfortunately, not many of the bakers delivered.
Steven triumphed with his chess board that was fully functioning whilst James' board could have done with a bit more refinement. Kate's Jumanji board didn't exactly resemble the board from the much loved film of the 90's and Chris's  “Great British Sail Off” game might have featured a spinning compass but the burnt biscuits nearly broke Prue’s teeth.
There is still a good mix of sugar and spice this year, with plenty of puns and innuendos flying around the tent. A personal favourite of Twitter was "I didn't expect them to get hard as fast as they do", which Julie said in shock to her fortune cookies solidifying before she could mould them properly.
Sandy and Chris shared a moment, “Sex, isn’t it?“ said Chris as she tasted his chocolatey creation. “Maybe for that filling, I’d be on the turn for you, you never know.” It's all getting a bit steamy in that tent!
Once again the bakers are proving to be getting along and it's not just all work and no play.
We are excited for bread week next week - let's hope they all rise to the occasion!