Oh pastry, how we love you so. After five weeks of sweet treats, so some savoury bakes being thrown in to the mix was a welcome change in week 6! 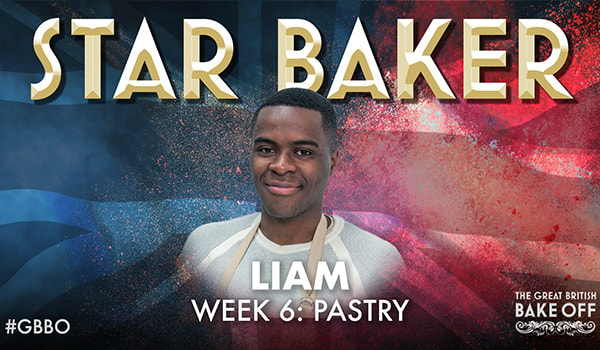 Oh pastry, how we love you so. After five weeks of sweet treats, so some savoury bakes being thrown in to the mix was a welcome change in week 6!

Pie week, sorry pastry week, is the week that the nation seems to look most forward to. We eagerly await for the presentation of delicious, buttery pastry combined with an equally tantalising filling.  And this year, pastry week didn't disappoint. There was an incredible combination of flavours and the stress levels were as high as ever as Liam upped his game and Julia suffered a defeat. 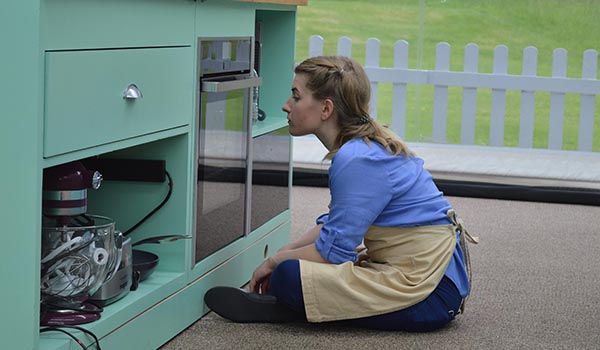 For the signature the bakers had to produce FOUR separate pies! Each with perfectly crisp shortcrust pastry and a savoury filling. Sophie kept hers simple, doing the four seasons and she performed well. However, Kate's usual good standards continued to slip when her pie portraits of inspirational figures turned out horribly wrong. 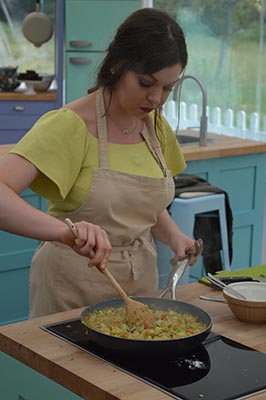 Julia was the only baker who decided to use a raw filling instead of a pre-cooked filling, which was a bit of a risk. Everyone thought the pies would be raw, yet they were actually over-baked! Nobody earned a Hollywood Handshake, but Liam did get a Prue Pat for this football themed pies. Overall the signature round was very average.

Paul was being a cruel master in the technical challenge. Yet we were all drooling over the Pastel de Nata challenge. These delicious Portuguese tarts are enjoyed by people all over the world. The delicious rough puff pastry, combined with a delicious creamy custard filling - YUM! According to Paul things can go wrong “from the very beginning,” . He added “They’ve got to understand the philosophy of how a rough-puff pastry actually works.” The rough puff seemed to be a challenge for many. Sophie really nailed it with the pastry, she knew how rough puff gets its distinctive flakey texture and seemed to have a decent knowledge of how a Portuguese tart should turn out! However we had concerns when it turns out Liam had never made custard and Kate had never made rough-puff pastry... What?! It seemed to be a day of many firsts. 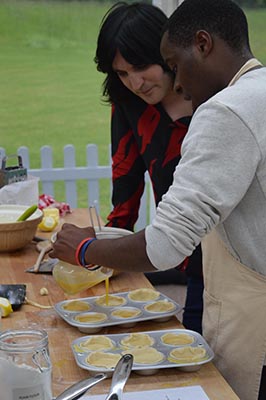 The tarts were all in a rather sorry state. Stacey and Liam cut their dough the wrong way, so there was little lamination and they were rather mishaped and Kate's were completely burnt - at this stage pastry week wasn't looking good for anyone. Meanwhile former Star Baker Julia ended up in  seventh position, with a pastry that’s more shortcrust than rough puff.

For the Showstopper, the bakers were required to make a hand-raised pie with a hot-water crust pastry case. The pie had to have a savoury filling with a delicious fruity top that complimented the flavours inside. The main concern for Stacey was having a leaky crack which, admit it, we were all giggling at. Liam almost slipped up when he said he was going to bake his inside a cake tin (completely going against the hand raised element) and triggering one of Paul’s signature stares. Liam changed tact last minute, despite it being his first attempt. Kate managed to save herself in the judging and edged her way back from a disappointing weekend with a turmeric and potato curry pie that Paul seemed to love. Stacey's worst fears are realised with Prue's catty comment that her Indian pie "certainly looks home-made". To add insult to injury Stacey made what could be one of the worst mistakes all season, there was a piece of baking parchment left in the bottom of the pie. Steven again created something that looked like it could be the cover of a baking magazine, but it turned out to be "a bit bland" in flavour according to the judges. The competition is getting tighter than ever as we edge towards week 7...