The bakers are dropping like flies as week 5 left us all reminiscing about those delicious, soft puddings we used to eat in school. 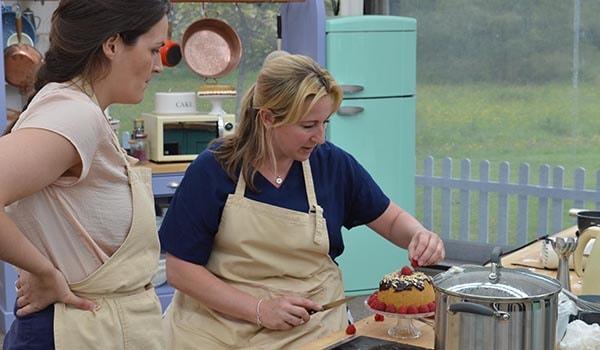 The bakers are dropping like flies as week 5 left us all reminiscing about those delicious, soft puddings we used to eat in school.

Pudding week was something that has us wondering "what is a pudding?". The best description we can give is that its something that cannot be categorised as anything specific such as a cake or a biscuit. However, British Food History have a bit more of an in depth version, which states that a true pudding is anything that is steamed in a basic, cloth or even intestine. We were mystified that nobody made a sticky toffee pudding (our personal favourite here at Food Heaven), but apparently it isn't actually classed as a "pudding" despite it's name. So we had to settle for school inspired steamed puddings for the signature challenge. This week we said goodbye to the loveable banker James Hillery, who we've grown rather fond of. Whilst Star Baker was awarded to Sophie Faldo, who unexpectedly trumped the rest and got through pudding week with flying colours. [caption id="attachment_15765" align="aligncenter" width="424"] 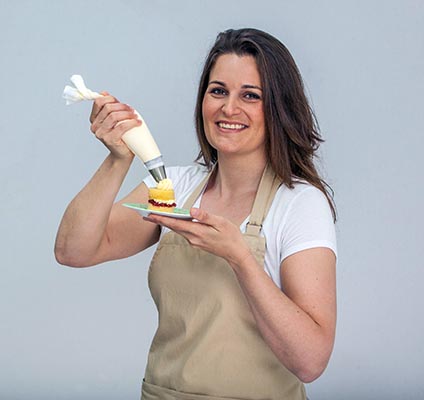 Image: Channel 4[/caption] So what else happened in week 5? Liam is still clinging on  The youngest baker, Liam, is still holding on in there despite still making mistakes in every round. He's adorable, but there's only so many times we can deal with his emotional breakdowns when he's hanging by a thread. [caption id="attachment_15764" align="aligncenter" width="600"] 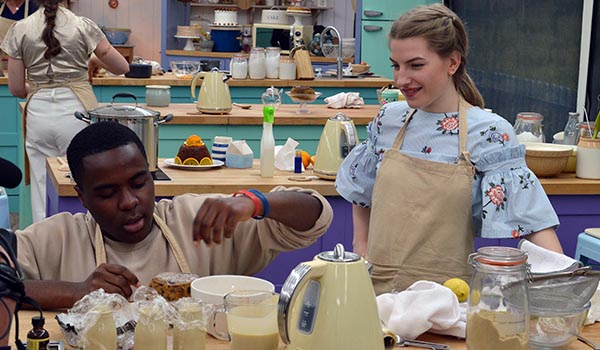 Image: Channel 4[/caption] We loved the staggered start technical We loved the cruelty of a staggered start. Call us sadists, but there was something so exciting about watching the bakers come in one by one and listen to what their technical challenge was. Julia had a look of pure worry on her face as she was the first to start. The bakers weren't even given a cooking time, so they were all left guessing how long they had to bake their fondants for so that the sponge was cooked but had a delicious, oozing centre. [caption id="attachment_15762" align="aligncenter" width="600"] 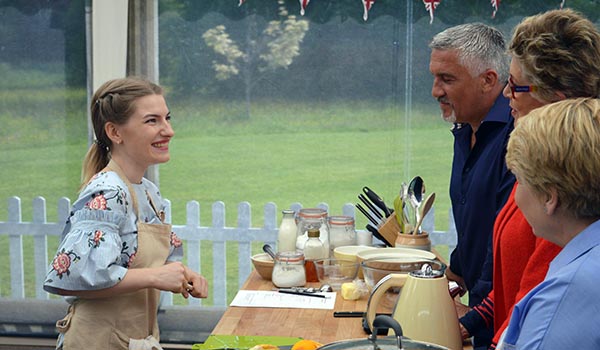 Image: Channel 4[/caption] Paul is going soft in his old age In week one Paul Hollywood surprised us all by giving out two of his famous handshakes. Last night he went one step further and had us spluttering in to our hot chocolate, as he handed out THREE handshakes! He offered his hand to Steven, Ya and Stacey for their incredible steamed puddings. With Steven's particularly impressing after he injected it with his compote. What has gotten in to that man? [caption id="attachment_15760" align="aligncenter" width="600"] 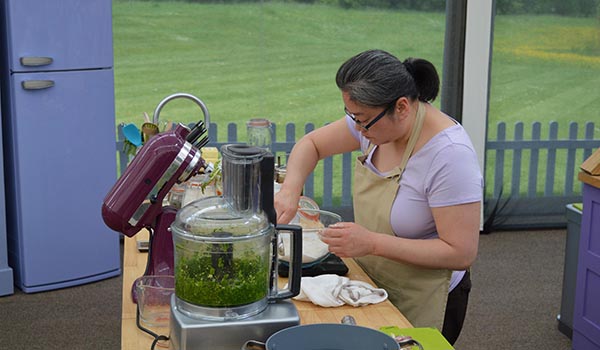 Image: Channel 4[/caption] Kate got too confident too early Kate was beaming at the start of the week after she got granted Star Baker in week 4. Her smile soon turned in to a frown when she failed to impress in pudding week. Did she get too confident too early?   Next week is pastry week...
Next week is pastry week and we couldn't be more excited. We love the buttery, flakey feel of pastry next to delicious soft filling.
Our mouths are watering already!