Latest
Vanilla & passionfruit cheesecake 7 healthy baking swaps How to model a fondant man sitting down Vietnam’s cuisine: A feast for the five senses Types of icing: how many do you know?

Last night's The Great British Stand Up To Cancer Bake Off saw the usual japes and chaos, but one thing we didn't expect - Sandi ruins Krishnan's cake! There have been many disasters in the tent over the years, but this time Sandi ruins Krishnan's cake!

Last night's The Great British Stand Up To Cancer Bake Off saw the usual japes and chaos we've come to know and love from the celebrities, but one thing we didn't expect - Sandi ruins Krishnan's cake!   Though poor Sandi was trying to help Krishnan, it all went south while getting the cake out of the oven, and viewers watched on as the cake toppled from the cooling rack to the table.

"Sandi got hold of the bottom and she said, 'You get hold of the top'. Of course, it didn't work because it's very hard to stay in sync with someone else as they turn it over.

"The whole thing fell apart and collapsed! It was a disaster."

And now for a visual metaphor of Brexit. #GBBO pic.twitter.com/o3qRaOPW7L 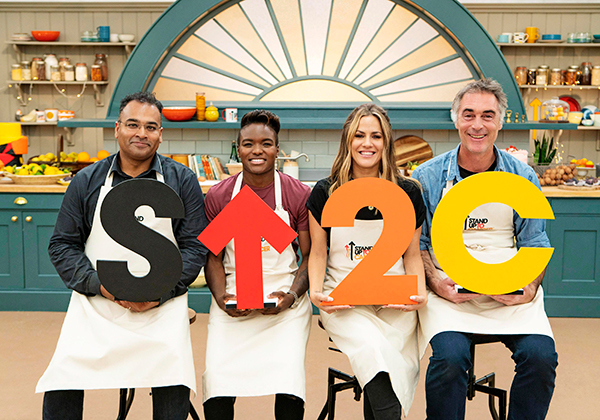