Latest
£10 tickets to The Cake & Bake Show this October! How to start an online cake business part two – 6 ways to win on Google WIN! 1 of 3 copies of Jane's Patisserie How to make fondant koala cake toppers Caterpillar cake

The Great European Bake-Off – 27 of the tastiest desserts you have to try on your travels!

A new interactive from Thomson Lakes and Mountains has taken a look at some of the best and lesser-known sugary treats from all over Europe. 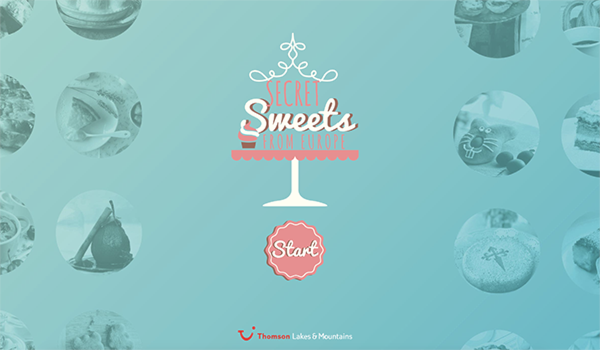 A new interactive from Thomson Lakes and Mountains has taken a look at some of the best and lesser-known sugary treats from all over Europe.

Satisfying your sweet tooth can often be one the best parts of a holiday. Whether it’s in a restaurant, a patisserie or lazing by the pool, discovering your new favourite dessert can often be the highlight of any trip. Thomson Lakes and Mountains have put together some of the finest sweet delights from 9 hotspots for getaways, with treats you may know or are yet to sample. Their interactive map will take you across the continent, showcasing the finest pastries, biscuits and cakes. France – The C lafoutis is the baked fruit dessert from Limousin packed with black cherries, supposedly derived from the Occitan word ‘fill’. Fill up, indeed! Italy - The nougat-like treat Mandorlato Torrone is local to a small commune named Cologna Veneta. The region in the Province of Verona even has its own annual nougat festival! Austria – If you’re in Salzburg, be sure to sample the Nockerl, a dumpling-style dessert iconic to Austrian cuisine. The powdered sugar dusting is meant to signify the snow-covered mountain peaks. Spain – The Torrija serves up what is essentially a variation of French toast, originating over 500 years ago and often made with alcohol. Germany - The Berliner Pfannkuchen is the dessert responsible for JFK calling himself a doughnut which, while not strictly true, adds some humorous history to a tasty treat. Portugal - Lisbon’s Bolo Rei is a traditional cake covered with candied fruit often eaten around Christmas time. Dessert-fanatics can use the interactive to explore further, with confectionary items from Belgium, Switzerland and Slovenia all featuring on the Secret Sweets map. Martin Nolan at Thomson Lakes and Mountains’ claims that the map is ‘a great tool people can use to learn about the rich history of delicious European desserts’. The tool also shows users the ingredients, where it’s best to eat/buy, and a brief history of the dessert. Find out what you’ll be trying on your next trip away here.   TUI Uk and Ireland TUI UK and Ireland is the UK’s largest tour operator with key brands including Thomson, First Choice, and Thomson Cruises as well as Crystal Ski and Thomson Lakes & Mountains. Sub brands include Sensatori, Sensimar, and Family Life, as well as First Choice Holiday Villages and SplashWorld Resorts. TUI UK and Ireland’s airline, Thomson Airways is the UK’s third largest airline with 63 aircraft operating to over 88 destinations in 30 countries. Thomson Airways was the first airline in the UK to take delivery of Boeing’s 787 Dreamliner. TUI UK and Ireland has a team of more than 10,000 employees and serves over six million customers each year. TUI UK and Ireland is a member of TUI Group.