Latest
Sourdough; the real and the fake explained WIN! A Sourdough Baking Class at Two Magpies Bakery worth £225! Types of icing: how many do you know? Toffee apple tart How to make an octopus sugarpaste cake topper

The Latest: The Great British Bake Off 2016

Well good news, the Great British Bake Off, the show our nation loves and longs for, is soon to be back on our screens. Grab another slice of the action! Well good news, the Great British Bake Off, the show our nation loves and longs for, is soon to be back on our screens


After last year, when Nadiya Hussain deservedly won the GBBO crown last year, baking fans are on the edge of their seats ready to grab another slice of the action. Wait, don’t get ahead of yourselves, gather some baked goodies and find out how this series is going to run, will there be numerous soggy bottoms or any humorous one-liners from our much loved presenters? Or will this seventh series be as dreamy as those light and fluffy Victoria sponges the competitors will have to bake. We’ll have to wait and see…

When does the series begin?

The Bake Off is scheduled to return to television at the beginning of August, so don’t fret it’s not long till you can feed on GBBO feel good moments! The programme is expected to be on BBC1 for ten weeks, and will probably be shown on Wednesday evenings, like the last series – which set off on August 5 last year. Last year, we were lucky enough to get An Extra Slice aired on Fridays, aiming to target fans who were hungry for more of the action. More than that, the true icing on the cake is that there will also be two Christmas specials for complete baking fanatics to look forward to. These special showings are set to feature favourite contestants from GBBO’s history, so who do you reckon will be returning to go up against each other in a show stopper showdown. Who is presenting the show? [caption id="attachment_7408" align="aligncenter" width="300"] 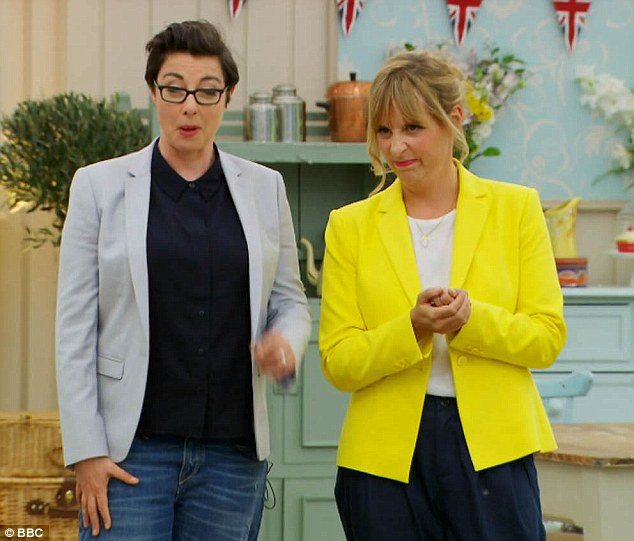 Image: BBC[/caption]
No change here (phew!), witty double act Sue Perkins and Mel Giedroyc will be presenting the treasured show. We are sure they’ll bring their humorous innuendos back to the tent itself. As normal, bakers will have to face up to stars Mary Berry and Paul Hollywood as they whisper away and offer their steely stares to the contestants.

Who are the contestants? 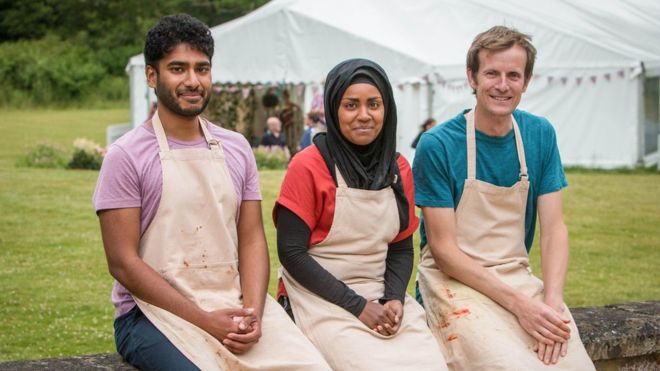 Image: BBC[/caption]
All is kept under wraps when it comes down to the contestants, usually the show takes on 12 amateur bakers to compete for the Great Bake Off title. This year, the contestants’ identities have been kept secret so carefully by ensuring that anyone seen going into the tent must wear a Bake Off apron, so that they can’t be identified. Did you know? The renowned tent sits in the grounds of Welford Park, near Newbury in Berkshire, here it is set up for ten weeks. The filiming began in April, one episode was filmed every weekend and the bakers stay in a hotel near the filming location. They return to normal life in the week, what a crazy life these stars lead!

How will it work?

The challenges differ from year to year but usually the classic bread and pastry bakes are in there somewhere. It’s reasonable to assume that the show will continue to follow its winning format. Typically there are three challenges per episode – a personalised signature bake, a tough technical bake and a showstopper bake where competitors get the opportunity to wow judges. Year on year, we can only expect that technical bakes will be harder and the bakers ever more motivated and ambitious! We can’t wait! This article was sourced from The Sun and adapted.
Content continues after advertisements