Latest
Toffee apple tart 7 healthy baking swaps Types of icing: how many do you know? Sourdough; the real and the fake explained How to make a sugarpaste crab cake topper The insight into the royal world of entertaining includes the palace kitchen's methods for classic favourites such as carrot cake and Victoria sponge, offered in delicate slices to the 30,000 visitors who attend the Queen's annual summer gatherings every year. Royal fans will also be able to try their hand at making the clementine macarons and chocolate and almond biscotti, which are served to guests at official functions.

The Queen sent the recipe for the homemade Scotch pancakes to US president Dwight D Eisenhower in 1960 at his request after he developed a taste for them while staying with the monarch at Balmoral.

Among the 40 sweet and savoury bakes which feature in the book are cardamom and orange shortbread, summer berry tartlets, a salmon and tarragon quiche, vol-au-vents with autumnal wild mushrooms and an elaborate Gateau Opera topped with gold leaf. 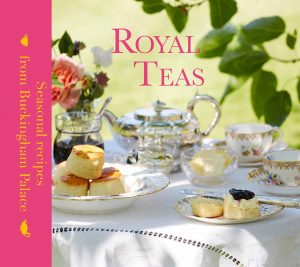 
There is also a chapter dedicated to the history of afternoon tea - a concept credited to Anna Maria Russell, Duchess of Bedford, Lady of the Bedchamber to Queen Victoria.

In 19th century aristocratic circles, dinner was served late, so afternoon tea was seen as the best way of filling the gap between a traditionally light lunch and the evening meal.

The Victoria sponge was named in honour of Queen Victoria, who established royal garden parties in the 1860s.

This story first appeared on the Mail Online