Saffron Butcher, has been a professional baker for four years but she's hit the big time with this request - to help replicate the queen's wedding cake. 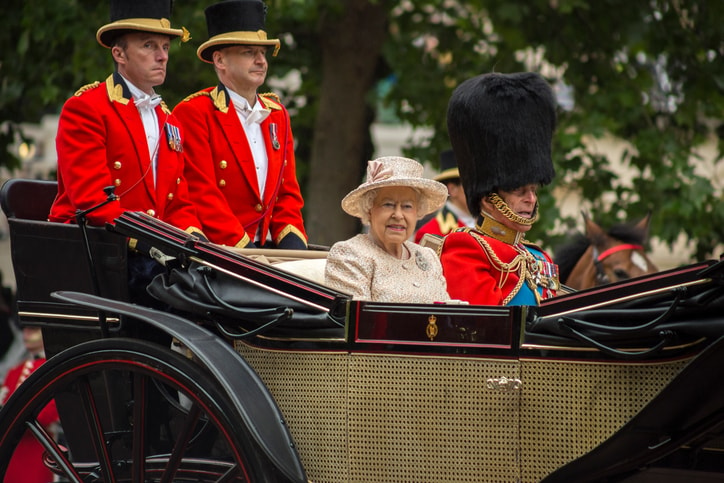 Saffron Butcher, has been a professional baker for four years but she's hit the big time with this request 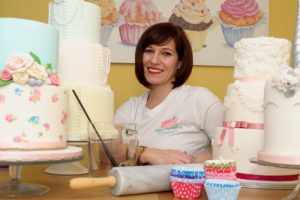 Image: Warwick Courier[/caption]   Near the end of last year, Mrs Butcher decided to quit her full-time job as a Weight Watchers leader to pursue a career in baking and cake decorating full time. Mrs Butcher, who runs ‘Caking and Baking’ from her home, makes bespoke cakes for occasions such as birthdays, weddings and corporate events. She said: “I have always loved baking and I got into decorating cakes as I suffer from insomnia and it was something I could do quietly without disturbing anybody and it has become a passion of mine.” The Warwick-based baker, who is a member of the British Sugarcraft Guild, has been selected to work as a cake decorator on a new replica of the Queen’s wedding cake. The original replica of the cake was made by Peek Frean in 1947 and was featured in a recent exhibition of the Peek Frean company in London. During the a exhibition switch over the cake was left behind for collection at a later date but when people gained access to the building in July 2015 they vandalised the replica. [caption id="attachment_12976" align="aligncenter" width="600"] 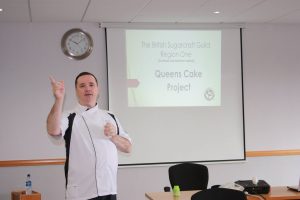 Region 1 had their first workshop in Aberdeen. Image: The British Sugarcraft Guild/ Facebook[/caption]
The British Sugarcraft Guild are now working on creating a new replica for the Queen’s 70th wedding anniversary in November. Mrs Butcher said: “I belong to the Warwick branch of the guild and I put my name forward and they asked me to come and help and I am honoured to be asked to do this. It is very exciting. I never thought in my wildest dreams I would be asked to do something like this. “It would mean a lot to anybody to be able to receive a replica of their wedding cake but to do it for the Queen, it all means so much and it really is the wedding cake holy grail,” she added. Mrs Butcher will be joining other bakers from the Midlands this weekend for the first regional workshop for the cake, where they will be working on tier 4. She said: “It will be really special to know my work will be on show for so long". This story first appeared on the Warwick Courier