Latest
The Great British Cake Survey 2021 results are in! WIN! A copy of Cooking with Alcohol by Aaron and Susannah Rickard! The Black Friday sale 2021 is here! How to model a fondant snowman cake topper WIN! A KitchenAid stand mixer and new bread bowl with baking lid worth up to £728! As the whole nation is gearing to celebrate Christmas and New Year, Bengaluru in India, celebrates in its own way by organising a cake show. 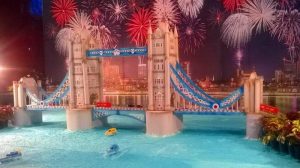 Image: ANI/Deccan Chronicle[/caption]
This show is India’s biggest annual cake show and they know how to impress! A Bengaluru-based businessman, C Ramachandran, has made this astonishing cake replica of London Bridge, it reportedly weighed 500kg. The structure was very challenging and it took him a long time to perfect the design understanding and its execution. His passion, love for culinary has been there for many decades and he now supports many young aspiring cake decorators to learn and understand the techniques. The event this was showcased at is being organised at Bengaluru’s Indian High School ground near UB City. The cake show, which started on December 16, will conclude on the New Year’s Eve. Many other impressive cakes were showcased at this event, one being a huge dragon cake of reportedly 7.5ft, it is one of the main attractions at the show. The dragon is often seen as symbol of power, strength, and good luck. [caption id="attachment_10866" align="aligncenter" width="600"] 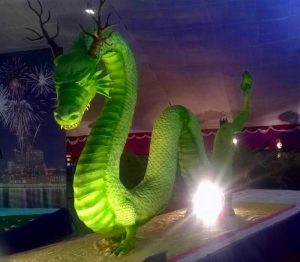