Will this famous four solve our Bake Off sorrows of 2016?

Yes our beloved trio, Mary, Sue and Mel quit Bake Off this year after they discovered that it would be moving to Channel 4. Yes our beloved trio, Mary, Sue and Mel quit Bake Off this year after they discovered that it would be moving to Channel 4.


But not to worry, there have been plenty of silver linings (well maybe not, but let's be postive aye) since the news hit us, one of which is that it's since been hinted that all three are set to team up with Nadiya Hussain for a project of their own. Director of Content Charlotte Moore said: “There will be more news on what Mary Berry, Mel and Sue and Nadiya are doing next...some exciting news to come.” BBC representatives decided not to give any further details about the project and they wouldn't even confirm that it would be a baking show. But, in an interview with the Press Association, Perkins has thankfully addressed the rumours herself. And, sadly, it sounds as though the BBC might have got a little over excited about well, nothing really. [caption id="attachment_3581" align="aligncenter" width="600"] 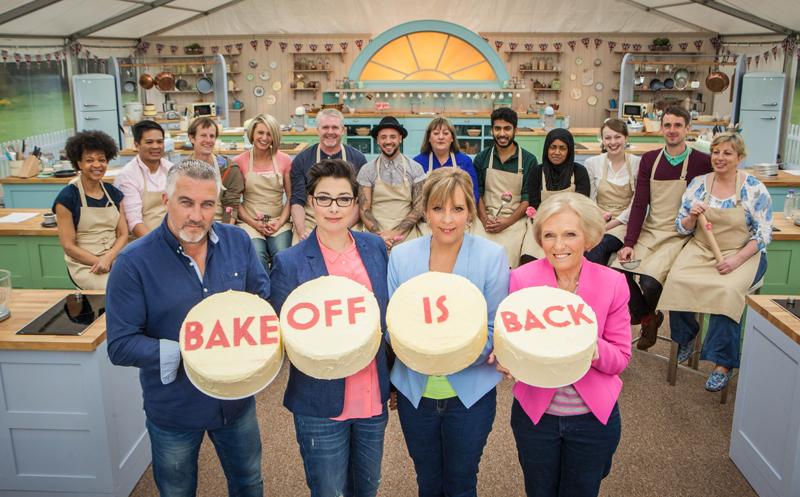 (C) Love Productions - Photographer: Mark Bourdillon[/caption]
“There are no plans,” she said, when asked what the dream quartet’s new show would be about. “I know that there is some will for us to do something but I would be lying if I said we had spoken about it.” She added: “I think the next thing for us to do would have to be very, very special and we will take as much time to get the thing right, if indeed we do it at all.

“It's enough for me to know them in real life, television is just a bonus.”

However, Perkins admitted that she and Giedroyc are definitely going to appear on screen with their dear friend Berry – even if there's no dough involved (that's money – not actual dough, keep up everyone). “We have now informed Mary that whatever she does, we will be appearing in whether she likes it or not,” she said. “So she might be doing a programme about country houses, Mel and I are just going to stand in the background or we might be having a pretend row in a corner and she's up for that.” Take a look at the trailer for The Great British Bake Off Christmas Special: Perkins finished by praising the star of the show, insisting: “Mary is like an unruly sister, a cheeky aunt, a censorious grandma, a wonderful mum, she is everything. "I'm so lucky to know her and honestly when I talk about Mary I could cry because she's as wonderful as you would imagine and then 100 times more." The show was pre-recorded in the summer and the comedian made it very clear that the Christmas special will not be a tainted with sadness: “As far as I was concerned we'd be carrying on,” she said. “So it's nice in a way, it wasn't filmed in a wistful way. It was filmed as business as usual, so there was no sense of what was to come when we were doing it.” The Great Christmas Bake Off starts on Christmas Day at 4.45pm on BBC1. The second part will air on Boxing Day at 7pm. This story first appeared on Stylist
Content continues after advertisements