Latest
Caterpillar cake Around the world in 100 cake ingredients Maryland cookies £10 tickets to The Cake & Bake Show this October! How to create a chalkboard effect cake

Batter week, a first for Great British Bake Off, was littered with numerous stumbling blocks. Yorkshire puds and Lacy Pancakes, find out who was star baker 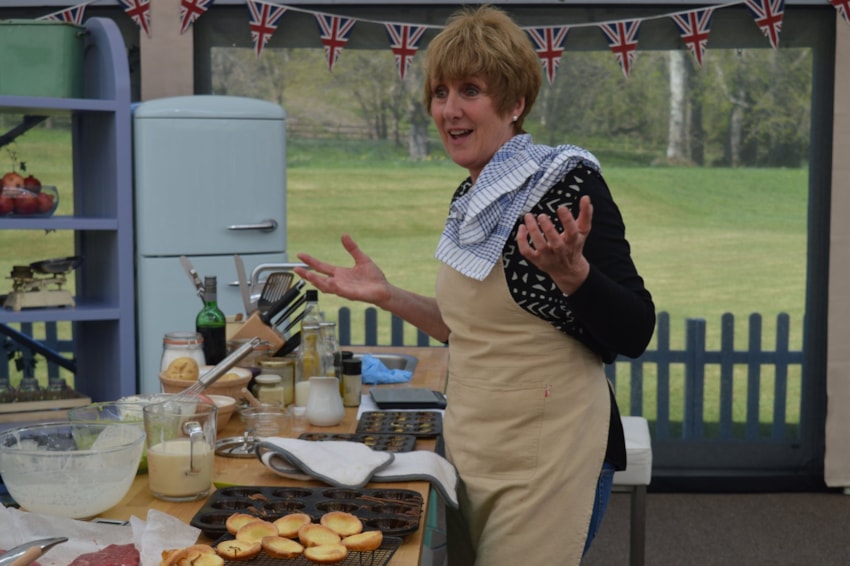 Talk about assault and battery, last night's episode was full of clumsy mistakes...

Batter week, a first for Great British Bake Off, was littered with numerous stumbling blocks. Think of all the tasty things you can conjure up with batter, for example classic Yorkshire puds and pancakes, yum! In fact, they were the subject of this week’s show, however we're currently debating if our Dads could have done a better job to be honest.

This brings up memories of delicious sunday roasts with giant Yorkshire puddings that act as a gravy boat, but we’re sorry to say there wasn't a great deal of that friends. Did you know that Val is originally from Yorkshire? We had high hopes. Andrew and Selasi decided on meat filled puds, Selasi's featured crackling, he's already a winner in our eyes. Candice created some sad looking Yorkshire biscuits and Jane failed terribly in this challenge on the rise element. It also seems that many contestants are getting in a habit of starting again apart from Rav. Come on guys, up your game! The good news is, Selasi and Rav received the envied Hollywood handshake, boom!

Time for a bit of oversharing from Candice, just so you all know, she doesn't have any lace knickers - perhaps an idea for a potential prize, if she wins that is. Many of the contestants were flummoxed at this challenge with little instructions and no serious lace design practice. They grabbed some paper in order to practice their artistic pieces and after a few attempts they braved it. [caption id="attachment_8587" align="aligncenter" width="615"] 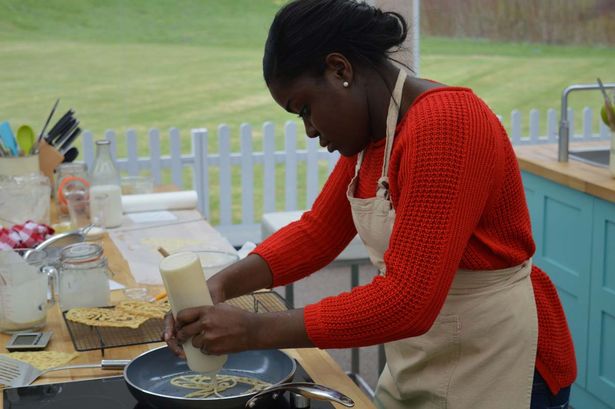 Image: BBC[/caption]   Lace is meant to be pretty and delicate but we think Kate missed the memo, Mary described them as 'clumsy'. Benjamina was the winner of the technical challenge – could we be looking a potential winner, baking fans?

This baking malarky isn't for the faint hearted – they had to make 36 Churros and if you've not seen them before they are a type of doughnut, delicious! A few of them attempted some brave flavours, Rav opted for a matcha flavoured churro and wasabi dip which is very on trend but Mary was not convinced. Kate created some 'bunny' shaped churros and Andrew decided to combine two churros in one flower shape, clever engineers aye! [caption id="attachment_8588" align="aligncenter" width="600"] 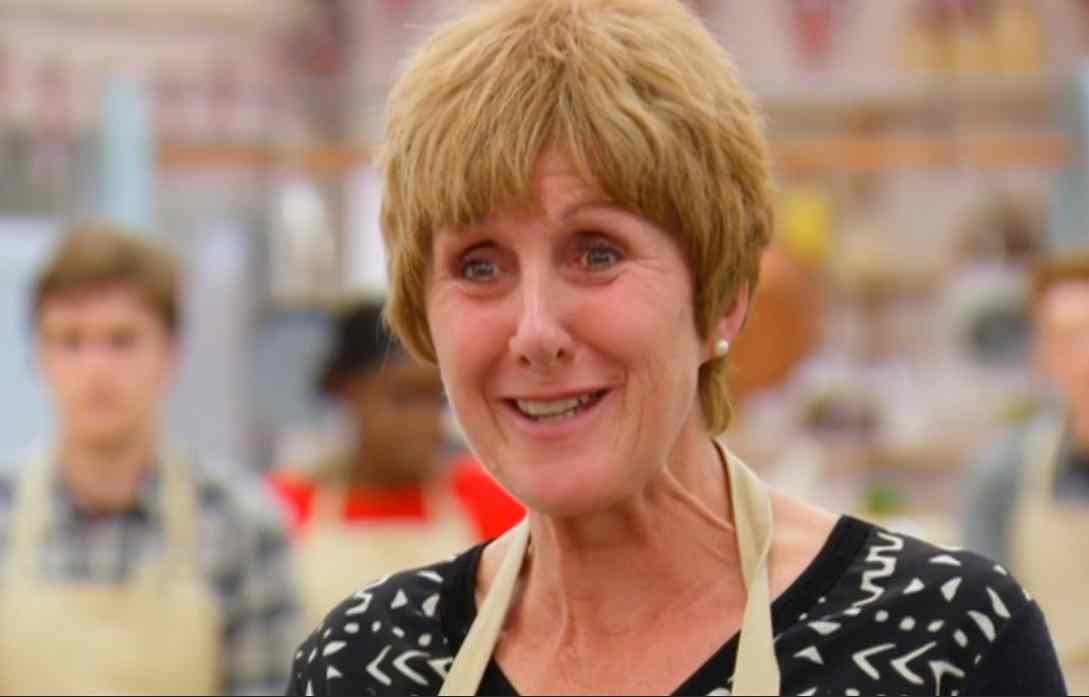 Image: BBC[/caption]   When it was time for judging, Selasi presented burnt churros and Tom brought over baked ones, oh dear guys what's happened to our cool cucumber and star baker? Nevertheless, Jane was on a high, her emotions changed in a flash when Paul congratulated her on the excellent Spanish street food she'd made. This week's star baker was Benjamina! It was a good choice as she baked some fabulous pancakes, maybe we should invite her round for breakfast on Saturday morning? Sadly, Kate was sent home, the bunnies turned out pretty scary but she did bring a endearing, sweet side to the show, we'll miss you Kate!