Imagine their faces when the kids are cold from watching fireworks and they crave a hot chocolate and you instead hand out warm jars of mallow and thick hot chocolate sauce with chunky biscuits for dipping, oh to be popular! Once you have assembled your jars, tie a spoon to the side of the jar with baker’s string and stand on a warm oven to keep the heat in but not too hot for little hands. 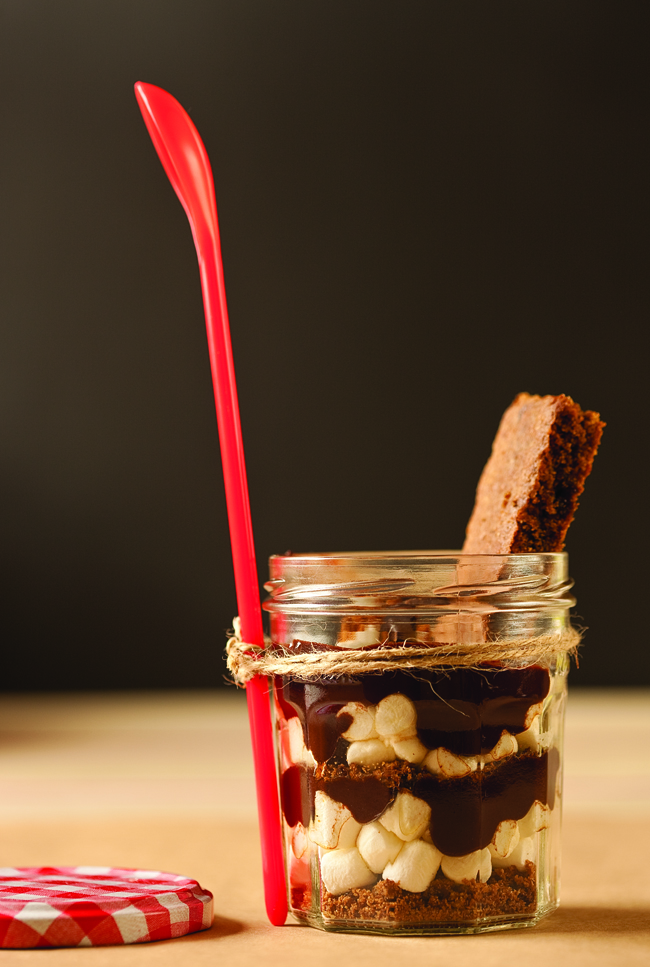 For the biscuits: For the chocolate sauce:

TIP: * For more traditional s’more crackers simply roll out the dough to half the thickness, cut into squares and prick the surface with a fork. This will yield double the number of biscuits. S’more mallow pop fondue This is a fun hands-on activity for the children. Sit them at a table with a bowl of marshmallows, a bowl of crushed biscuits, the warm chocolate sauce and pop sticks. Proper pop sticks are not sharp so children can have sticky independent fun skewering their mallows and the toppings will give all the flavour of a s’more just without the campfire! S’more doorstop challenge The biscuit recipe above creates thick fingers for the dipping jars but they can also be used to make a traditional and very substantial s’more sandwich. Spread chocolate sauce on some of the biscuits and sandwich one plain and one chocolate biscuit around a toasted mallow (turn over a gas flame on a skewer – an adult job because of the naked flame and because the mallows can catch light) – just make sure the mallow isn’t too hot before serving.

More in Baking Biscuits with Kids