Who doesn't love the smell of freshly baked bread?! Try this blueberry focaccia recipe courtesy of Seasonal Berries for a tasty twist! Brought to you by Seasonal Berries

If you've had a manic week at work, unwind and make this rustic artisan looking loaf. Kneading warm bread dough will soon get rid of those feelings of stress. There's only one rising, so it's much quicker than most breads and you'll fill the house with an amazing smell while it bakes. Then sit back and tuck into bread fresh from the oven with a mug of coffee or hot chocolate.

1. Finely chop the fruit rinds and mix with half the sugar.

2. Add the flour, salt, cinnamon and butter to a large bowl and rub in the butter with fingertips until it resembles fine crumbs. Stir in the chopped fruit rinds and sugar mix then the yeast.

3. Add the egg to the flour then gradually mix in enough warm milk and water to mix the flour to a soft dough, you may have a little liquid left. Knead for ten minutes on a lightly floured surface until the dough is smooth and elastic.

Top tip! When mixing the milk and water, add hot water to cold milk from the fridge then test with your little finger – the liquid should feel just warm. Too hot and the yeast will be killed, too cold and it will take ages to begin to work.

4. Sprinkle the work surface with extra flour and semolina, if using, then gradually knead in the blueberries and remaining sugar, twisting and pulling the bread until they have all been mixed in and trying not to overwork so that the blueberries don't get too mashed up. Pull into an oval shaped loaf about 23cm (9in) long and put on to a floured baking sheet. Cover with oiled clingfilm and leave to rise in a warm place for about forty five-sixty minutes until the dough is well risen. While the bread rises, preheat the oven to 220°C/Gas Mark 7.

Top tip! If you have a fan oven, don't forget to reduce the temp down by 10-20°C or the bread will brown too quickly. Check on the bread during baking and turn it round if needed so that it browns evenly and if you think it is browning too quickly, loosely cover with foil.

5. Remove the clingfilm, sprinkle the bread with a little extra flour then bake for thirty-thirty five minutes until golden brown and the base of the loaf sounds hollow when trapped. Leave to cool on a wire rack and serve while still warm. 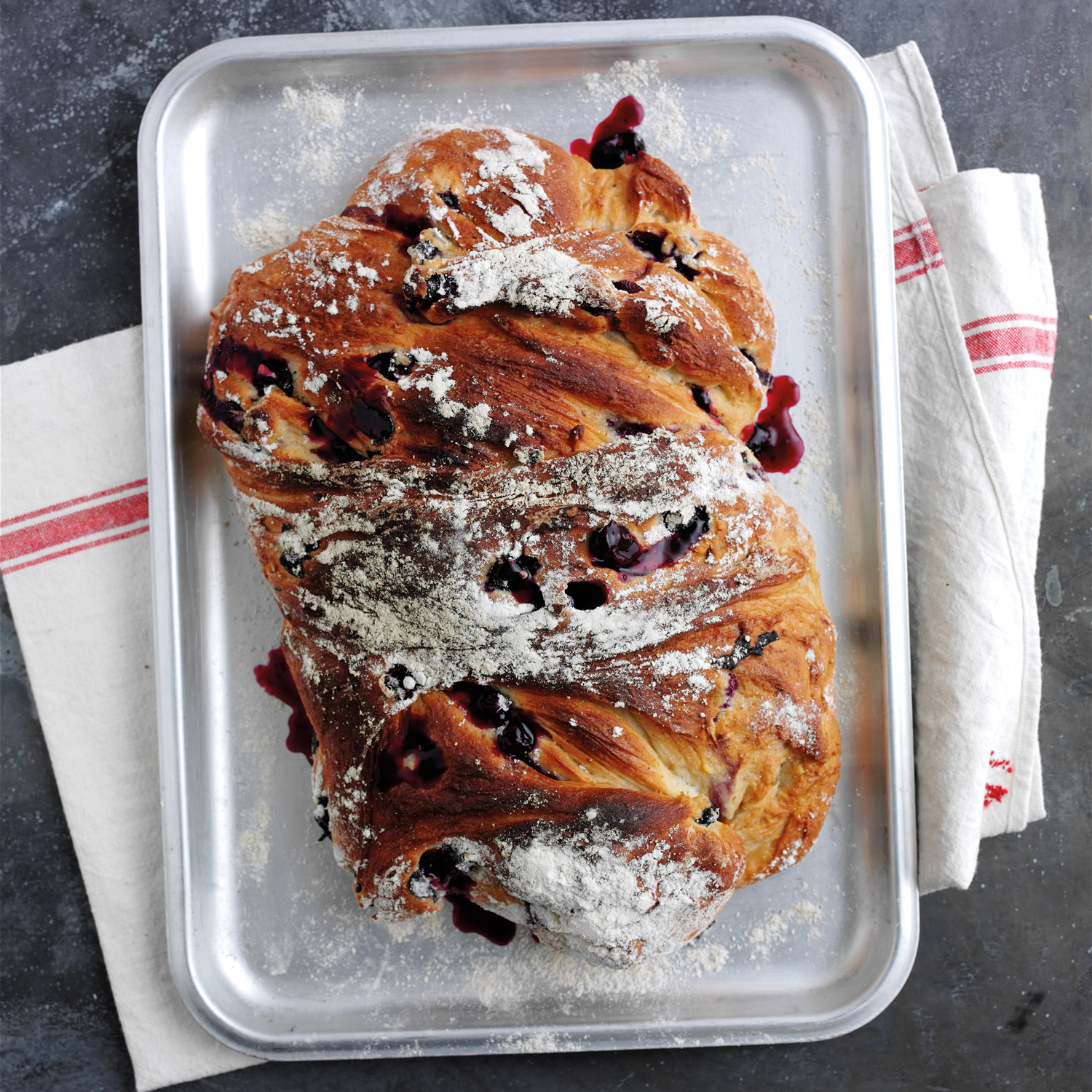