Learn how to make an Italian Colomba di Pasqua (Colomba Pasquale) in the second part of our ‘Cake around the world’ recipe series with Zoe Burmester, and find out about the interesting history of this traditional sweet Easter bread. Brought to you by Zoe Burmester

And so we continue our ‘Cake around the world’ series! In the first part we showed you how to make a delicious Valentine’s pavlova with a chocolate cherry topping – this time, we’re heading to Italy to learn about Italian Easter Colomba di Pasqua, complete with a video tutorial showing you how to make your own! It’s over to Zoe Burmester, a.k.a. Sugar Street Studios.

A history of Colomba di Pasqua

The Colomba di Pasqua (meaning the Easter Dove) or Colomba Pasquale is a traditional sweet bread made at Easter time and is a very similar Italian cake to its more famous cousin the Panettone, which is eaten in Italy (and beyond) at Christmas. 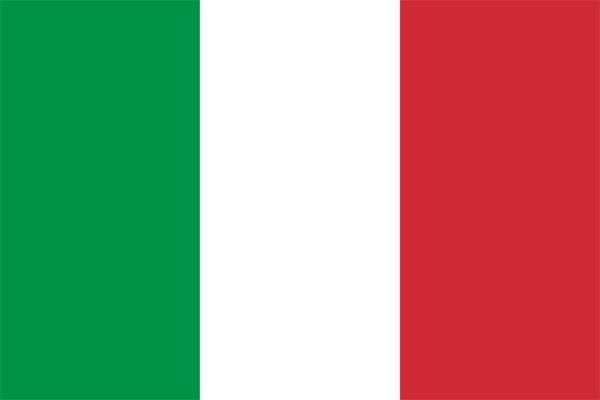 The Colomba is distinctive for its stylised dove shape and is characterised by its orange and almond flavour, studded with candied oranges and topped with a delectable crunchy almond and pearled sugar coating.

Where did the Colomba di Pasqua originate in Italy?

Milan gets the credit for introducing the modern Colomba to the world, but the origins of this legendary bake are up for debate to this day. While the meaning of the bird follows Christian symbolism of peace, salvation and resurrection, many different stories lay claim to the origin of this dove shaped treat.

One legend tells of the Lombardy King Alboino who managed to conquer the city of Pavia after a long siege in 572 AD. The citizens of Pavia so eager to please their new (slightly scary) sovereign and avoid execution they created these dove-shaped cake breads as ‘peace offerings’. They were so tasty the King decided to spare their lives.

Another legend dates back from the 6th century (also in Lombardy) and centres on an Irish monk who, while visiting the local Queen Teodolinda, felt uneasy about being presented with a banquet of meat and game dishes during Lent when penance dictated these lavish meats couldn’t be consumed. To avoid offending his hostess the monk offered to bless the meats... He raised his right hand in a sign of the cross transforming all the dishes into sweet white bread doves. The monk was later pronounced a saint and the white dove has always since been depicted on his shoulder. 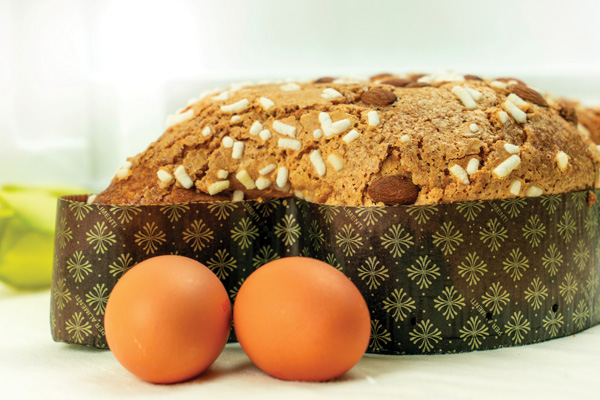 It wasn't, however, until the 1930s that a baker from Milan, Angelo Motta, had the idea of making a cake that should be available to all, consumed during Easter. This baker was already producing Panettone at Christmas and used the same machinery and adapted his Panettone recipe to produce this now famous cake celebrating peace and spring.

If you love all things ‘cake’, explore the sweet world of Cake Decoration & Sugarcraft magazine, packed with step-by-step tutorials, inspiration, the latest products and trends, top tips and techniques for all levels!

What time of year is best to enjoy Colomba di Pasqua?

Coming from an Italian family I’m well used to seeing this odd shaped Easter treat… sitting somewhere between a cake and a bread, thick slices being eaten with chocolate (if we were lucky) and sips of rich espresso. It’s as ubiquitous in Italy at Easter as hot cross buns are in the UK.

If you’ve never tried to make this sweet bread at home, I urge you to give it a go. Traditional methods for making Colomba are involved and take time using layers of fermented dough. However, I’ve come across many recipes that have been adapted to home baking and are actually simple enough to achieve.

How long does it take to make?

I make a Colomba over two days so it's not one to make in a rush. To be truly authentic, you should try and lay your hands on the Colomba case to create your dove shaped bread. If you can’t find one, bake in a large round tin instead. It’ll taste just as good! 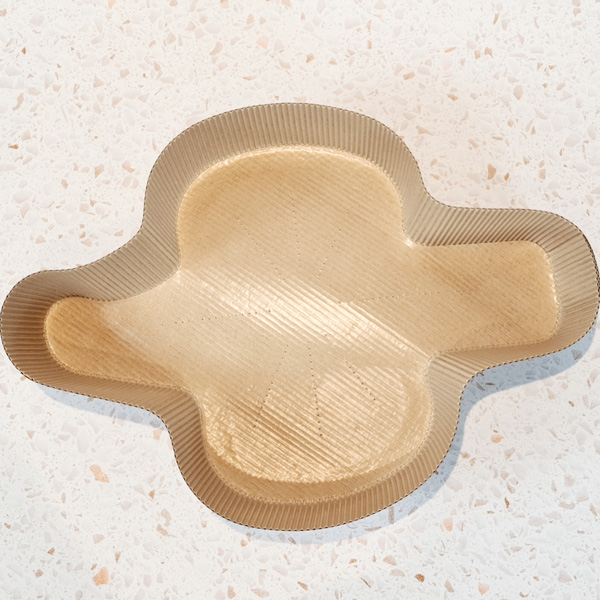 Watch the video tutorial to follow along and refer to the full recipe below! 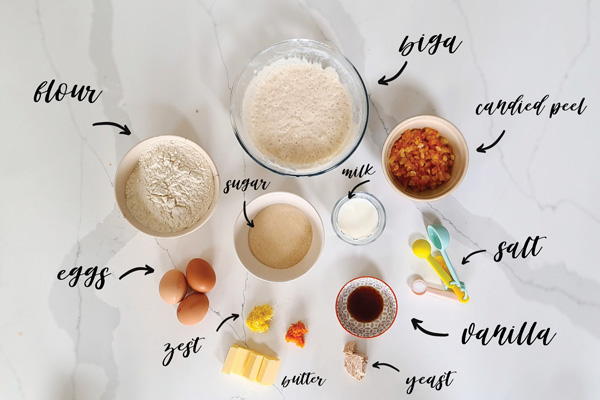 1. First make your biga or sponge by combining all the ingredients in a bowl and cover with cling film. Leave overnight, for 16 hours to ferment, by which time you will see bubbles through the dough.

2. The next day place all your ingredients for the main dough, except the butter and including the biga into a cake mixer with the dough hook fitted. Turn the mixer to a medium speed for about 10 minutes until the dough is well combined. Now with the dough hook still turning, slowly add the pieces of butter one at a time until well combined and fully integrated into the dough. The dough should be silky and stretchy and come away from the sides of the bowl.

3. Turn into a large oiled bowl and cover with a damp towel or greased piece of cling film. Leave in a warm place for 3-4 hours until the dough has doubled in size. 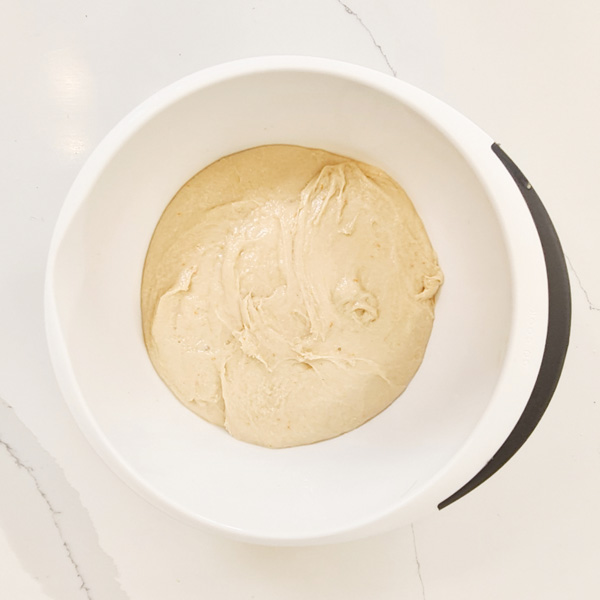 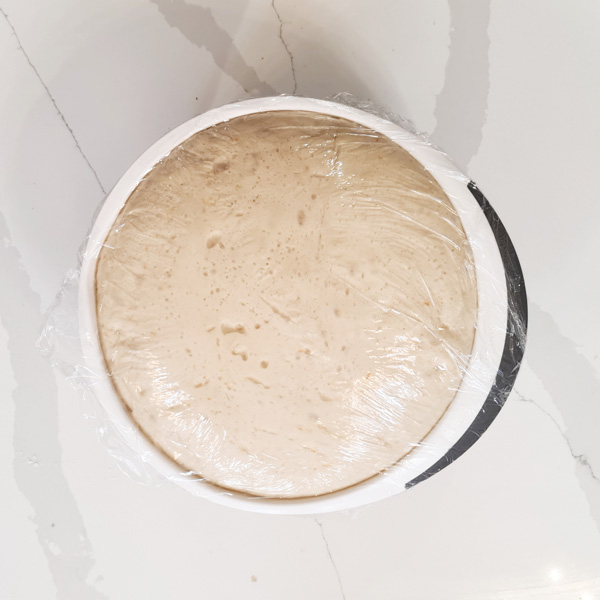 4. Once doubled tip the dough out onto your work top and cut the dough into three pieces. Form one into a log and the others into two rough balls. Place them into the mould with the log running down the spine of the mould and one piece either side.

5. Cover with oiled cling film and leave to rise again until it has reached to just under the top of the mould. This will take about an hour or so.

6. Once ready to bake, prepare the topping. Whisk the egg whites until frothy and add the ground almonds and sugar. Gently brush onto the top of the dough with a pastry brush and then sprinkle the pearled sugar and almonds on top. 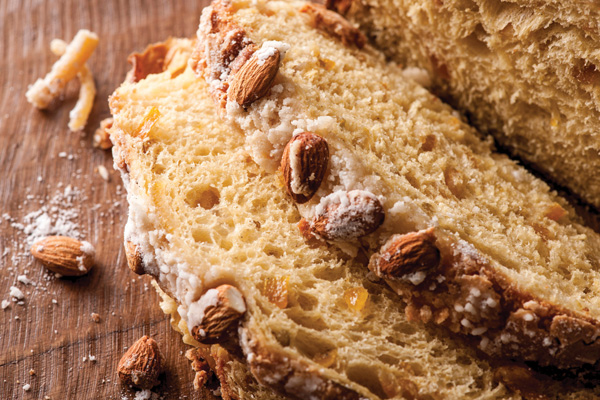 Next, check out more Easter treats like these tear and share buns, or these Easter baking recipes for kids (and you!).