Meantime’s Brewmaster Ciaran Giblin has worked closely with Eric Lanlard to brew the latest beer in the series – ‘Cake Boy Hazelnut Ale’ – a smooth, dark ale made with real hazelnuts, at 5% ABV. The exclusive new beer has taken inspiration from Eric’s knowledge and expertise on festive flavours to create the perfect accompaniment to wintry desserts, we love it! But it doesn't stop there, as part of the collaboration, Eric has also created a brand new mince pie recipe, infused with the ‘Cake Boy Hazelnut Ale’. Officially launching on 12th December, both the hazelnut ale and mince pies will be available to try and buy at either the Meantime Brewery Tasting Rooms, SE10 0AR or Cake Boy, SW18 1TX until 22nd December. Those that purchase two bottles of Cake Boy Hazelnut Ale bottles (£2.10 each) will get a mince pie free (yes please!), while stocks last.

Ingredients For the mincemeat

For the pies Method 1. Put all the dried fruit and spices into a large bowl and mix thoroughly. Place the vanilla extract, grated orange and lemon zest, butter, sugar and Cake Boy Hazelnut Ale in a small saucepan and heat gently until the sugar has dissolved (ensure you do not let it boil). Pour over the mixed fruit and stir gently, without breaking up the fruit pieces. Cover the bowl with cling film and leave to infuse for around 48 hours. 2. Once the fruit is infused, pack the mincemeat into sterilised jars and seal. Store in a cool dark place for a couple of weeks to allow the flavours to mature. 3. When you are ready to make the mince pies, preheat the oven to 180C (gas mark 4). 4. Grease 6 individual 10cm diameter loose-bottomed tartlet tins. Roll out the shortcrust pastry thinly on a lightly floured surface and then use the pastry to line the tins. 5. Once the tins are lined with shortcrust pastry, generously fill the pastry cases with the mincemeat. It is likely you will have some mixture left over for using again. 6. Roll out the puff pastry on a lightly floured surface. When it is around 4-5 mm thin, brush with a beaten egg. Next, cut out 6 shapes that will be used to top the tarts (this recipe uses a star shape for Christmas). Sprinkle the puff pastry shapes with muscovado sugar, place on top of the individual pies and bake in the oven for 25-30 minutes, or until the pastry is golden and slightly puffed. Meantime’s Master Brewer Ciaran Giblin says: “The launch of The Pilot Series earlier this year has allowed us to experiment with our beers and how we brew them more than ever before, exploring new and unexpected flavours and styles. When Eric and I were discussing options for the new brew, I felt it would only be right to infuse the ale with hazelnut, an ingredient commonly found in festive desserts and used frequently in baking. Taking inspiration from Eric’s baking expertise has allowed us to produce an indulgent new beer that’s perfect for Christmas.” Eric Lanlard, celebrity chef, Master Pâtissier and founder of Cake Boy, comments: “At Cake Boy we love baking a bit differently by experimenting with new ingredients and flavours. I love taking timeless classics and giving them a new and exciting twist, and that’s exactly what we’ve done with the mince pies infused by Meantime’s Cake Boy Hazelnut Ale. Combining beer with this traditional Christmas dessert has enhanced the taste and texture considerably – something customers are sure to go nuts about!” For more information about Meantime and The Pilot Series, please visitmeantimebrewing.com 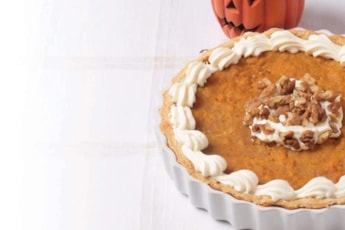