Have you ever wondered, what’s the difference between icing and frosting with buttercream? We’ve got your answer! As you’re all well aware, cake decorating can be a wild and confusing world, full of different products, methods, techniques and more… it’s enough to melt the brain!

So, we’re going back to basics here, something we rather like doing at Cake Decoration and Sugarcraft magazine, with a look at the two most classic methods of covering cakes, along with their pros and cons. That’s right, we’ve got Royal icing in the Blue corner, buttercream in the Red corner… it’s time for Royal Icing vs Buttercream! *ding ding ding* 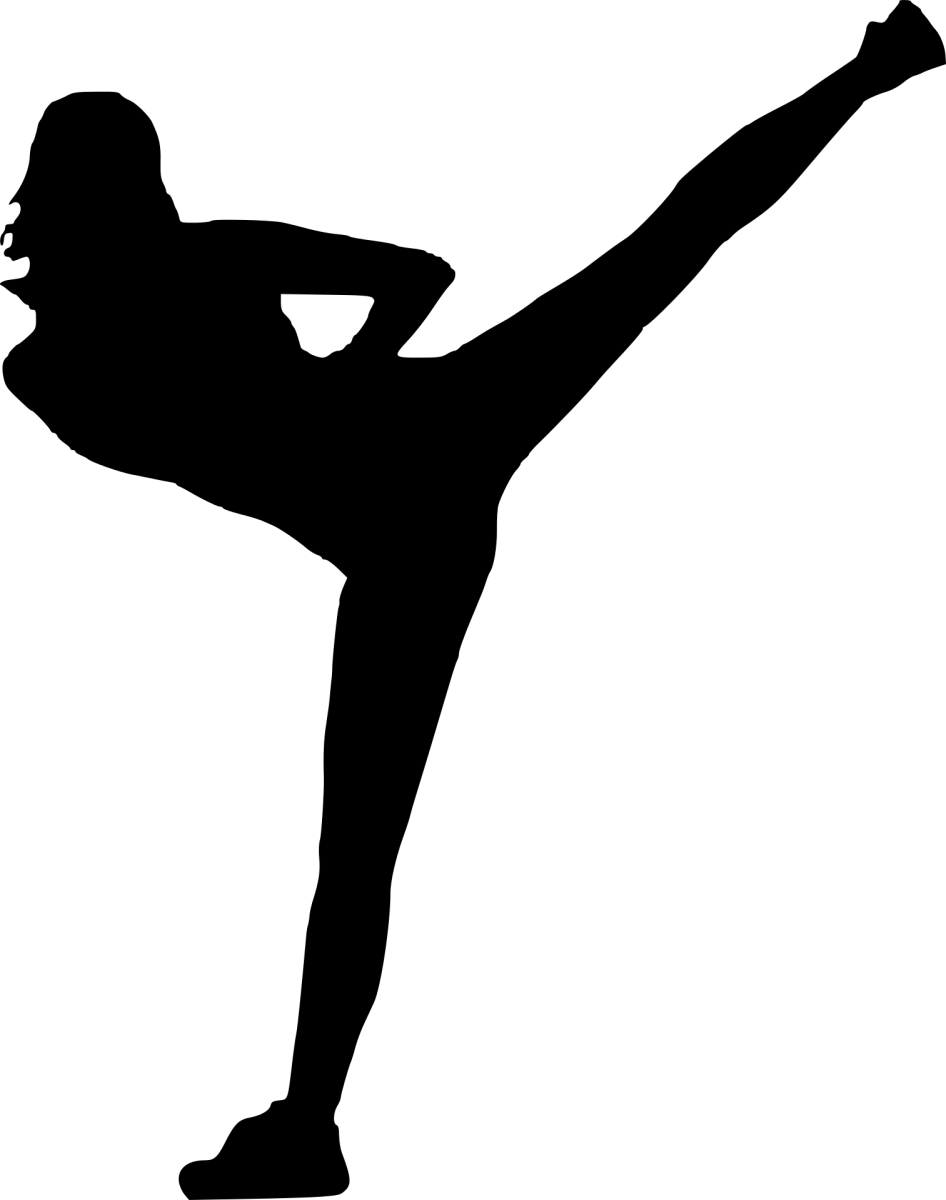 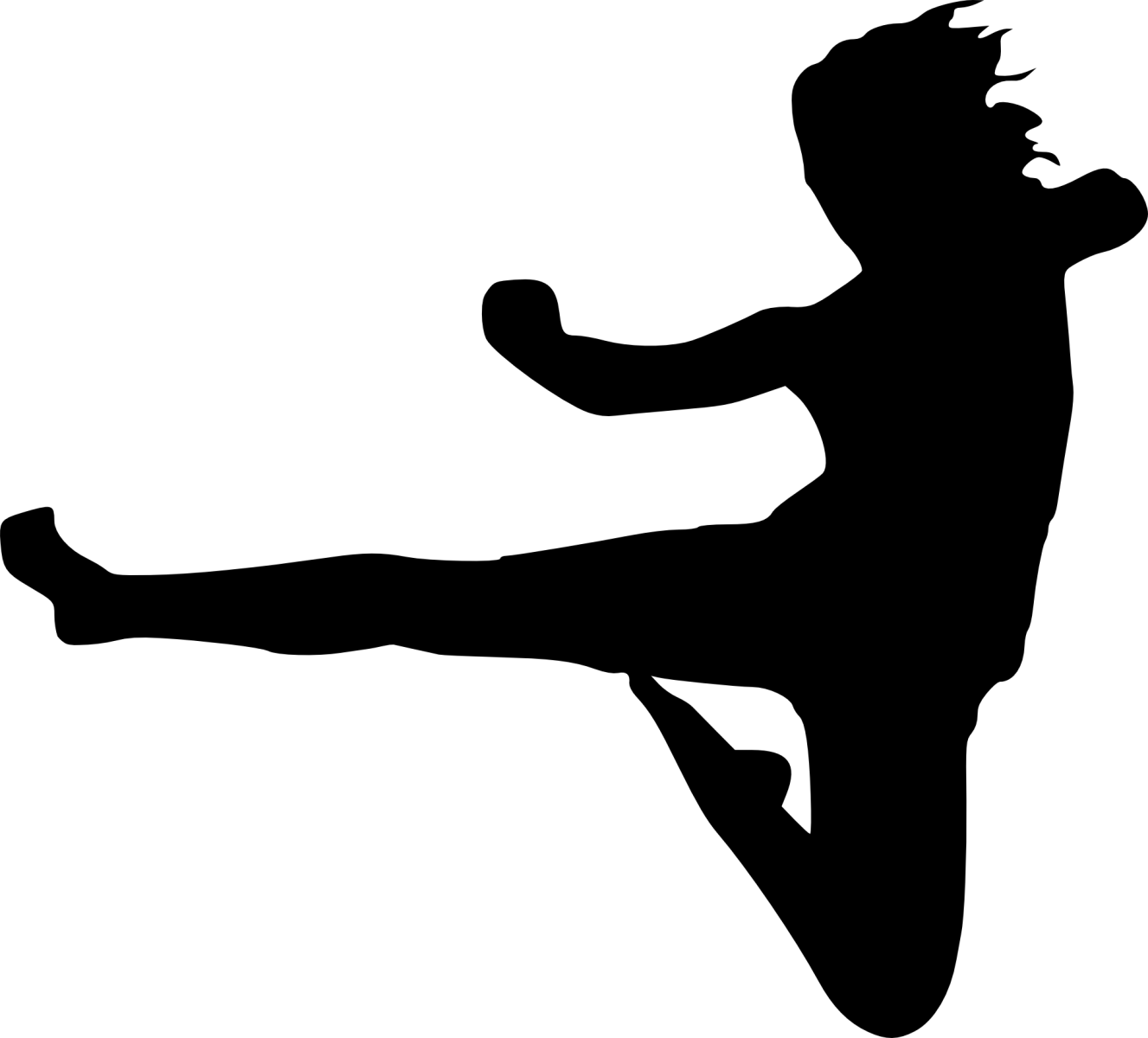 We’re not just here to cause drama between inanimate objects however, we’re giving you plenty of knowhow as well! Questions like ‘what is royal icing?’ and ‘what is buttercream?’ may seem silly to some. However, we want to ensure you’re fully aware of everything that goes into both types of icing, so you can be fully informed on how to create the best cake coverings and decide for yourselves the difference between icing and frosting (or buttercream!).

Covering a cake with royal icing by Michael Lewis Anderson

As you can see above, we’re starting off with a brilliant video from our friend Michael Lewis Anderson (a.k.a. The Cake King!), showing you just how simple it can be to use royal icing to cover your cake.

What is royal icing?

Historically, royal icing was first mentioned in the Oxford English Dictionary in 1770. Developments in the early 18th century included the addition of a layer of marzipan between the royal icing and the cake, to prevent the cake contaminating the icing and making it crumby and discoloured. Piping with royal icing started developing in the 1840s; a significant development in the art of cake decorating beyond the use of sugarpaste and pastillage (similar to gum paste).

Not true! While the real boost for royal icing came when Victoria and Albert’s eldest daughter’s wedding cake was published in newspapers, the name had already been around and in use for over 80 years. 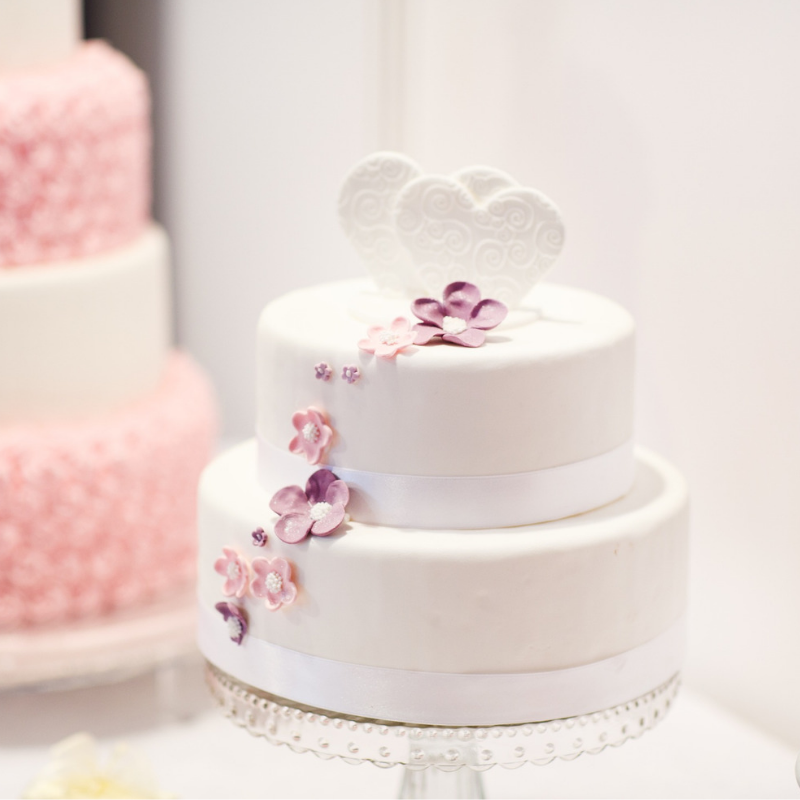 How to make royal icing?

1. Whisk the egg whites in a large bowl until they are light and frothy. 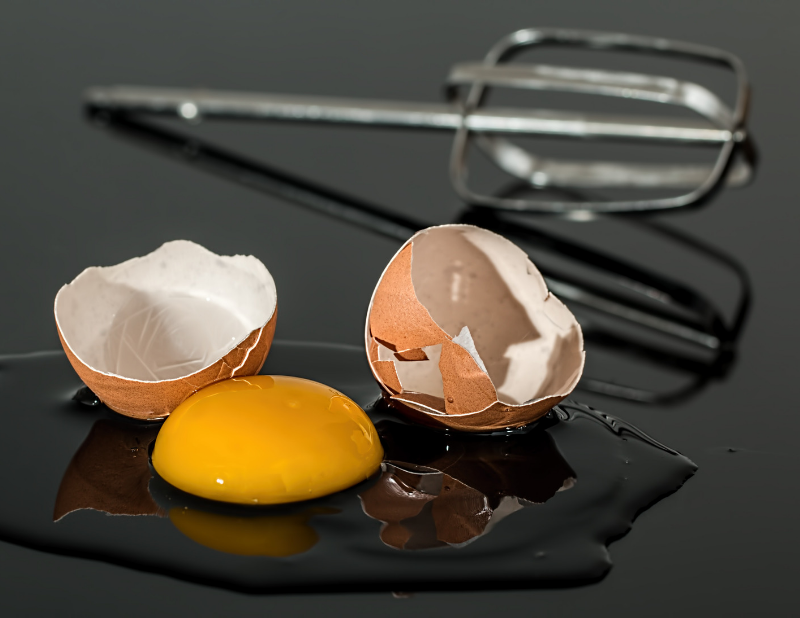 2. Sieve the icing sugar and fold into the whisked egg whites.

Top Tip! Add your icing sugar a spoonful at a time to prevent a sugar cloud!

4. Beat the mixture until it stiffens and stands up in peaks.

5. Apply to the cake by spreading it over the top and sides - be generous with it!

6. Work around the icing lightly with a spatula, roughing it up a little so that it forms peaks. If you want a smooth finish, you may want to consider adding a little extra egg white to thin the icing and make it easier to smooth using a palette knife. 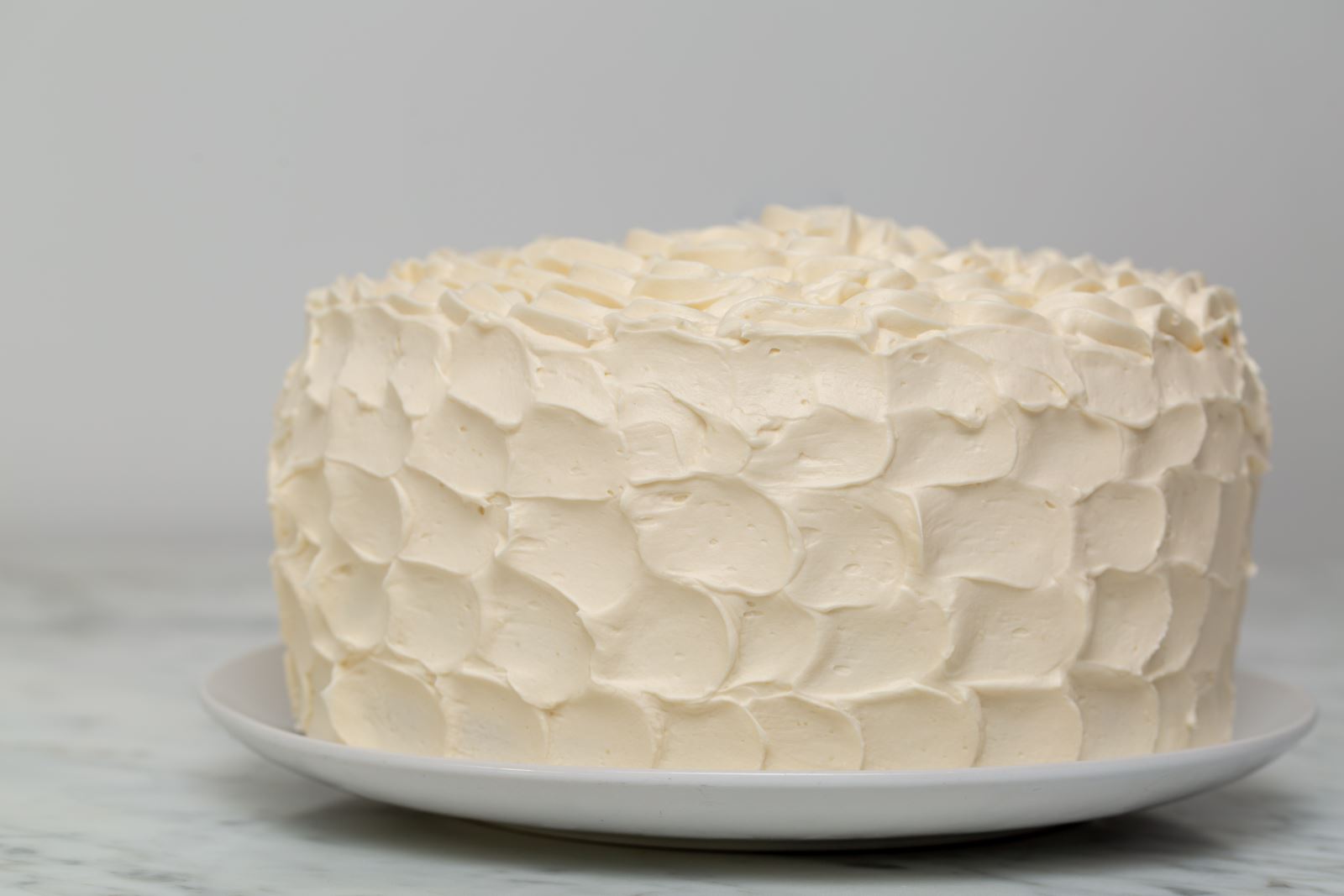 Top Tip! Check out the video at the top of the page for a great demonstration on smoothing royal icing.

Buttercream is most commonly used as a filler inside cakes, but has gained more popularity recently in cake decoration.

The buttercream we all know and love today, made using icing sugar, butter, cream and flavouring, made its first appearance around the 1950s. Then used more as a filling agent to provide a creamy extra element between cake tiers, it is only in the past few decades that using buttercream to embellish cakes and cover them completely has become more and more popular.

There are several different varieties of buttercream, with countries around the world developing their own interpretations. We’ll be covering those in another article! 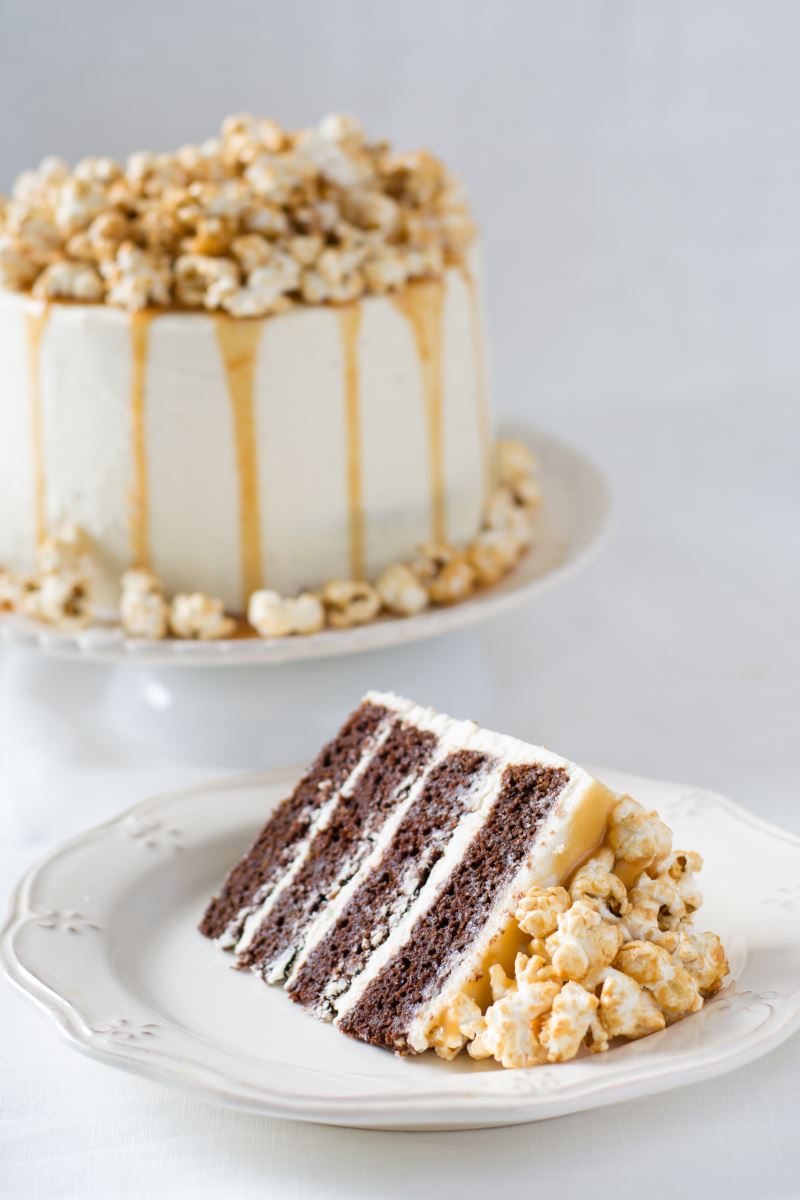 How to make buttercream?

1. Beat the butter using an electric mixer and paddle attachment until light and smooth. 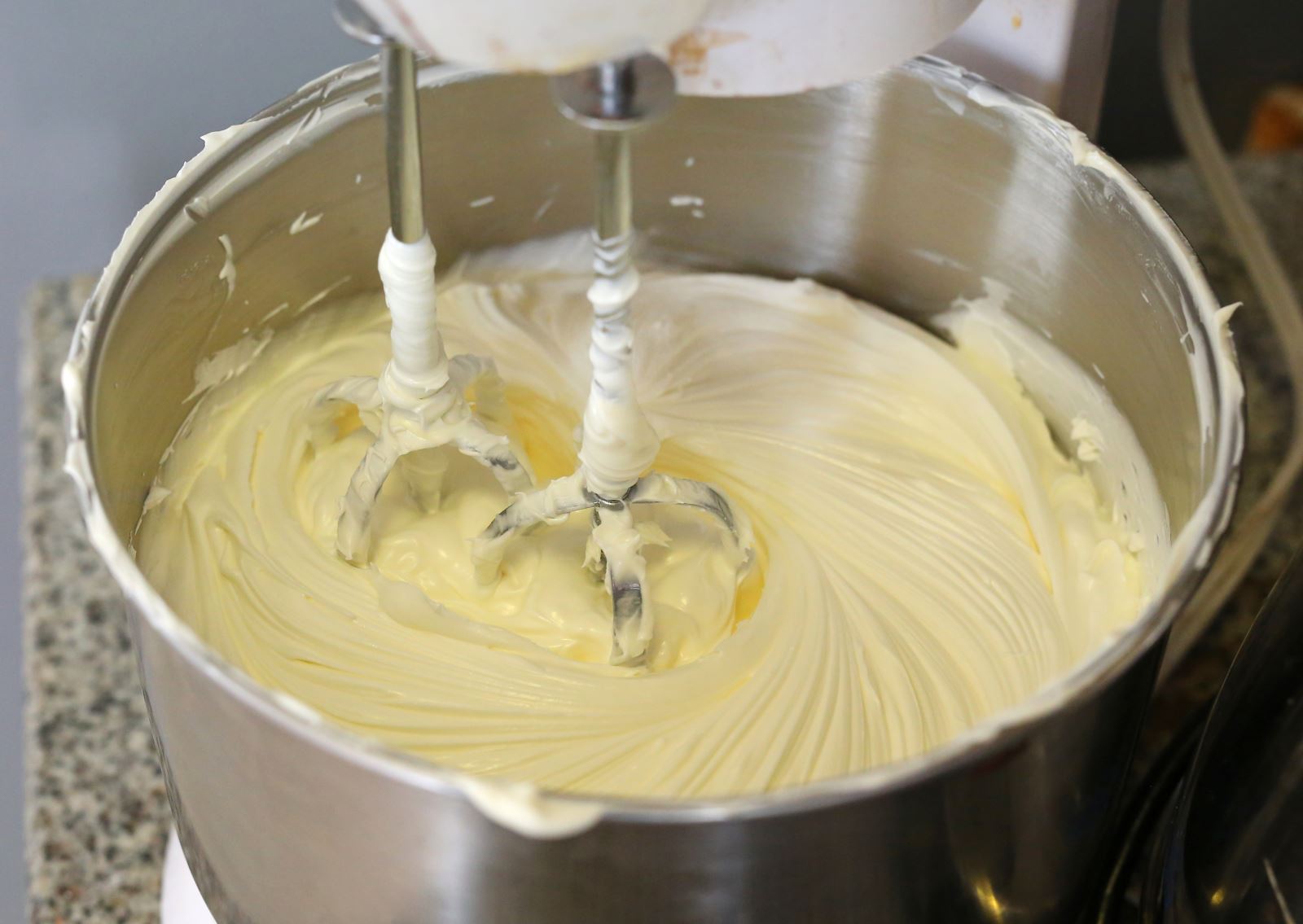 2. Add the icing sugar slowly to avoid a sugar ‘splosion and mix on a low-to-medium speed.

3. Once all of the sugar is added to the butter, you can turn up the speed of the mixer and cream until it is light and fluffy.

4. Add any extra flavourings you desire and work over your cake, covering the sides and top. Simply use a palette knife to smooth. 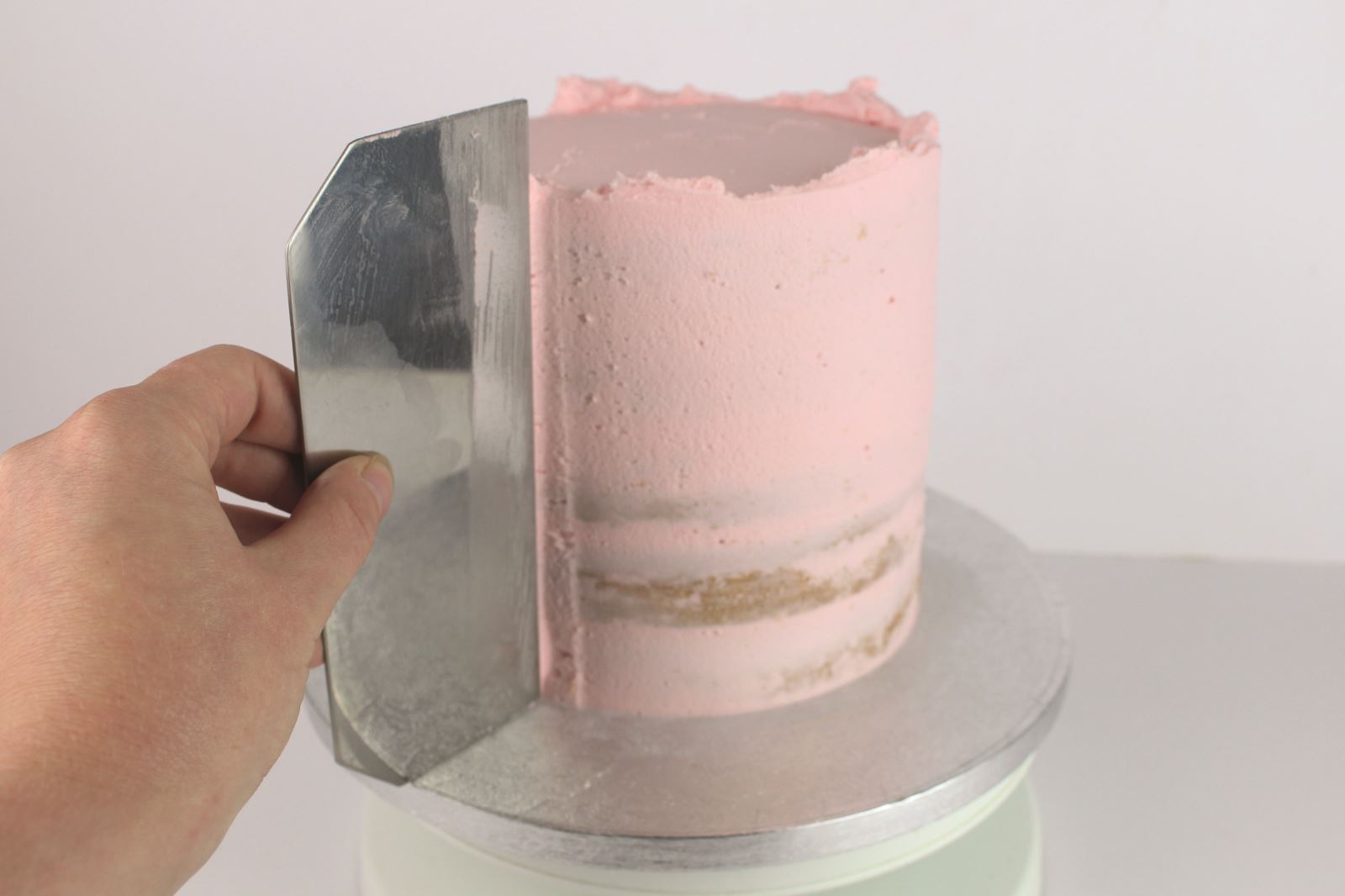 Top Tip! When deciding on quantities of sugar to butter, in case you need more or less than the recipe here, use the double-up rule: whatever amount of butter you have, add double the icing sugar!

So, we’ve battled our way through all three rounds, our types of icing are bruised, battered, but neither are ready to give up. So, who wins?

It’s up to you! It’s all completely reliant on personal taste, type of cake, recipient, occasion etc. Often, royal icing is perfect for a smoother, silkier finish, whereas buttercream can be a little rougher, more rustic and natural. 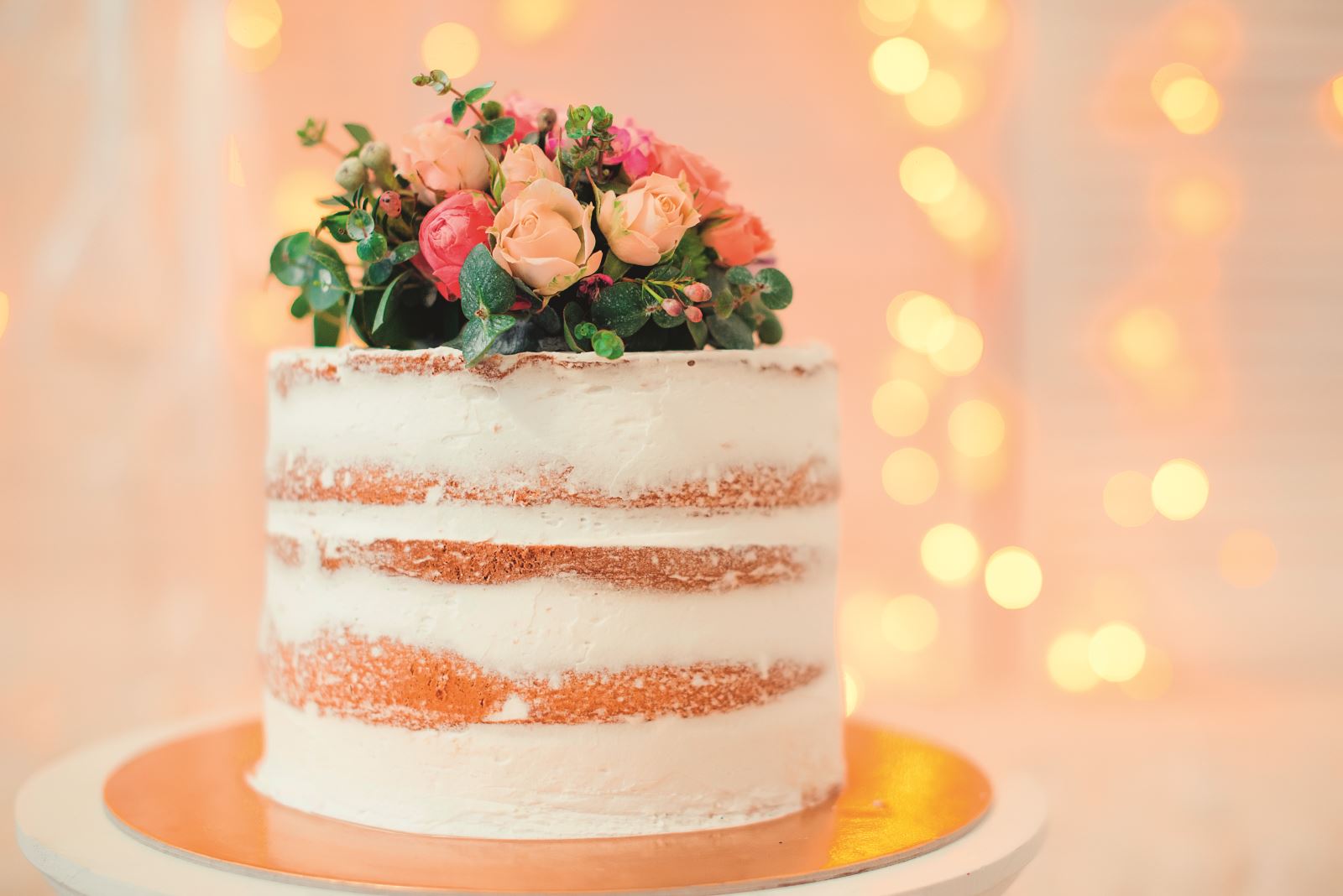 Both can be used to create height on your cakes – it just depends if you want your topping hard or soft! A royal-icing topped cupcake can be a real breath of fresh air for people used to sinking their teeth into soft buttercream, followed by soft cake. A crunch before the cake certainly provides a different experience! 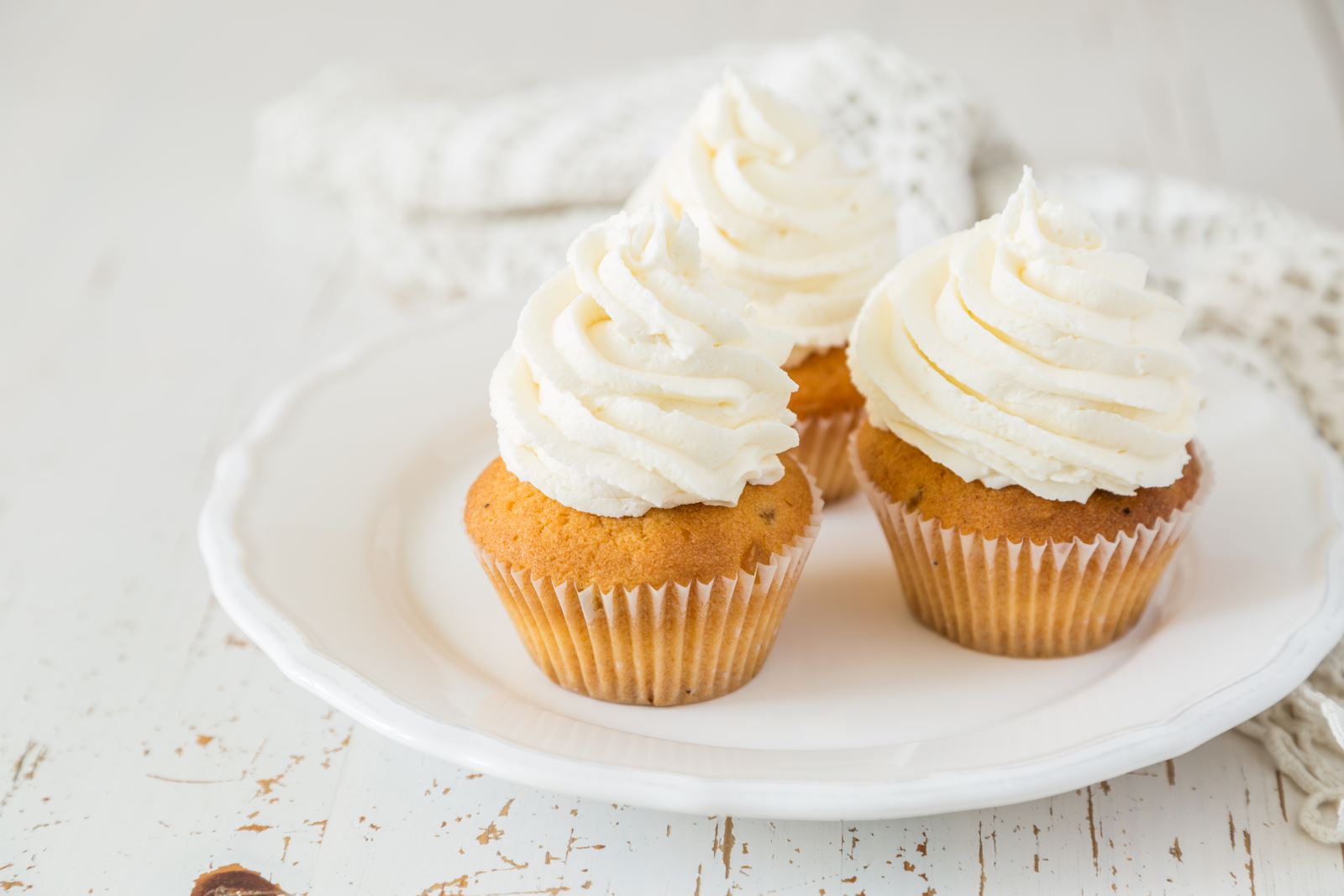 While the hardness of royal icing may seem to lend itself better to more intricately-piped patterns, the opposite can work too! We showed you back in July 2016 how to create the perfect buttercream flower wreath decorations for your cakes. 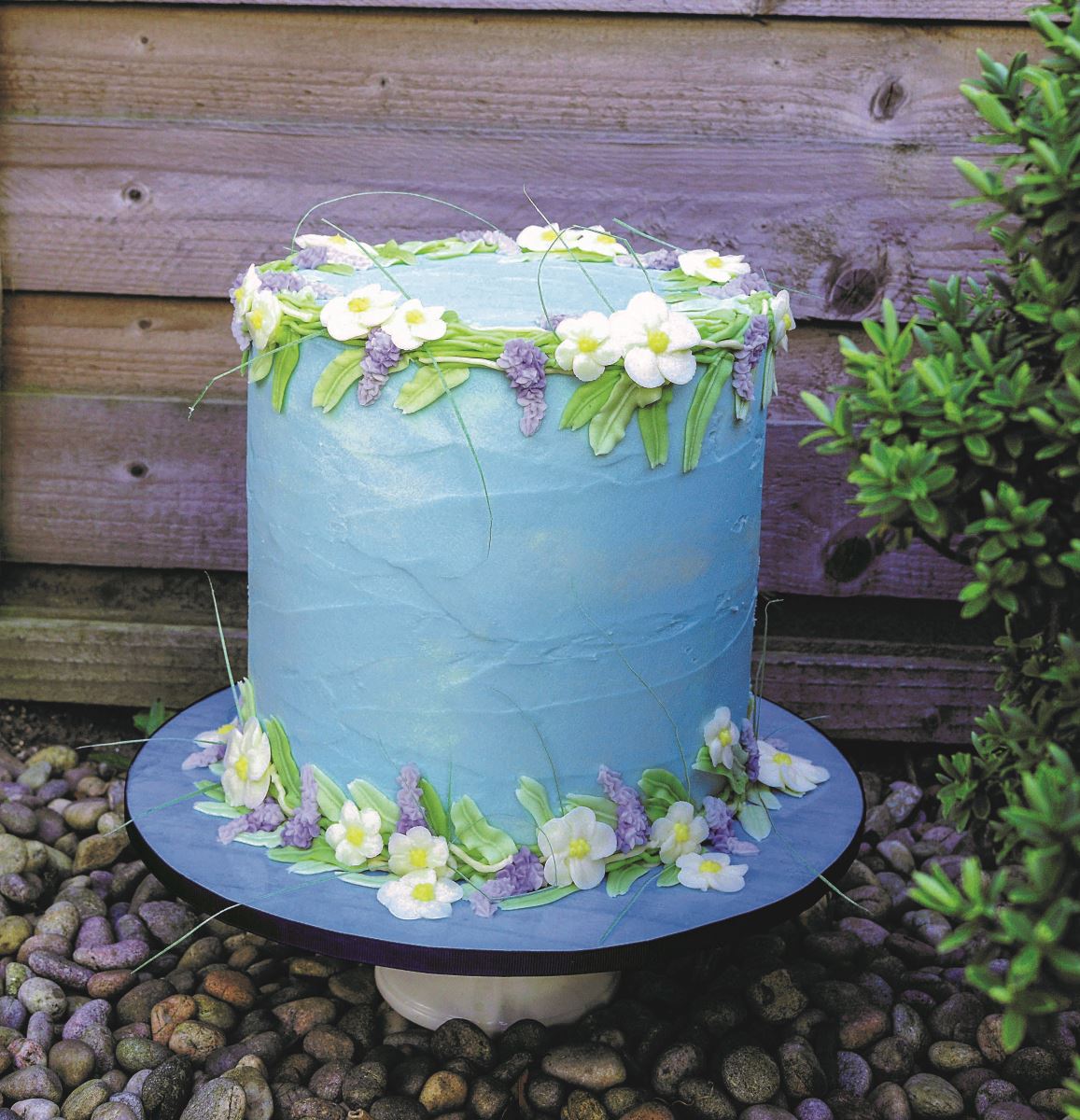 What we’re trying to say is, if you look at the difference between icing and frosting with buttercream, they each have their pros and cons. Royal icing can be difficult to make look nice once dry; if cracks appear, they can’t be fixed! On the other hand, buttercream massively relies on your kitchen being the perfect ‘room temperature’. Too cold, your butter won’t be pliable enough. Too warm and you’ve got yourself a deliciously sweet puddle!

As we often recommend when it comes to cake decorating, experiment! Try them both and see which suits you best. You may be surprised by which you really prefer… 4 ways to make glitter you can eat