Treat your dad or the father figure in your life to a selection of special Father’s Day cupcakes. These toppers by Marie McGrath are perfect for a personalised treat atop cupcakes! What better way to celebrate Father’s Day than with personalised cakes?! Surround the special man in your life with his favourite things… these versatile Father’s Day cupcake ideas include a sugarpaste tool box, flower pots, football and football boots, paint pot, newspaper and coffee and game controls.

By Marie McGrath, a.k.a. Marie's Bakehouse.

If you’re using sugarpaste which does not already contain CMC or Tylose powder, add a small amount to the paste and knead until it is all completely mixed together. This will help the sugarpaste hold its shape as it dries. Colour the sugarpaste in the colours you need.

Want to make your cupcakes ahead of time but not sure how to store them? Find out in our guide on freezing cupcakes.

1. Roll a fat sausage of red paste. Flatten it along the top and bottom and then the sides to create a cuboid shape. Use the veiner tool and mark a line almost at the top of the shape to create the look of the lid. Roll a tiny sausage of black and stick this on the box for the lock/clasp.

2. To make the nails, roll a tiny ball of grey paste. Roll on one side of the ball to make a long, pointed shape. At the other side, flatten it to make the nail shape complete. Make three or four of these.

3. To make the spanner, roll a sausage of grey paste. Roll it more in the middle to leave fatter balls of paste at each end. Use a ball tool or the end of a paintbrush to push into the end of each fatter end to make the shape of the spanner. 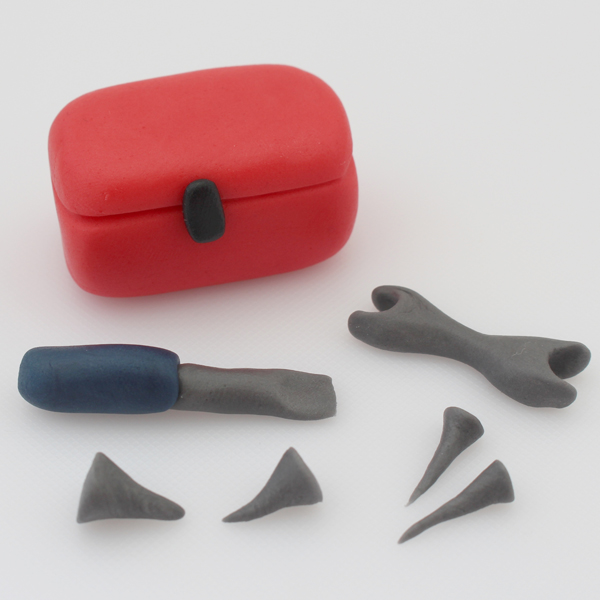 1. Roll a ball of orange paste, roll it into a fat sausage and taper it at one side. Roll a thin sausage of orange paste, flatten it with the rolling pin and cut a straight edge on both sides. Stick it around the fatter end of the shape. Repeat to make a second pot. 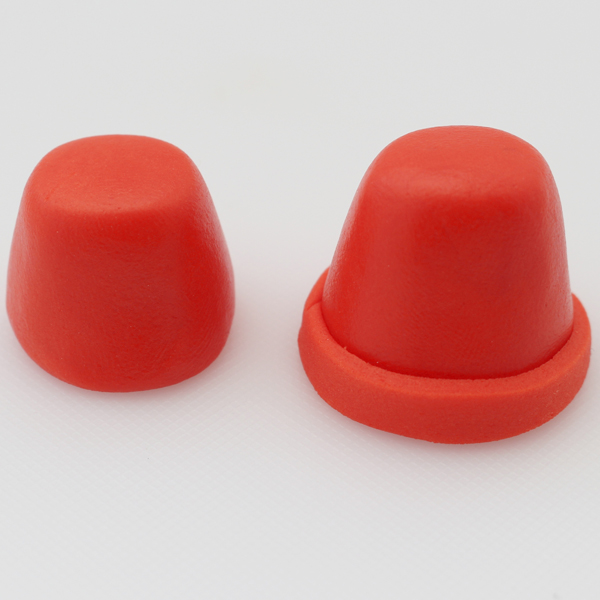 2. To make the plants, roll thin sausages of light green paste and fold each one in half. Stick them to the top of the flower pots until the tops are covered. 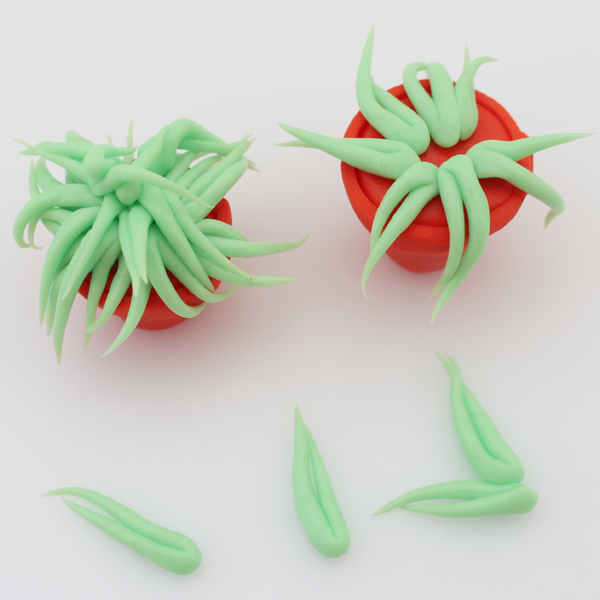 3. For the garden tools, roll two red sausages and make a hollow in one end of each sausage with the end of the paintbrush. The fork part of the tool is made using a ball of grey paste, then roll on one side of the ball to pull out a long sausage to fit in the hollow made in the red sausage. Flatten the fat side of the remaining part of the ball and cut two slits into it with a knife. Very gently, roll each of the three parts into prongs. For the trowel, repeat to the flattening part and then use the ball or bone tool to make the flattened shape. Cut the end so it has a sharp flattened end. 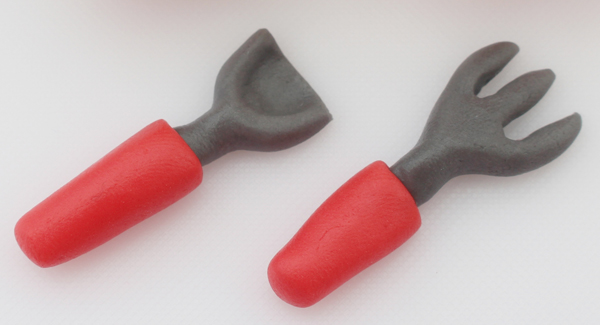 Love all things sugarcraft? Cake Decoration & Sugarcraft magazine has all the projects, inspiration, techniques and advice you need to cultivate your passion!

1. Roll lots of tiny balls in white and black. Roll one larger white ball which is eight times bigger than the small balls (the easiest way to do this is to put eight small balls together to make one big one). Stick one black ball on the top of the biggest ball, then stick five white balls around this to make a five petal flower design. 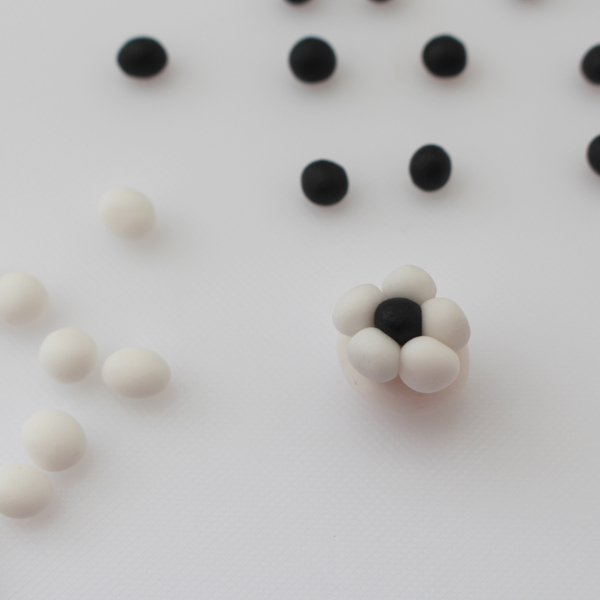 2. Add five more black balls spaced out around the flower with white balls in between. Surround the black balls with white ones. Continue down the ball until you have finished covering the larger ball with small balls. Very gently roll the ball in your hands to flatten the smaller balls. This will produce your football. 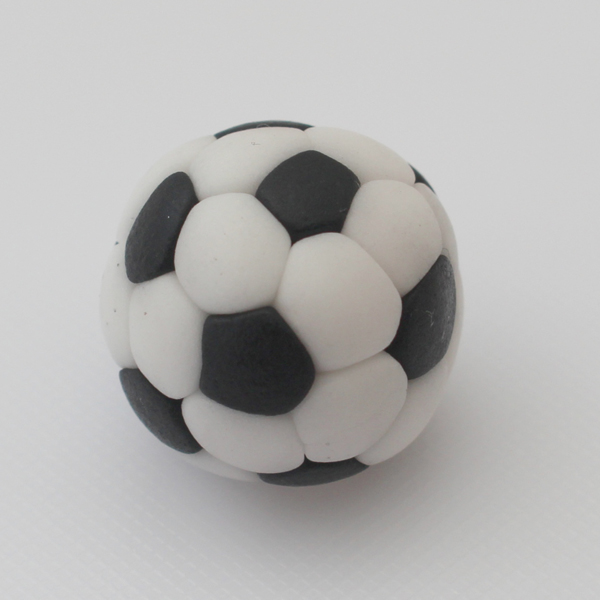 3. For the football boots, roll two fat black sausages. Flatten them slightly and use the ball or bone tool to make two hollows at one side of each boot. At the other end, use the veiner tool to mark lines and dots to laces. 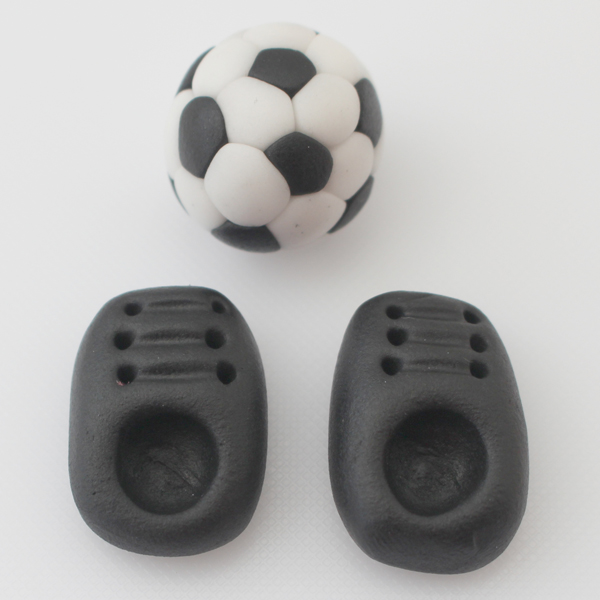 1. Roll a ball of grey paste and then shape it into a fat sausage. Flatten the ends of the sausage and hollow out one end of it slightly using a ball or bone tool. Roll a thin sausage of grey and stick this in place for a handle. 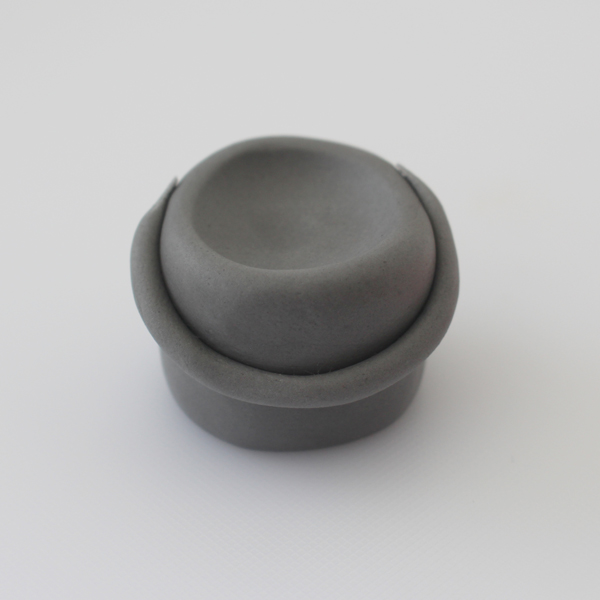 2. Roll a small ball of pink paste and flatten it down. Stick this in the hollowed space in the bucket top for paint. Roll two tiny balls of pink paste and roll on one side of each one to create two tear drop shapes. Stick them so they’re coming over the top of the bucket. 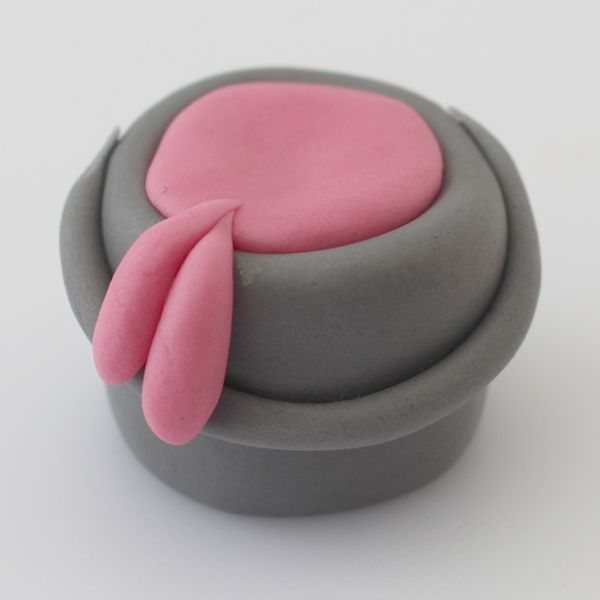 3. For the paintbrush, roll a tiny sausage of brown paste for the handle. For the bristles, make a square of cream paste and mark lines on it using a knife or the veiner tool. Stick the handle to the bristle with glue. For the paint on it, roll a ball of pink paste and flatten it in your fingers, making sure it’s not a uniform shape. Stick this to the end of the bristles. 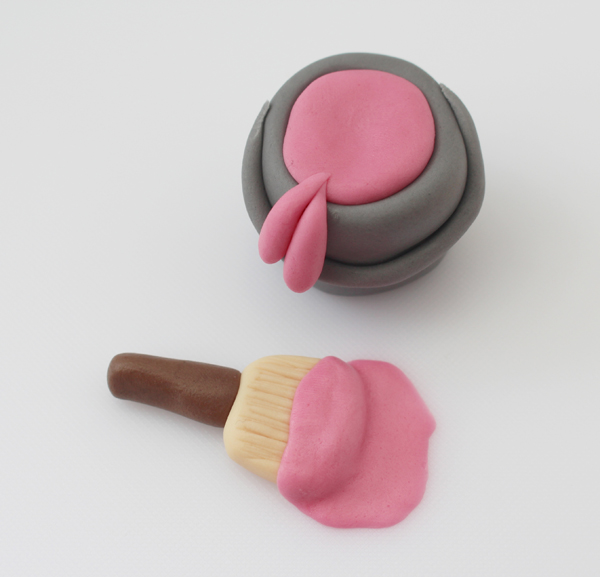 1. Roll a long rectangular piece of white paste and trim the edges straight. Fold it over and then paint squiggly lines on using a thin paintbrush and thinned black gel (you could use clear alcohol, lemon juice or water to thin the gel).

2. To make the mug, use the same technique as you used to make the paint pot and then add a small thin sausage for a handle. Use some brown paste to create the tea/coffee in the top in the same way you added the pink paint to the paint pot. 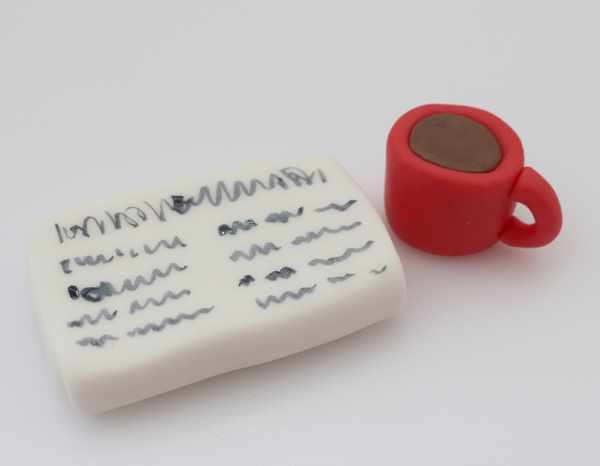 1. Roll a piece of black paste into a sausage, flatten it down and bend it into the shape you’d like. Add tiny balls of colour for the buttons in colours of your choice (white, red and green shown). 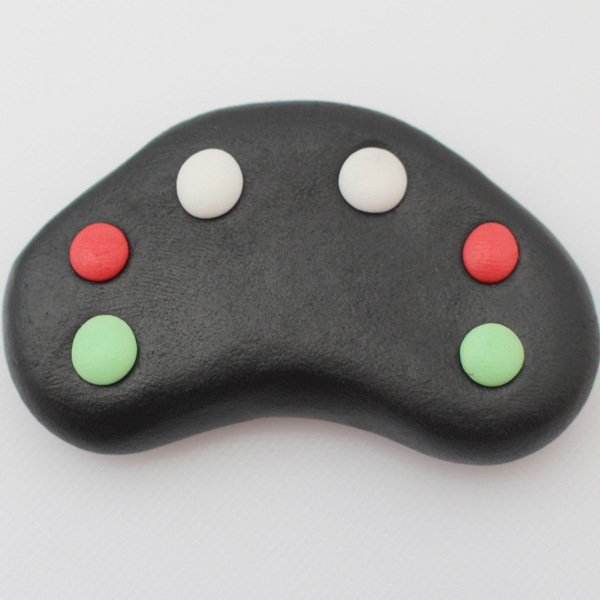 How to display your Father’s Day cupcakes

There are lots of ways you could use these fun toppers! 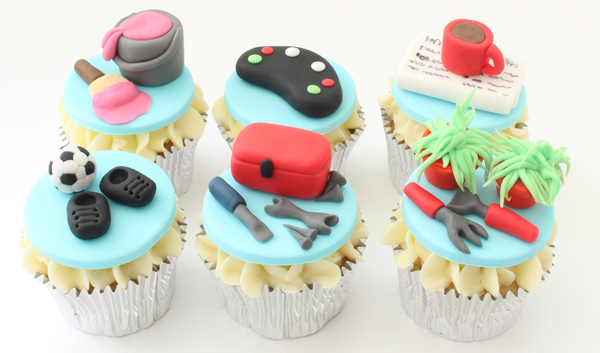 But no need to stop with these Father’s Day cupcake ideas! Why not add other models depending on what your Dad enjoys (golf, rugby, cars, crafts and beyond!)?

Looking for more cupcake inspiration? Try these pirate cupcakes, or for something more floral try these sugarpaste flower cupcakes. How to model a fondant grandad topper