In celebration of International Women’s Day, we catch up with the YouTube star and owner of Crumbs & Doilies, Cupcake Jemma, who’s inspiring people all over the world to get baking! You’re the familiar face of Cupcake Jemma on YouTube and owner of Crumbs & Doilies in Soho, London, but where did it all begin?

It all began with a market stall on Brick Lane in 2006. I was a one-woman baking machine from Friday to Saturday night and then on Sundays I'd schlep across town with my bakes to sell to the East London masses. I would give my number out on doilies to people who wanted cakes for their weddings and parties. Eventually I was baking 7 days a week, all the live long day! My then-boyfriend Sam quit his job to join me as my business partner, then I began hiring friends to help me bake in my kitchen at home. We grew and grew, ditched the home operation and set up a big bakery in Wandsworth, where we're still based. The team grew to what is now a 20-strong army of awesome bakers, shop staff, driver and office angels and so I was able to focus my attention on something else, which became my YouTube channel. That is now a huge part of Crumbs & Doilies and what I spend a lot of my time doing. 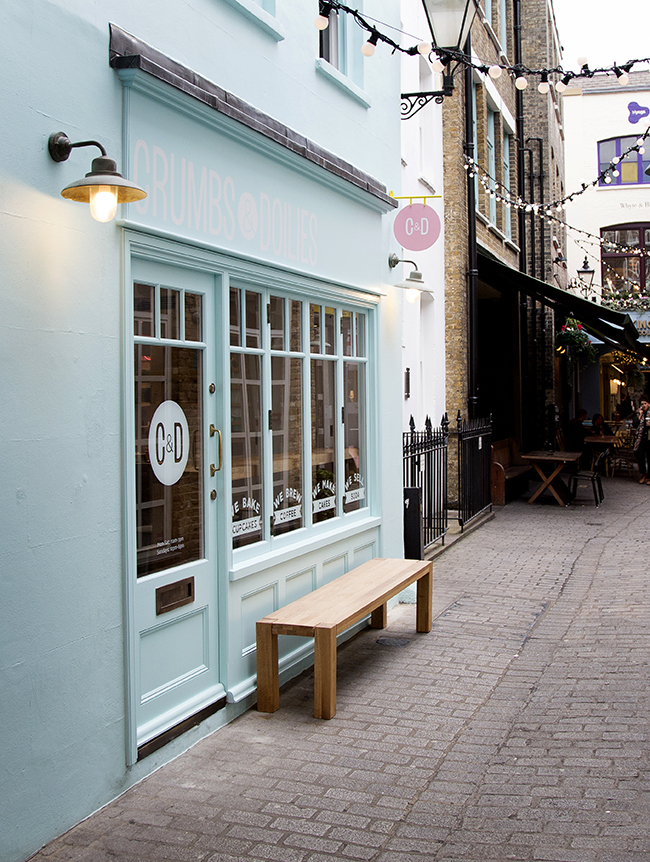 We know you best for your fun and quirky designs and amazing rage of ever-changing flavours, how would you sum up your style and where do you get your inspiration from?

I think if I were to sum up my style it would be style AND substance! There's nothing worse than a cake or bake which looks really good and slick and professional but tastes terrible. That's always been key for me with Crumbs & Doilies and it's really important for the recipes going up on my channel as well. I'd never share a recipe if I didn't think it was delicious. 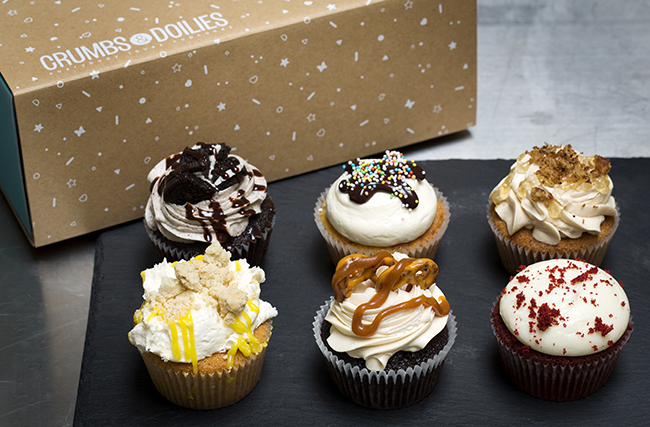 I'm inspired by my baking friends and peers, who I connect with on Instagram and in real life! The world is so visual these days but still my goal is to make it tasty and look good. My team at C&D is always inspiring me as well. They work really hard in the kitchen all day, then go home and spend their evenings baking!

You’ve busted stereotypes of what people might expect from a female baker and we hear you’ve got fans who travel from around the world to come and meet you. How have your community connected with your story and why do you think they identify with you?

I think my fans identify with me because I'm fun but not ridiculous. I have my own style and haven't conformed. Not even in my YouTube style. I just want to show people how to make good cakes and strip the mystery away from baking for those people who are a bit afraid to try. I think I'm approachable and accessible because I'm not faking. The woman on YouTube is the same as the woman you'll meet when you come to my shop. A lot of my viewers think I'm really young but I actually turn 39 this week! But I still appeal to a younger audience because I don't really think of myself having 'an age'. I just do what I do because it's who I am. 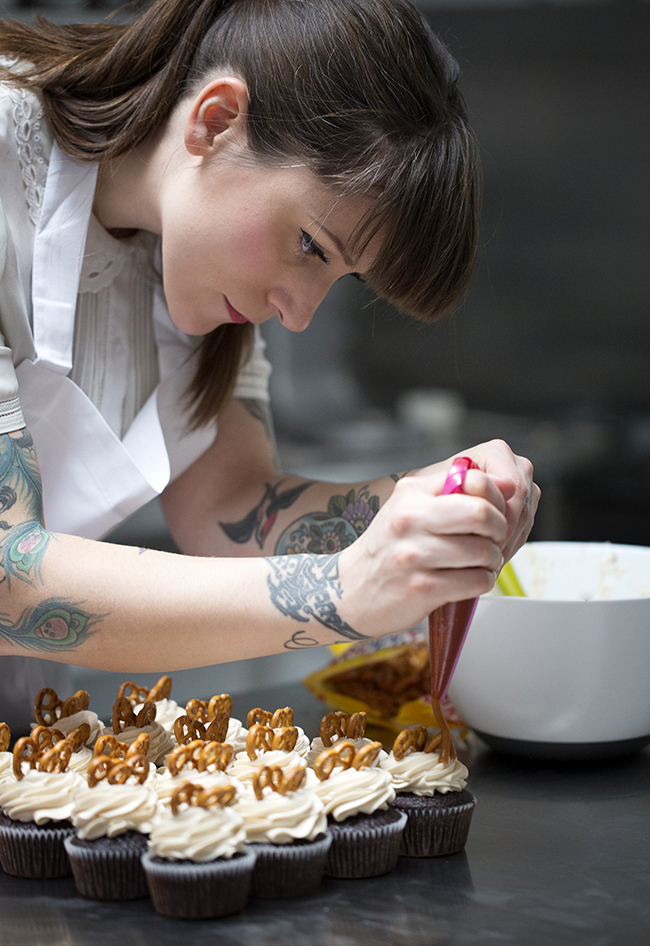 You have over 1.1 million subscribers to your Cupcake Jemma YouTube channel, can you tell us your top tips for becoming a successful creator on YouTube?

Honestly, I don't really know how I've become a successful YouTuber. I don't even know if that word applies to me sometimes! But I think my success lies in being real, giving clear guidance, not excluding anyone, and being upbeat and positive. But good recipes and great editing helps too! Sam films most of my videos and he edits them too (although I have been known to do it myself), and there is definitely a look to my videos that people seem to really enjoy. So I'd say finding a style that works and sticking with it is a good idea. 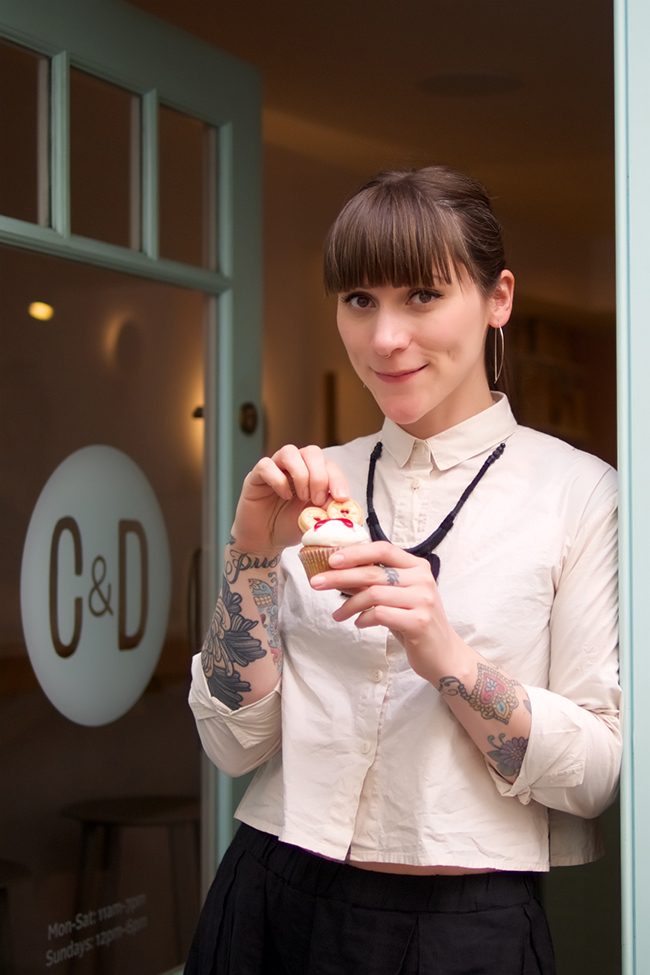 You've had so many exciting achievements since you first started out - what's next for you?

What's next is unknown! I like to stay in the present when I can. But we dream of a second Crumbs & Doilies shop in another part of town so we're working towards that. I'd like to do more collaborations on my channel with some of my baker friends so stay tuned for those. I got engaged recently so I suppose the biggest and most exciting next step will be getting married and starting a family!

To find out more about Cupcake Jemma, go to youtube.com/cupcakejemma and crumbsanddoilies.co.uk