An Interview with Bake Off judge - Paul Hollywood

For the beloved Great British Bake Off judge, Paul Hollywood, becoming a celebrity was never part of the plan, find out why he was so surprised. 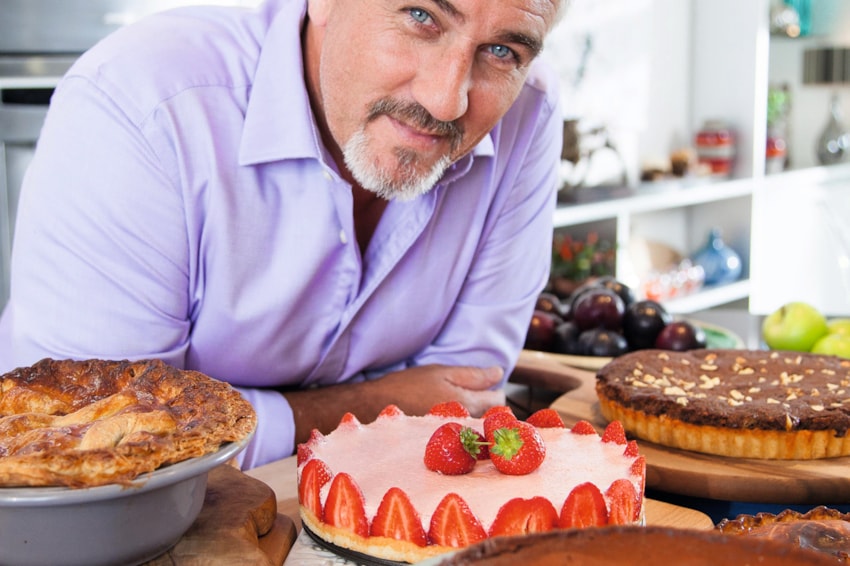 For the beloved Great British Bake Off judge, becoming a celebrity was never part of the plan, so no one is more surprised by his transition from humble baker to national treasure than Hollywood himself I'm just a fat bloke from the Wirral,” jokes Paul Hollywood, immediately keen to steer away from the subject of his legion of female admirers. It’s not hard to understand why the 50-year-old baker is so adored. Not only does he have those incredible blue eyes and cheeky Northern charm, but carries with him an infectious passion for baking. To hear Hollywood talk about food is akin to Shakespeare waxing lyrical about love. Jam-filled iced buns are described as ‘stunning’; a flaky, cheese pastry is ‘incredible’; and even biting into a fresh pear becomes a ‘life-changing and beautiful’ experience in the vernacular of Paul Hollywood.   This ability to make the ordinary extraordinary works both ways, and Hollywood’s main goal has always been to make baking accessible. After all, all you need is a few simple ingredients – flour, butter, egg, maybe yeast, a pinch of salt – to make magic happen in the kitchen. This inclusivity explains, in part, the enormous success of The Great British Bake Off, captivating the nation season after season, showstopper after sumptuous showstopper. 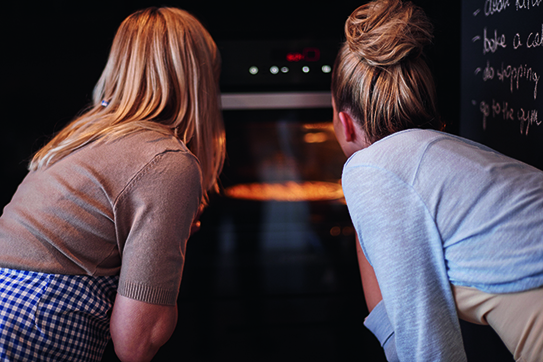 Now in its seventh year, with the new series expected in August, Bake Off mania shows little sign of waning. In fact, last year it was crowned the most watched show of 2015 with over 15 million viewers. “I didn’t expect the show to take off the way it has,” he reveals. “I’ve been trying to spread the word of baking and get people enthused about it for such a long time, so the show has really been amazing. I also think that when people see how excited I am about, it inspires them.”   As a third generation baker, Hollywood’s passion for bread and brioche is second nature. His grandfather was head baker at the Adelphi Hotel in Liverpool and his father owned a chain of bakeries, meaning much of his childhood was spent watching his father kneading and baking bread, occasionally sneaking doughnuts from the counter. Despite going off to study sculpture at the Wallasey School of Art, it wasn’t long before he quit to follow his true calling. Before Great British Bake Off he was head baker at London’s Dorchester Hotel and Chester Grosvenor and Spa. It was in these high pressure, high-end kitchens Hollywood really found his niche; the need to produce extravagant delicacies meant that he had to come up with innovative ways to satisfy the demanding clientele. 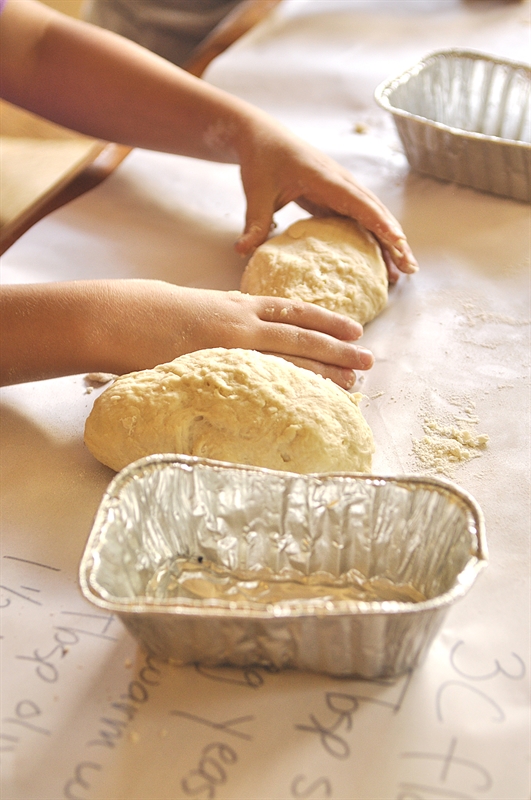 “I’d always looked to my family for inspiration in my work, but suddenly I was in charge and had to make decisions myself. So I started reading old recipe books that revealed techniques from way back,” says Hollywood. “And it went from there. People say inspiration is all around, but sometimes it sits in the archives as well.”   Since then he has written six cook books of his own, and hosted several shows on the specifics of bread and puddings outside his work as a judge on GBBO. Most recently he travelled the world for Paul Hollywood City Bakes on Food Network, all in the name of finding the very best baked delights. It's clear six seasons of judging have done nothing to dampen his ardour. Whether biting into a buttery beef empañada in Madrid or devouring an enormous hibiscus glazed doughnut in New York, Hollywood’s passion is enough to inspire even the most reluctant to get into the kitchen. Even his Twitter account has become a mecca for those aiming to perfect their loaves and it’s rumoured that fellow judge Mary Berry has sought his counsel on a bread recipe. 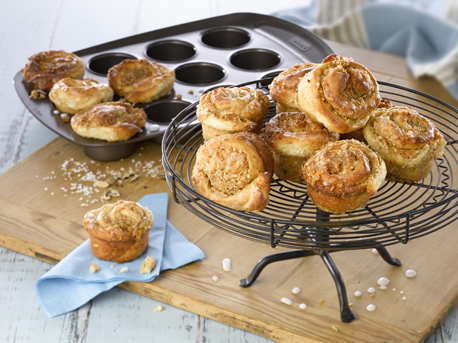 Given his background, it’s not surprising Hollywood would like to see more baking taught in schools, saying the value is two-fold: not only are you providing children with a valuable skill, you also expand their knowledge of what goes into the food they eat. He says the kids are full of excitement and afterwards tweet pictures of their bakes to him. “The thing is, baking is different to cooking, it’s far more accessible and we can all do it. When we did Junior Bake Off, we had eight and nine-year-olds creating amazing things that most adults wouldn’t bother with, and that proves it can be worthwhile.”   The key to good baking is in the simplicity, he says: master the basic skills, there is no end to what you can create. He advises keeping your workspace clean and organised – in his own home he likes to know where everything is at all times. The one piece of kit to invest in is a mixing machine, and when it comes to cake decoration, always know when to stop: fussy embellishments can ruin something that was perfectly good to begin with. 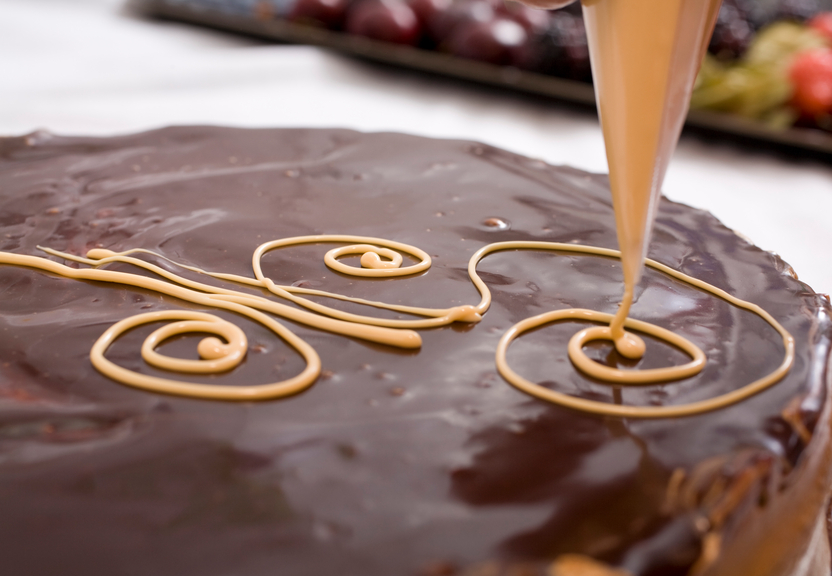 His greatest tip though, is probably the most surprising: when hosting dinner parties, make bread the star of the show. Naturally the loaf must be of a decent quality; a dense, tangy sourdough; a glorious pain de campagne; or a crusty French baguette. ‘The whole event revolves around a loaf!’ declares Hollywood. The trick then is to build the meal around your desired bread. A rich, pungent Taleggio partnered with a decent wine or perhaps the dish that Hollywood reveals his guests most request when they come to his home: an entire wheel of Brie wrapped in Parma ham, enveloped in brioche, then baked. The result is an oozy, beautiful mess guests will devour.   In the past few years the sales of pre-packaged white bread has dropped massively in Britain, with consumers choosing healthier and fresher sourdoughs or wholegrain loaves. Shows like The Great British Bake Off have surely played a part in encouraging people to push for better quality produce, ask more questions about what goes in their food and, spurring them to dust off their rolling pins. To Hollywood a big part of this shift is down to changing attitudes, and once people realise how easy it can be to bake their own breads, they will choose those over the processed supermarket version.   As a judge on a show that features sugar- and butter-rich food, he avoids being critical of government schemes like the sugar tax, but he does believe people should be able to make educated choices about what goes in their bodies. “You don’t need to tell people what they should and shouldn’t eat. They are not stupid. By all means have sugar, salt and fat, but be aware of portion sizes. I don’t think treating people like children is necessary,” he says. 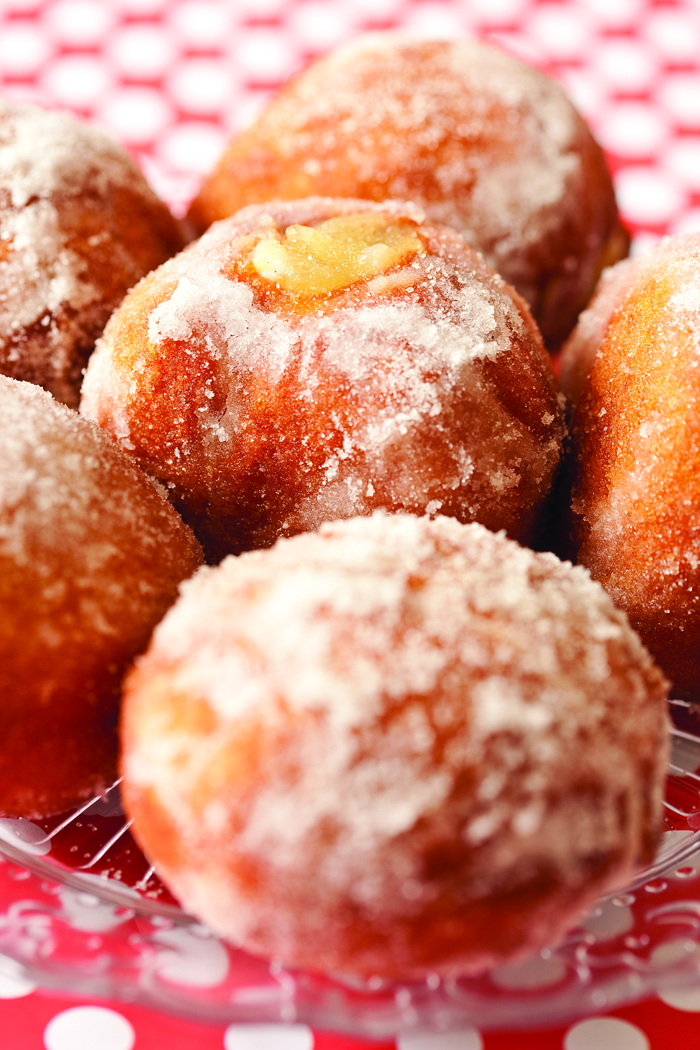 For Hollywood, food is as much an emotional experience as it is a sensory one. The connection to food he ate in his youth plays a huge part in his decisions as a baker and judge today. He even admits to including childhood favourites – jam doughnuts and pork pies – in the show's technical challenges.   It's fair to say Bake Off has barely changed since the very first series, with hosts Sue and Mel, a baker’s dozen of eager contestants and the judging dream team Hollywood and the 81-year-old ‘queen of cakes’ Mary Berry. “Mary is lovely. I’m very fond of her; sometimes we do end up in fits of giggles,” he reveals. “There are a lot of unintentional double entendres – Mary will say something and I have to walk out until I get it under control!”   Viewers will know too well these classic Bake Off moments: Berry and Hollywood standing before a counter of iced treats and Berry nudging him, saying “He knows his buns.” Similarly, Hollywood admits that Berry will never say outright if a bake has been a failure, but contestants can always count on him for a frank opinion: “I’ll just tell them straight: this is an absolute disaster!” We can't wait to see what he has to say about the new series. 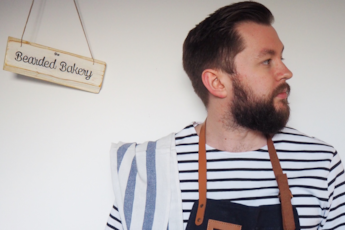