Latest
How to create a chalkboard effect cake WIN! One of five ProCook Bakeware bundles worth £50! £10 tickets to The Cake & Bake Show this October! WIN! 1 of 3 copies of Jane's Patisserie How to start an online cake business part two – 6 ways to win on Google

By holding a bake sale you’ll be helping to transform the lives of seriously ill children at Great Ormond Street Hospital (GOSH). 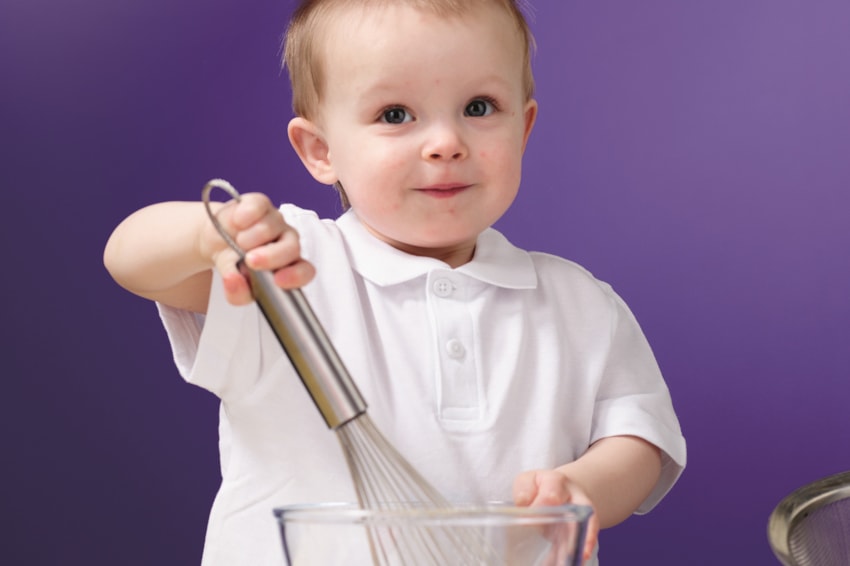 Whether you’re an amateur baker or a patisserie pro, by holding a bake sale you’ll be helping to transform the lives of seriously ill children, like Harry, at Great Ormond Street Hospital (GOSH)

Just before Harry’s first birthday, his mum Louise noticed he was doing ‘head nods’ where he dropped his head. On holiday in Spain, Louise noticed they were happening more and more. A doctor suggested it could be epilepsy so Louise flew home with Harry on an emergency flight and went straight to A&E where the diagnosis was confirmed. Back at home, Harry’s ‘head nods’ got worse and he was referred to Great Ormond Street Hospital (GOSH).  Louise explains: “He was doing it up to 100 times a day, it was so awful to watch and I had to get him a helmet so he wouldn’t hit his head. I’d heard of GOSH and knew it was the best place he could go to get answers. I felt really lucky we were going there.” Harry stayed on GOSH’s Koala ward and had wires attached to his head to help the doctors monitor his condition. Louise remembers: “The nurses were so lovely and kind. I found it a scary prospect but the play team were brilliant and gave him toys and did activities to keep him occupied.” While at GOSH, Harry took part in a clinical trial, which involved him being put on a special high fat, low carbohydrate diet. Louise says: “The clinical research facility at GOSH is fantastic. There is so much work going on behind the scenes, with biochemists constantly analysing his blood, to monitor how he was reacting to the diet.” Harry was on the trial for six months and it has been really successful, reducing his seizures from around 50 a day to less than five a day which are sometimes little more than an eye flicker. Now two years old, Harry is a very bright, cheeky little boy. He loves going for walks and kicking a football. Harry and his family are supporting Great Ormond Street Charity's Bake it Better appeal to help children like him who need specialist care. Sign up today to receive a free fundraising kit jam-packed with all of the materials you need to make your event a sweet success!