Latest
WIN! 1 of 3 copies of Jane's Patisserie Royal icing made simple: Renshaw Academy's guide to easy decorating WIN! One of five ProCook Bakeware bundles worth £50! Maryland cookies Around the world in 100 cake ingredients 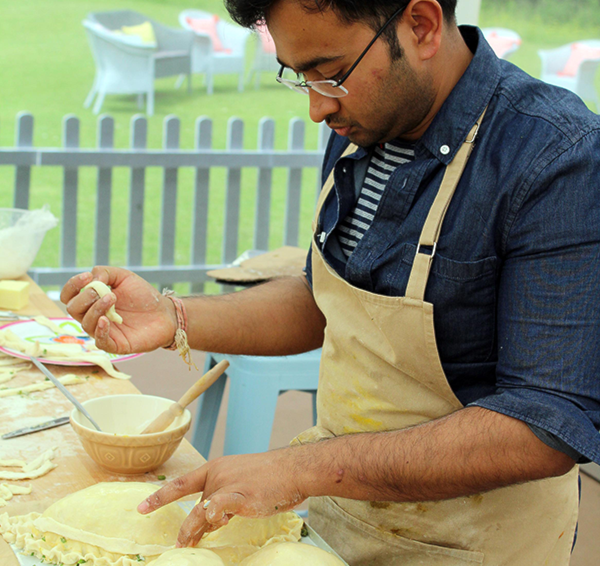 Rahul Mandal won his title in autumn 2018, but some things haven't changed for him...

Wining the Great British Bake Off is the stuff of dreams for thousands upon thousands of amateur bakers. Blood (well, not really), sweat (definitely in the case of 2018's heatwave) and tears (lots of them) were part of Rahul's winning success story in the latest series of the Channel 4 show which aired last year. He joins the ranks of British baking elite with the win, but instead of focussing his energies onto what could presumably be the start of a fruitful baking career (see Candice Brown and Nadiya Hussain as strong examples of this narrative), Rahul has decided to take a different path. Speaking on the red carpet at last night's National Television Awards, the BBC reports that "Rahul has no plans to create his own cookbook or go into baking full time - instead he is focusing on his PhD in nuclear science".

Bake Off judge Prue Leith was accompanying Rahul on the red carpet, and added "he's so good at it - I'm glad he's staying in it, because he's going to be a great professor, and he can teach baking at the same time." While this is sad news for us - we were all hotly anticipating the arrival of the debut Rahul cookbook - we'll forgive the man. Not least because of his frankly adorable comment alongside his personal snaps from the NTAs, shared on Instagram (shown below). 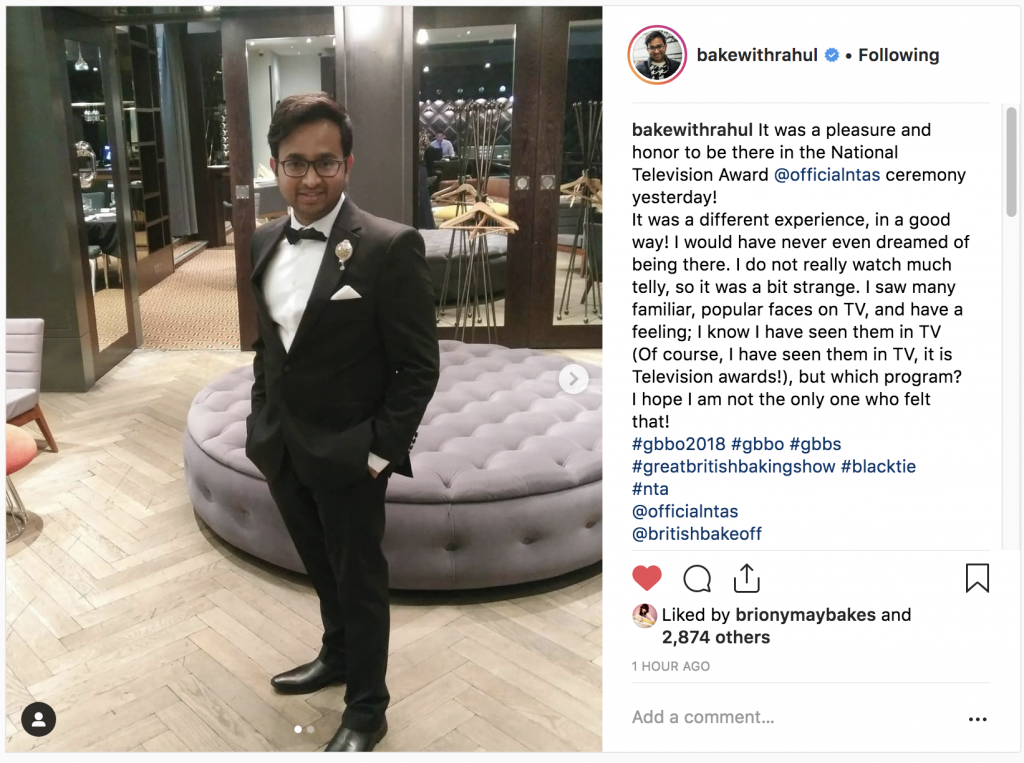 Fancy reliving some of Rahul's Great British Bake Off successes? Take a look at all things GBBO here.