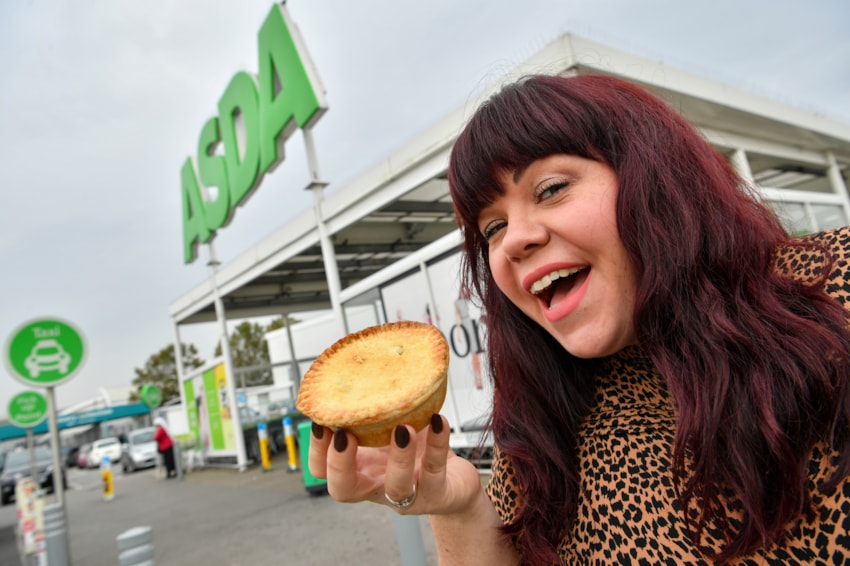 Britain’s oldest pie makers Holland's Pies and Britain’s oldest cheesemaker Wyke's Farms have teamed up with Briony Williams to launch a Deep Fill Mature Cheddar Cheese & Onion Pie. As research reveals approximately 10 million people in the UK plan to become meat-free in the next 12 months*, the new frozen two-pack pie from is the perfect meat-free meal option. Holland’s Pies’ wealth of knowledge and years of tradition have been used throughout the baking process and combined with Wyke Farms’ generations of cheese-making craft and Grandmother Ivy’s secret Mature Cheddar recipe has enabled a truly unique tasty, rich and creamy Mature Cheddar Cheese & Onion pie to be created. The pies will hit shelves in over 400 Asda stores nationwide and Farmfoods & Heron stores nationwide. 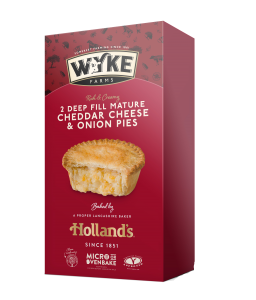 Briony is an expert in all things pastry. She said: “Pies and cheese are a quintessential part of British cuisine and it’s a pleasure to launch such an incredibly well-crafted product from two such renowned brands. The recipe has truly been formed with care and passion and the end result is creamy, crumbly and downright delicious. And from my experience, that’s no mean feat! “I know my family and I will enjoy this for months to come as the nights draw in and I crave comforting food that’s delicious, but also quick and easy to prepare.” With one in eight Brits identifying as vegetarian or vegan* and with 30% of the UK population actively cutting down on or cutting out meat entirely, these new pies are the perfect treat for those who are meat-free. The research, commissioned by Holland’s Pies, predicts that more than 15% of current non-vegetarians would consider switching to meat-free diets in the next 12 months, citing reasons such as the impact on the environment, and improving their health. Available nationwide, the pre-baked, frozen product can be easily microwaved from frozen in just five minutes as the perfect snack, or oven-baked for an ideal evening meal with your favourite pie fan. 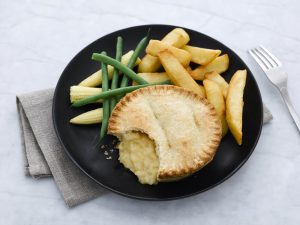 *Research conducted through OnePoll of over 2,000 UK adults, October 2019