Baking shows to fill the Bake Off hole in your life

Starting with the spin-offs from the original show, to baking shows from all over the world, you're bound to find something to fill the Bake Off hole... Tuesday evenings feeling empty? The Great British Bake Off has come to an end for another year, but that doesn't mean there are no more baking shows to watch...

There are many cooking shows about, but here at Baking Heaven, we want the baking shows. Only cake will do! Starting with the spin-offs from the original show, to baking shows from all over the world, you're bound to find something to fill the Bake Off hole in your life...

The Great British Bake Off

First off, you have seen every single Great British Bake Off episode haven't you? If not, remedy that immediately as all seven seasons (i.e. the BBC version) are on Netflix for your viewing pleasure. 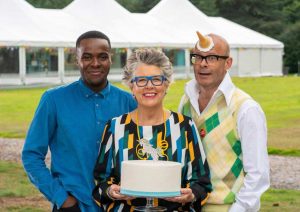 A spin-off of the main show, Junior Bakes features children aged 9-13 battling to win the prize. Originally beginning back in the days Bake Off was on the BBC, series 3 and 4 are still on iPlayer for you to binge. Now over on Channel 4, a new series is currently airing, with ten episodes to catch up on. Then head over to 4od to continue with the next few – and while you're there have a look at Extra Slice!

Bake Off: The Professionals 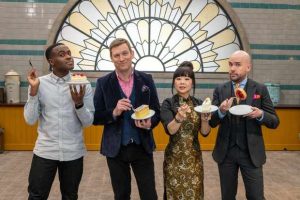 The competition gets serious in the professional's version, but expect stunning creations every time. Liam Charles and Tom Allen present as teams of professional pastry chefs battle against each other tackling various baking challenges. Season 1 and 2 are on 4od.

The Great Celebrity Bake Off for SU2C 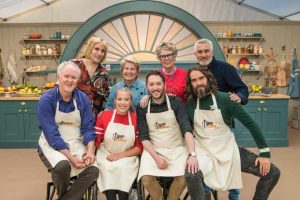 The celebrity specials of the main show are full of fun with a wide variety of celebs big and small each episode - there are currently ten available to watch on 4od.

There are festive specials too! Honestly, if there's an opportunity of Bake Off, it seems to pop up! The festive ones are lovely as past bakers return to the tent.

There are a whopping thirty international versions of Bake Off – from Australia, Chile, Finland and South Africa! So if you want to stick with the GBBO formula, seek out a country of your choice! 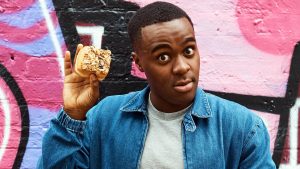 Popular past baker, Liam Charles landed a whole show for himself. It's described as "Liam Charles shows how baking can be creative, super easy and fun"!

Moving away from the Bake Off beast, there are a few more baking shows out there... 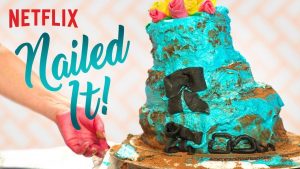 One of the more popular baking shows (other than Bake Off, of course) is Nailed It. The American baking show sess "home bakers with a terrible track record take a crack at re-creating edible masterpieces for a $10,000 prize. It's part reality contest, part hot mess." All three seasons of the show are on Netflix. 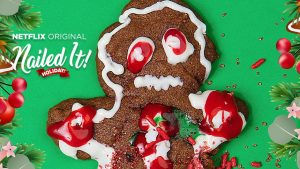 Nailed It also has many a spin-off of its own, including Spain, France and Mexico. Plus a festive edition! 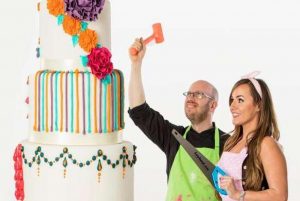 Welcome to the world of extreme cake making, where no commission is too big... There are a whopping four seasons, each with 30 episodes of Extreme Cake Makers available to binge on 4od. 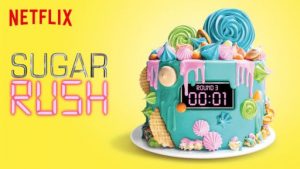 Another Netflix special, Sugar Rush has 2 seasons and a Christmas special coming soon. "Time's the most important ingredient as teams race against the clock - and each other - to bake up the best-tasting sweets." 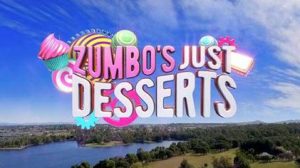 The last Netflix option is Zumbo's Just Desserts, an Australian show featuring 'dessert wizard' Adriano Zumbo, as he looks for the next "Willy Wonka" in this "tense competition that finds skilled amateurs competing for a $100,000 prize.

Cake Wars is a gruelling competition where expert bakers create mind-blowing cakes. Currently, the Halloween series can be watched for free on the ITV hub, and the main show can be purchased on Amazon Prime or found on YouTube. 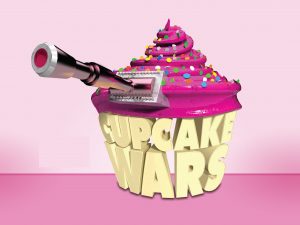 Four bakers compete to make cupcakes with best taste and presentation. Three rounds eliminate a contestant. The winner gets to showcase their cupcake presentation at a major event and win $10,000. The cupcake edition similarly has limited availability in the UK, but a few episodes can be seen on ITV hub. 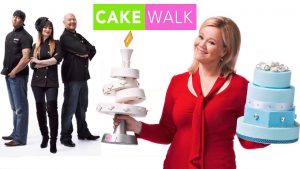 Another American baking compeition can be found on Amazon Prime. "The stakes are high as three cake designers race against the clock to design and complete a uniquely beautiful cake. In the end, it's up to three expert judges to decide who will take home $5,000!" 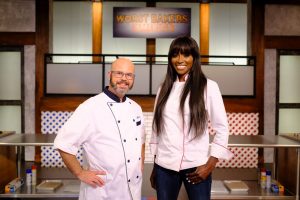 If you enjoyed Nailed It, watch some more spectacular cake fails unfold on screen in Worst Bakers, which is on Amazon Prime. This time competing for $25,000 the bakers are expected to improve as the competition goes on. 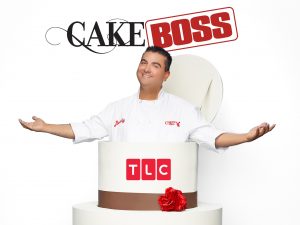 Cake Boss has been going for over a decade, so there's plenty to catch up on. Celebrity chef Buddy Valastro runs an Italian-American family-owned bakery, Carlo's Bake Shop, and uses the help of his mother and four sisters to prepare out-of-the-world cakes and pastries. 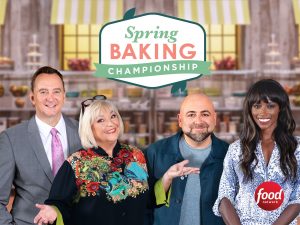 With a grand prize of $50,000, this Baking Championship is yet another American baking competition. There are also Holiday and Kids spin-off shows. Available on Prime Video to purchase.

For a gentler watch, away from all the competitions, try one of these... 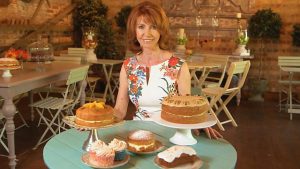 Actress and cake expert Jane Asher brings together a selection of recipes from the nation's favourite television chefs in Best Bakes Ever, available now on BBC iPlayer. 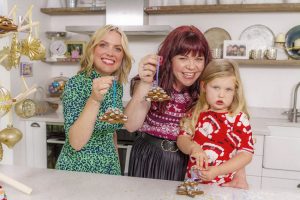 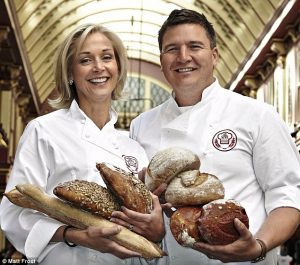 A really sweet TV series, originally shown on ITV. Featuring bakeries from across the UK. Mich Turner and bread expert Peter Sidwell go on a quest to find our best independent bakery, travelling the country checking out specialities such as lardy cakes, muffins, and lemon curd. There are two seasons worth on Amazon Prime. 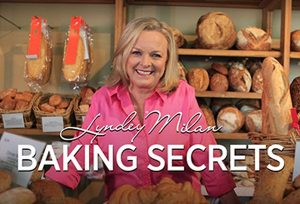 Lyndey Milan's Baking Secrets is a cooking series hosted by Australia's home-cook hero, that captures the heart of the current baking trend. Lyndey's effervescent and energetic personality along with her no-nonsense approach to baking will inspire food lovers to get off the couch and into their kitchens for a 'bake-over'.  Watch it on Amazon prime and there's a Summer version too. 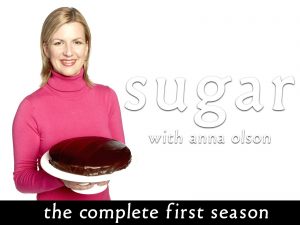 For a complete throwback watch Sugar, first made in 2002. Hey, baking's timeless ok?! Anna Olson satisfies sweet cravings with great dessert recipes and guides viewers through the whole process, from cooking to plating and presentation to finishing touch. Find it on Amazon prime. 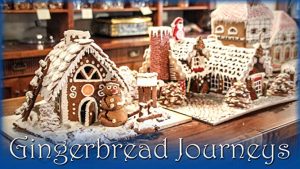 Lastly, a documentary on Amazon Prime which has some good reviews: From honey, flour, sugar, nuts and expensive spices such as cinnamon, pepper and cloves arises a miracle of confectionery art: gingerbread. Originally, gingerbread production was closely linked to monasteries, on the one hand, because around a monastery there always settled many craftsmen.