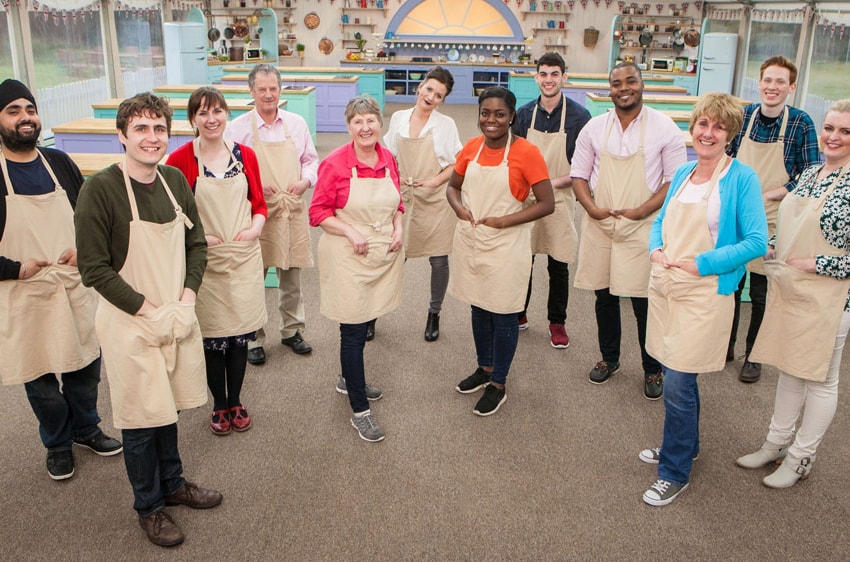 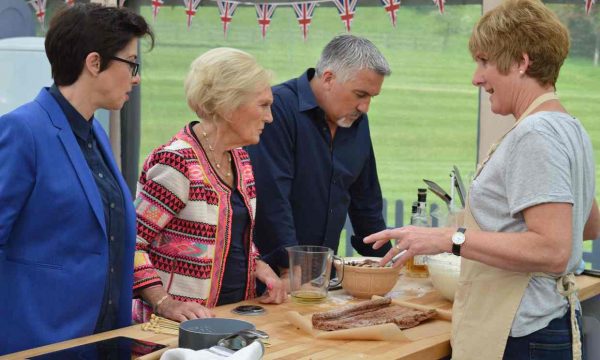 This challenge required the bakers to make a simple dessert, but where a there's a 'simple task' - there's a never a way. The contestants had to be smart with this challenge, thinking outside the box was key when it came to the flavours and design. Jane and Selasi took a different direction, literally, when rolling their roulade and we didn't understand and it didn't pay off, so it doesn't matter. Tom's looked a lot like a cake, not very subtle trying to cover his mistakes with a thick, chocolate layer smothered all over the roulade, awkward. Mary thoughts on Jane's roulade were all positive -  'Perhaps it’s the little bit of tipple in there I like.' What a woman, please stay with the Bake Off, Mary!

'What?' expressed a very confused Selasi, and too right, we were riffling through out baking dictionary too! *Story time* - Majorlaine is a French delicacy consisting of a nutty meringue sandwiched between two flavours of crème pâtissière, it is then covered in beautiful chocolate ganache and to top it off, more nuts!

Paul and Mary would like you to make a… marjolaine! #DessertWeek #GBBO pic.twitter.com/Hu1VK4Bfmk

Many of the contestants were flummoxed at this challenge, apart from Jane who was glowing with a hint of confidence. We loved Andrew's interpretation - “It’s like a Viennetta but posher.” - and to be honest, he's pretty spot on! Worried faces were seen on both Tom and Selasi, yes Selasi, the one we pin all our hopes and dreams upon...what a beautiful guy, so cool, so calm...anyway back to baking. When it came down to the judging upon the gingham altar, a soggy bottom was spotted almost immediately, these judges are good. Sadly, Selasi's was “a bit drunk looking” and the winner was...Andrew, his majorlaine was dressed to impress, with neat layers and delicate piping perfection.

24 of the tiny things! An ambitious task set before them and none of the contestants were going down without a fight. Tom assured us that his and Benjamin's apple flavoured cakes would turn out very differently but “Not necessarily to my advantage.” he said – we need to inject some positivity into this guy! Then came the gelatine, so many sheets of this stuff, we would encourage all vegetarians to avert their eyes when you watch this on catch up. Jane decided on a Fleur de lys decor for her cake wrap meanwhile, Candice channelled her love for all things vintage, bringing Mary and Paul, 12 champagne flavoured treats and 12 mint cake creations. It was such a close call this week, so many of the contestants were in the danger zone! Thankfully, Selasi stayed safe, at least one more week viewing happiness, you can relax girls! Jane, Candice and Benjamina were all saved but sadly, it had to be Tom to go this week and who was crowned star baker? Andrew! Nice one!