Latest
Maryland cookies WIN! 1 of 3 copies of Jane's Patisserie How to make fondant koala cake toppers £10 tickets to The Cake & Bake Show this October! How to start an online cake business part two – 6 ways to win on Google

Ed Sheeran celebrates his birthday with this amazing pizza 'cake'

Ed Sheeran has celebrated his 26th birthday by releasing a new single much to the delight of his fans. He also received an amazing pizza cake! 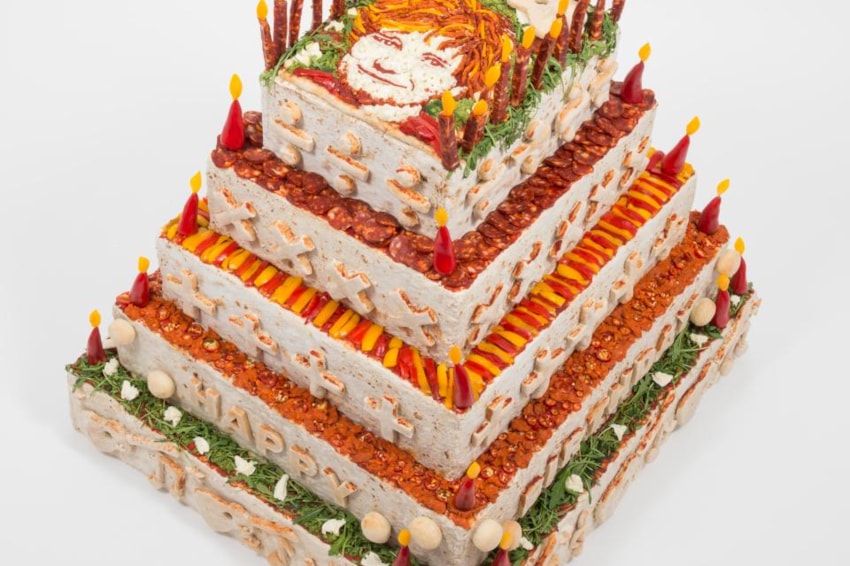 Ed Sheeran has celebrated his 26th birthday by releasing a new single much to the delight of his fans. 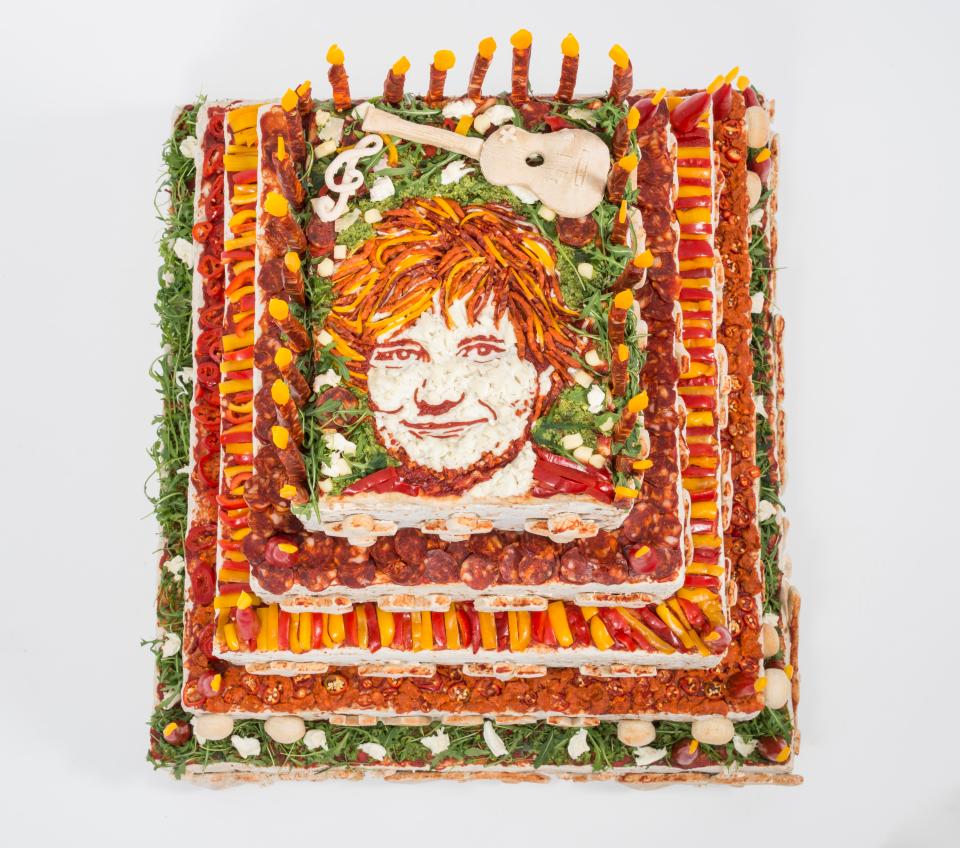 Image: Instagram/Pizza Express[/caption]   The worldwide superstar surprised his followers by releasing new song, How Would You Feel (Paean) ahead of the release of his new album Divide. The first two releases of his third record smashed the charts with their upbeat feel, his new song is a stripped back ballad which he performs on acoustic guitar. He later added: "As it’s my birthday I dropped a new song called How Would You Feel (Paean), give it a listen while I eat some cake x." The singer has fans all over the world including Pizza Express who teamed up with food artist Prudence Staite to create a layered pizza 'cake' with his Ed's face on, made out of the ingredients of his favourite pizza, the Calabrese. The epic 2ft 4 tall creation affectionately called the 'Ed-Abrese' consists of five spicy layers, each of which are tributes to Ed's incredible career. There's one layer inspired by one song on the singer’s ‘Multiply’ album, sandwiched between layers of succulent spicy sausage and red and yellow peppers. Another features the iconic Martin classical guitar in dough form; decorated with Peppadew pepper birthday candles, and a layer of Gran Milano cheese. Prudence said: “As one of the world’s best-loved artists, Ed Sheeran will surely have scores of presents and well-wishes on his birthday; however I’m fairly confident that a gigantic homage to his favourite pizza recipe isn’t going to be one of them. Have a fantastic birthday Ed!”   This story first appeared on The Sun