Latest
Sourdough; the real and the fake explained Types of icing: how many do you know? Introducing our brand-new magazine… Bake & Decorate! Coconut & apple rice pudding 7 healthy baking swaps

Great British Bake Off 2017: the semi-final

This week on the Great British Bake Off was the semi-finals! We almost cried at the fact that our Tuesday nights are soon to become empty and worthless. This week on the Great British Bake Off it was the semi-finals! We'll admit we almost cried at the fact that our Tuesday nights are soon to become empty and worthless.

The challenges this week seemed quite, well, challenging. First the bakers were asked to produce choux buns with two different delicious fillings and our mouths were watering!
This was our favourite. Delicate pastry filled with a luscious creamy filling and finished off with a tantalising topping and the bakers did quite well really. We particularly favoured Kate's peach bellini flavoured choux buns. What can we say, we love a good prosecco based drink! [caption id="attachment_16227" align="aligncenter" width="600"] 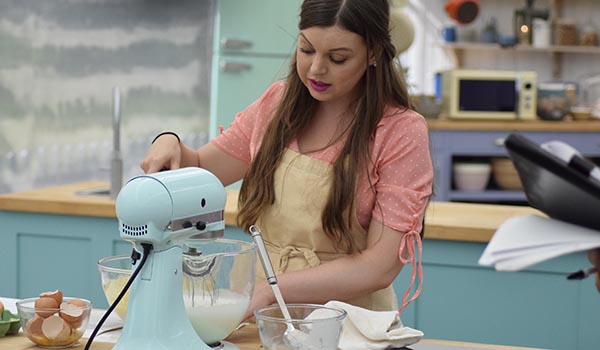 We'll be honest, we had no idea what a Les Miserables was, apart from the well known film. Yet apparently there is a cake version too?! Delicate sponge layered with ganache and butter cream. Sounds easy right? Yet this challenge left the bakers in an absolute state. [caption id="attachment_16228" align="aligncenter" width="600"] 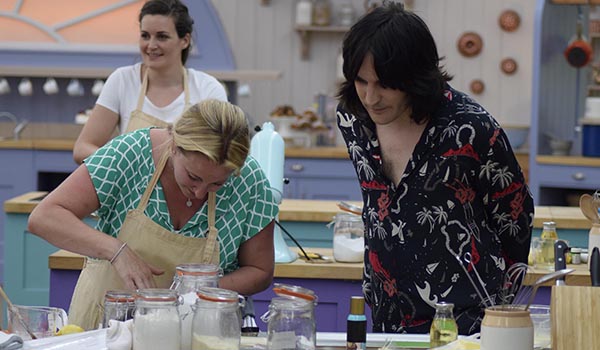 Image: Channel 4[/caption] Stacey messed up her butter cream, Steven was too easy on the food colouring and Sophie's ganache was a bit too thick. None of them particularly excelled and by this point we were thoroughly bored.

The showstopper challenge. The part we all look forward to. We wanted beauty and skill and everything in-between. It was the semi-finals after all. So you'd expect stunning and perfect bakes galore. Yet Steven made a school boy error making a chocolate basket in a hot tent, Stacey made puddings that Paul Hollywood described as looking like takeaway dishes, Sophie's bodice completely fell apart and Kate's rainbow creation looked like it was made by a five year old. [caption id="attachment_16224" align="aligncenter" width="600"] 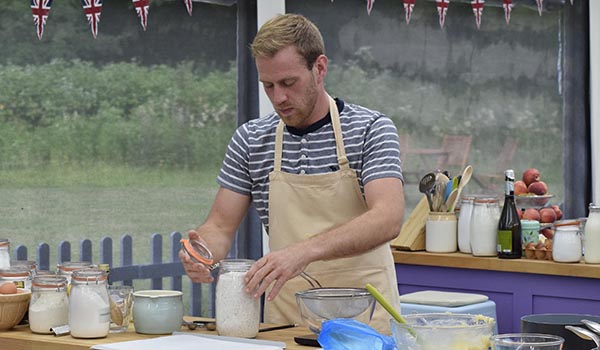 Image: Channel 4[/caption] We loved the look of Stacey's flamingo's and felt that she had redeemed herself after a shaky start. Yet this wasn't enough to keep her safe and fans were left outraged that Kate remained in the tent. Next week, we look forward to the final episode of The Great British Bake Off!
Content continues after advertisements