Latest
Around the world in 100 cake ingredients Royal icing made simple: Renshaw Academy's guide to easy decorating WIN! One of five ProCook Bakeware bundles worth £50! How to create a chalkboard effect cake £10 tickets to The Cake & Bake Show this October!

Guess what cake Bake Off Star, Iain Watters had at his wedding?

Do you remember Bin Gate Bake Off star Iain Watters who was part that 'bingate' madness in 2014 after he chucked his Baked Alaska in the bin, well... 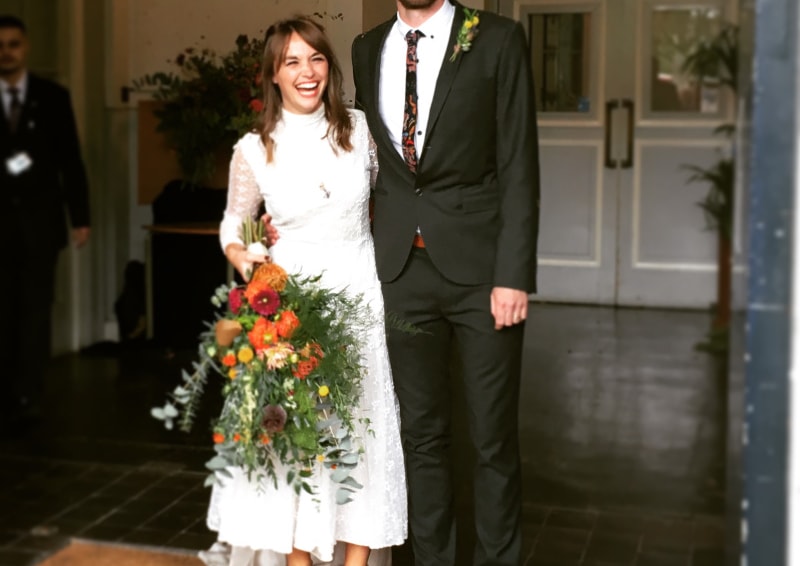 #BINGATE is back but with less controversy and more cake!

Do you remember Bake Off star Iain Watters who was part of that 'Bin Gate' madness in 2014 after he chucked his Baked Alaska in the bin? Well, he only went and chose Baked Alaska as for his wedding cake! What a legend, he deserves star baker! The disaster occurred when fellow baker, Diana, took Iain's cake out of the freezer, people were debating was she or wasn't she to blame. #BinGate started as silly hashtag but it escalated very quickly and current Bake Off presenter, Sue Perkins was forced to speak out and stop viewers from trolling Diana Beard.  Either way the incident, found it's way back into Iains wedding on Friday 9th September. This image really proves that he now sees the funny side! Phew! 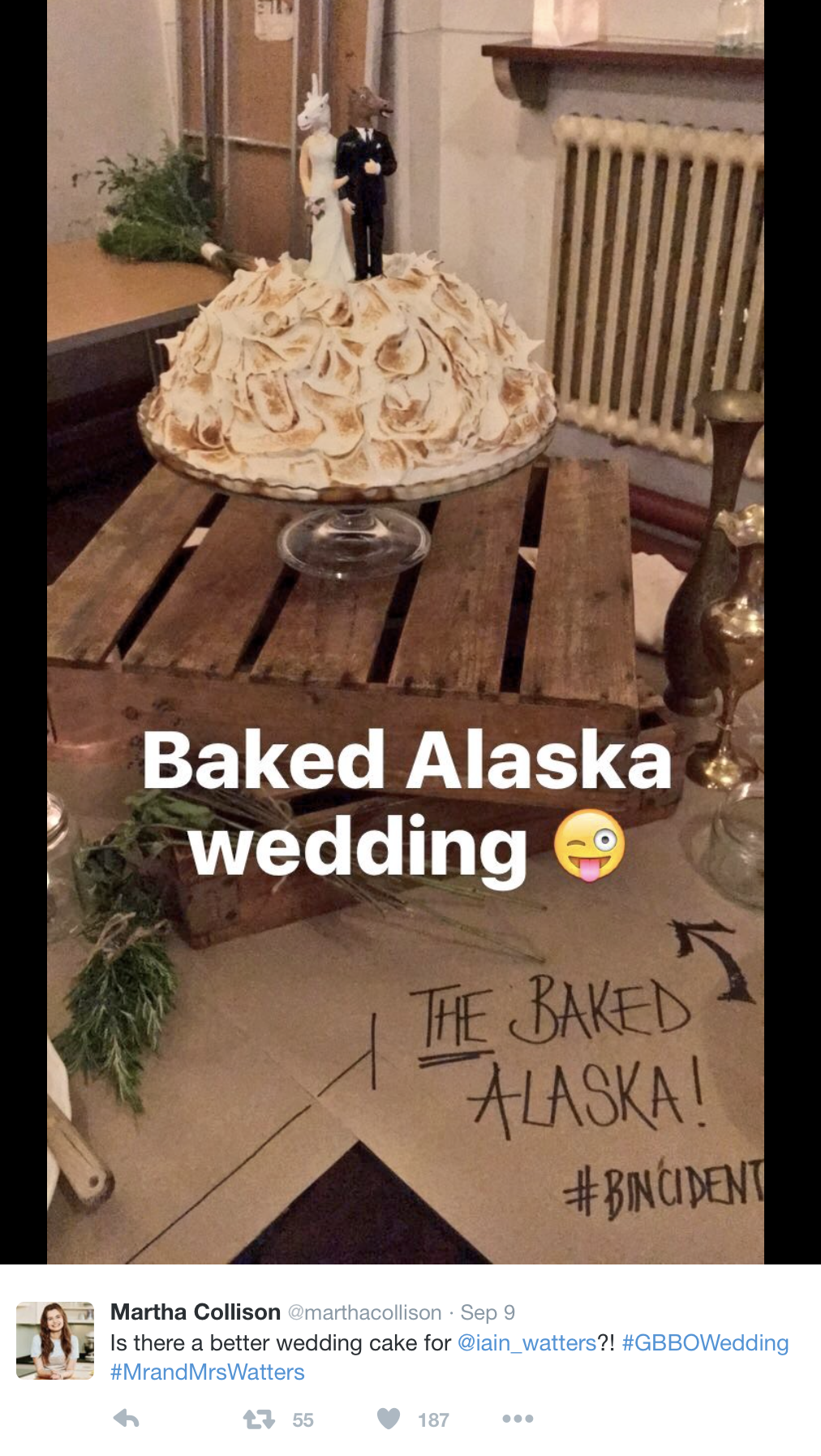 Besides the main cake attraction, Iain's wedding day was made extra special by Bake Off finalist Richard Burr and Cheta Makan, they were in charge of organising and creating the “dessert table” with no less than 14 cakes to feast on!

Richard said "I arrived a little bit early along with Chetna, as we had both made three cakes each for the heaving cake table (mine are on the left of the picture above, Chetna’s are on the right). I think there were 14 wedding cakes in total. I always get a bit nervous transporting cakes in cabs, but I took along my emergency cake repair kit (spare buttercream in piping bags and offset palette knife) and they were fine. Chetna took her three cakes on the train from Broadstairs with her overnight bag too so deserves a medal for that!" - from Richard's Blog 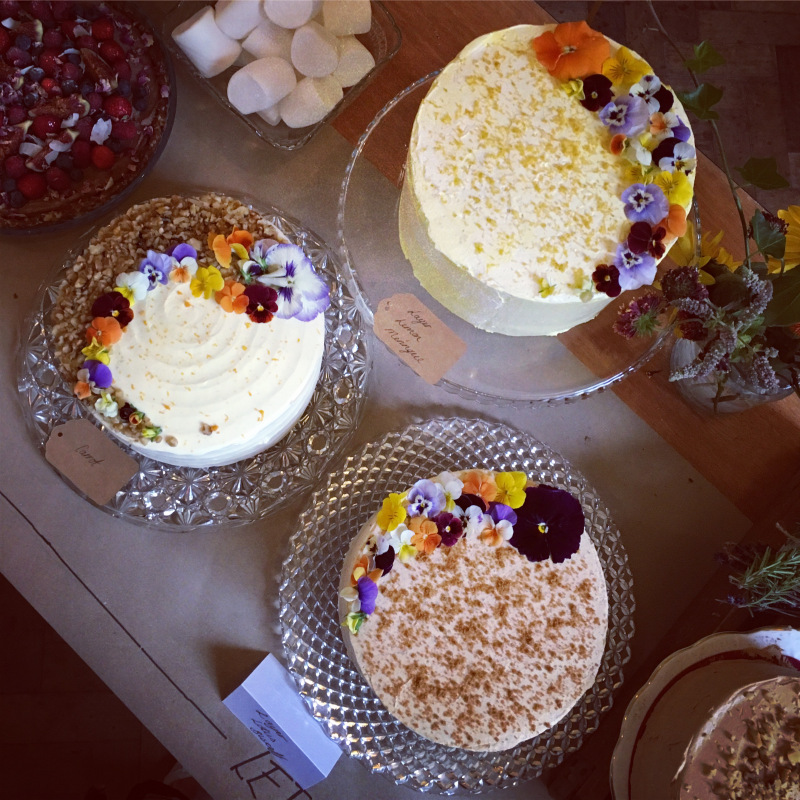 Image: Richard Burr [/caption]   ‘Great British Bake Off’ is currently in it's seventh series, catch it at 8pm every Wednesday night on BBC One. This article was found at Radio Times