Latest
Sourdough; the real and the fake explained Types of icing: how many do you know? Introducing our brand-new magazine… Bake & Decorate! Coconut & apple rice pudding 7 healthy baking swaps

Step back in time for this 1940s baking challenge

Ever fancied taking part in a World War Two Bake Off? Well this Yorkshire railway is holding one as part of their 1940s weekend Ever fancied taking part in a World War Two Bake Off? Well this Yorkshire railway is holding one as part of their 1940s weekend


If you're a passenger of The North York Moors Railway this weekend, you will be supplied with 'ration book recipes' and if you pass with flying colours by baking one of these puds you could win an afternoon tea trip! From October 14-16, you can pop along to anyone of the stations along the 18-mile preserved line and step back in time as each location will be set up to look like a scene from WW2, including re-enactments of troop movements and child evacuations.

We're setting up for #RailwayInWartime so there are some parking restrictions in force if you're visiting this week https://t.co/oeOmwQ0H26 pic.twitter.com/rApttKS6Wq

So what recipes could you try your hand at? Well, the organisers have created a recipe for a traditional steamed sponge pudding using basic ingredients available during the years of austerity. All those wanting to get involved from their own kitchens will need to share their efforts on social media with the hashtag #NYMRbakeoff, don't forget you will have a opportunity to win an afternoon tea at Pickering Station’s tearoom and a family travel voucher. Go on give it a go and rise up in the ranks –here's the recipe: 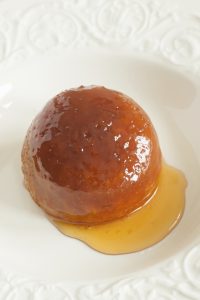